The Impact of Stigma: South Asian Stories of Mental Illness

This is part one of a three part series dedicated to discussing the stigma around mental illness in South Asian culture.

As a biracial person growing up in an Indian community half of the time, I came to learn early on how strong the stigma surrounding mental illness can be. I visit India once a year, and as much as I enjoy being in my second home, I often feel cornered. Since childhood, my emotions tend to come through intensely. I cry often, which raises questions like, “Why are you so moody?”

Right before my senior year of high school, just after my grandfather passed away, I began to understand my emotions were depression. It was the first time I realized mental illness was very much part of my life. I wanted my grandmother to see what was happening, so she could piece together part of the reason I am so “moody.” As I began to broach the subject, I was met with a chuckle and essentially told it was is all in my head.

I was crushed. I don’t know what I expected her response to be, but it wasn’t that. Later, as I began to figure out what I wanted to study, I mentioned my interest in psychology and understanding the human mind. “Psychology isn’t a real field,” was her response. Now that I’m nearing the end of college, I can say she is less abrasive when it comes to mental health. Do I discuss it with her on my own? No, but I can tell she is more receptive to the topic.

Nonetheless, I still struggle to explain my health to my family. When my chronic and mental illnesses make an appearance while in India, they chalk it up to “just stress.” All of this and more has impacted me emotionally. I find it difficult to communicate what I’m feeling, and I tend to isolate myself to avoid unwanted questions.

I’m not the only one who has faced difficulties due to stigma. Many South Asian communities — both based on nationality and religion — don’t acknowledge or validate mental illness. It is something that, as Mighty community member Benita T. said, is “swept under the rug.”

Why mental health stigma exists in the South Asian community is complicated. But generally, it is because people were raised to believe mental health is a weakness or that it doesn’t even exist. Mental illness is real, and having a mental health condition doesn’t make you weak.

To bring awareness to this unique perspective, we interviewed four people from the South Asian community. They shared their stories and ways the stigma impacts their lives, and even provide some words of wisdom for other individuals who may be in a similar position. 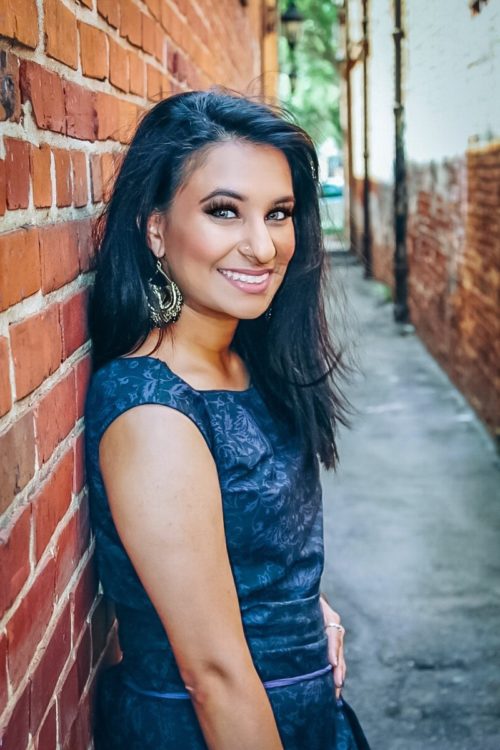 Vaidehi Gajjar, contributor and editor for Brown Girl Magazine, grew up in North America and is from a Gujarati Indian family. She is heavily involved in South Asian mental health advocacy, working on the boards of three different organizations. She writes about her experiences as well as mental health.

An only child whose family moved a lot, Gajjar now understands her anxiety began when she was young. These feelings increased after an assault, which left her feeling drained and caused difficulties socially in college.

When it comes to the connection between mental illness and culture, Gajjar feels “being Indian and Hindu definitely makes the discussion much more difficult between generations.” She added:

I feel that my own generation does seem more open to discussing mental health; however, there still seems to be a disconnect between the older generation and my own… There is largely a sense of never actually focusing on the mental illness, but rather other issues that may be a result of problems with mental health.

I also feel like no matter how open we claim to be with our parents, or the generations that came before us in general, there’s just some door that automatically closes when it comes to our mental health and the struggles that come with it.

Because of this disconnect, Gajjar couldn’t open up and didn’t seek help. Eventually, she found solace in writing and sharing her own story with others. She wants people to know that sharing your story isn’t about receiving pity or sympathy, it’s about promoting understanding.

“It’s for every individual suffering in silence day in and day out — simply because they’ve been made to feel like they don’t matter,” Gajjar said. “They all matter, regardless of whether they come forward with their story or not.” 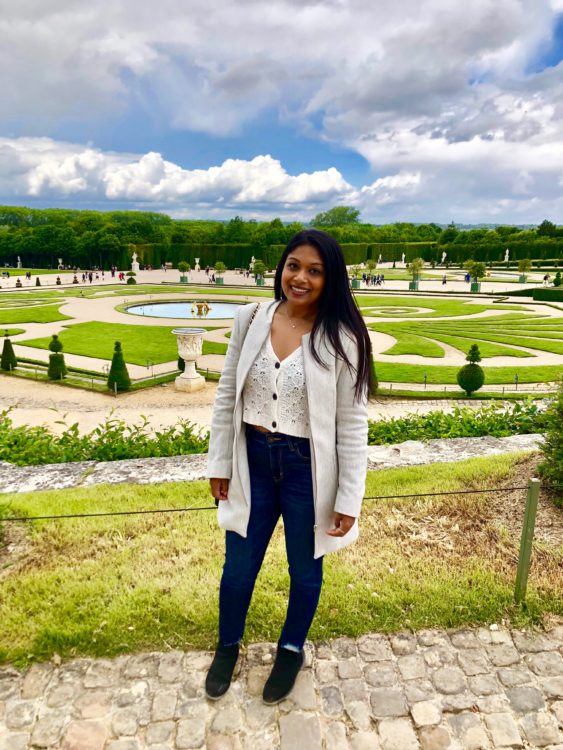 Subrina Singh also works at Brown Girl Magazine. She comes from an Indo-Carribean background. Her mother is a first-generation Trinidadian and her father is from Guyana. In college, she pursued Asian and Asian American studies and later South Asian religion and philosophy.

Since adolescence, Singh has fought with her emotions and some days struggles to accept her diagnosis of bipolar disorder. In 2012, she lost her eldest sister to gun violence. This event changed her emotionally to the point she began to have nightmares and suicidal ideation.

“This event pushed me to my first attempt,” Singh said. “Surviving suicide is a continuous battle… My mental health journey has been a roller coaster, but it has given me a strength that I never even knew possible.”

Singh had a hunch something was off before her diagnosis and wanted to address it — but cultural taboos began to creep up. She said:

I was 14 when I asked my parents to see a therapist. The answer was simple, ‘No. We do not air our dirty laundry.’ Basically, it wasn’t their way. If I had a problem, they couldn’t understand why I couldn’t come to them. But what I understand and accept now as mental health is so foreign to my parents.

When [a psychiatrist] gave the diagnosis of bipolar disorder, my dad asked, ‘When will she be cured?’ We all wanted to know because I too knew nothing about mental health or illnesses…They come from a world and culture where mental health and illness was not only not discussed but almost ‘didn’t exist.’ This entire journey has been a learning process that we have gone through together. I am grateful now that they trust my judgement.

At first, Singh’s parents felt pressure to try alternative means of treatment. Although her family is not religious, she began a course of more spiritual treatments: fasting, ritual baths and pools. None of them relieved any of her symptoms. Since then, Singh’s parents gained a clearer understanding of her diagnosis and the treatment required.

Her experience with religious treatments inspired her master’s thesis — a look at the stigma around mental illness within the Indo-Carribean communities of Trinidad and Guyana. She visited the two countries to collect data and learn about the use of religious treatments such as pujas, a type of prayer ritual, and Indo-Caribbean black magic known as obeah.

When she began her research, she realized “stigma and taboos surrounding mental illness are so deeply ingrained not only into our culture but very much so into the Hindu religion. For centuries, mental illness or instability of any kind was seen as demonic.” Hindu texts even discuss instances of these “episodes” and how this began an association between mental illness and evil.

Singh knows living with mental illness is often not easy, and that South Asians face another set of challenges, but she wants people to persevere in the face of adversity. She said:

We need to be brave and have the unwanted conversations. Our parents don’t understand, not because they don’t want to, but because they were never informed or never exposed. It is a different world now, and if we are patient change is out there. We can make change happen.

People will say hurtful things but mainly because they don’t understand; disregard their comments. Always make your mental wellness a priority. And to those that do understand, they still have not walked in your shoes and truly understood what it is like to live with a mental illness. Only you know the struggle, and for that I promise you are a better person. 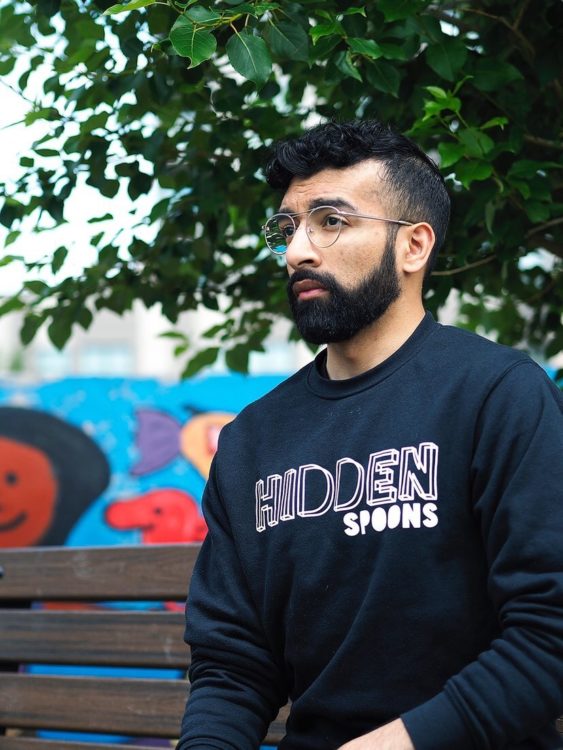 Ijmal Haider was born in Canada to Pakistani parents who immigrated in the 70s. Though they encouraged Haider to learn about his roots as well as Canadian culture, there was somewhat of a disconnect when it came to his mental health.

“Mental health isn’t something that is widely discussed in my culture. Admittance of a decline in mental health can be seen as weakness,” Haider said. “This doesn’t mean my family doesn’t understand it, it just took a while to reframe to them that it’s not a negative or a weakness, also that it’s ok to admit weakness and vulnerability in these areas.”

Haider believes stigma stems from being expected to be strong and not show weakness at a young age. “The focus is to be the best you can be, which can mean to hide any faults,” he said. 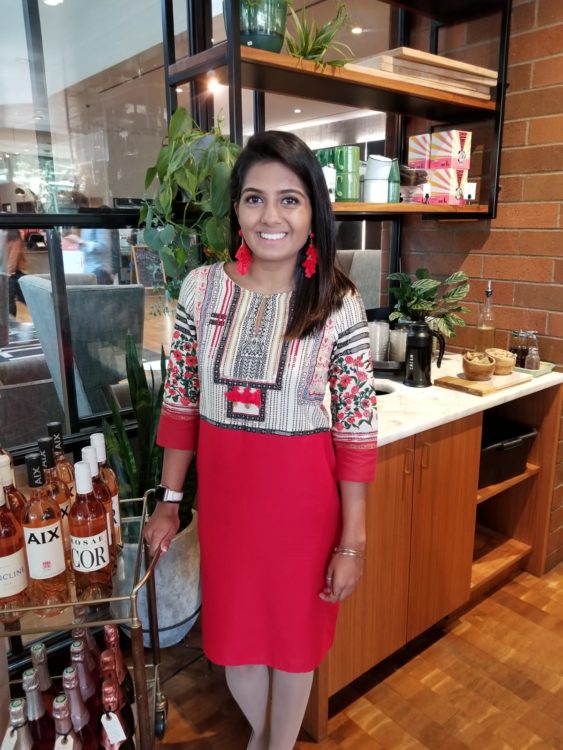 Pooja Mehta is a first-generation American from an Indian family. In school, she studied biology and public health and is working on a master’s in health policy. She also started Project: I Define Me — an initiative that lets people share their stories and show they are more than their mental illness. Mehta’s goal is “to influence the South Asian culture so that people are comfortable talking about their mental health struggles and asking for help, and that there are no economic or physical barriers to seeking care.”

Mehta began having panic attacks at the age of 13. Out of fear, she would hide away so her parents would not see. When they eventually found out, they were incredibly receptive and took her to her doctor. She was then diagnosed with schizoid anxiety and major depression. Despite this, Mehta’s family discouraged her from discussing her diagnoses

We were part of a robust South Asian community, and my parents knew how people with mental illnesses are treated in our culture, having seen it firsthand with family members. To protect me from that, they told me not to talk about my diagnoses with anyone, which I did until I was 19. However, Not being able to talk about it made me feel an incredible shame about having mental health diagnoses, and I didn’t really believe I had a problem, and therefore wasn’t really able to recover properly.

First, we are an incredibly tight knit community, with families being very close to each other and community members constantly in each other’s affairs. People are afraid to talk about struggling with a mental illness because they know that it won’t be a private matter—the entire community will be gossiping about it over a cup of chai.

Second, a lot of us are first generation Americans, and our parents really struggled and made a lot of sacrifices to come to this country. With all of the privileges afforded to us, we have no justification to feel sad or anxious or compulsive (of course, mental illnesses don’t need justification, they just happen).

I was an intern on the Chronic Illness team this past summer. I currently attend Boston University and study journalism and psychology. My health journey has been up and down since high school. Some of the conditions I live with are fibromyalgia, POTS, CFS/ME, occipital neuralgia, and SPD. Feel free to follow me on Instagram: @spare.spoons

anjali
Want more of The Mighty?
You can find even more stories on our Home page. There, you’ll also find thoughts and questions by our community.
Take Me Home