34 Truths People Who Get Migraines Wish Others Understood

There are 36 million people in the United States who live with migraines, according to the American Migraine Foundation. A migraine is an inherited neurological disorder characterized by hyper-excitable brain networks that result in attacks. These networks can be triggered by a variety of stimuli including alcohol, light and smells, or they can become spontaneously active. Long story short, a migraine is not as simple as it may appear to be to others.

To better understand it all, The Mighty asked our readers who live with migraines what they wished people could grasp about this debilitating and often invisible condition. 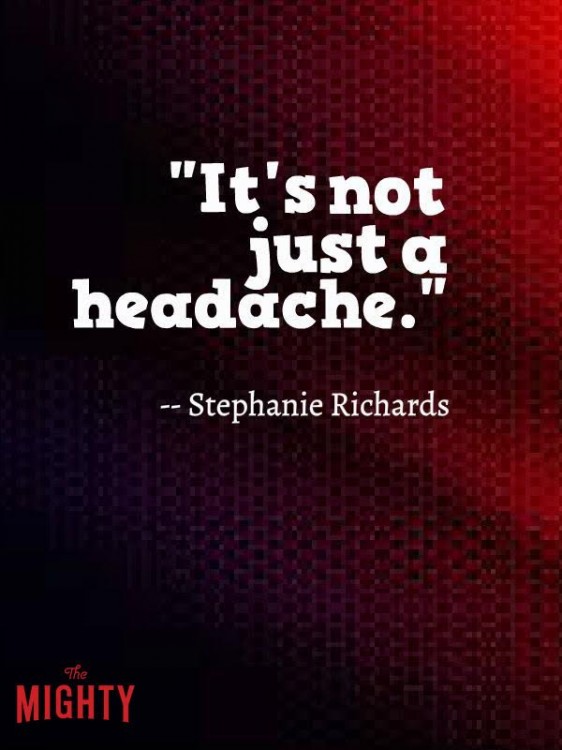 2. “Chronic migraines are on a totally different level than the occasional migraine. You end up living in fear of when the next one will hit.” — Joey Caylor Spencer 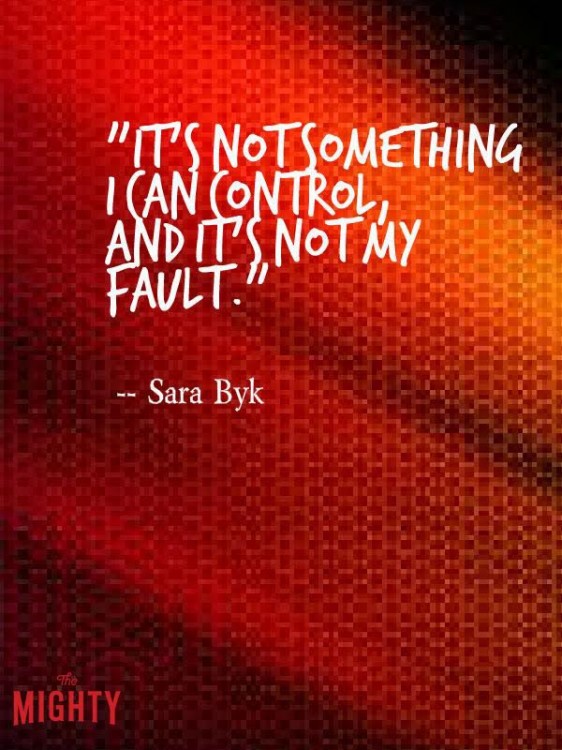 4. “Some of us get warning signs that a migraine is coming. I get signs up to a full day before the pain starts. The anticipation of the pain and resulting anxiety sets me on edge. When I know it’s coming, I get desperate for anything that will stop it.” — Melissa Goodman

5. “Excedrin Migraine is a complete waste of time if you have an actual migraine. And yes, three days later, I’m still on the same migraine. And no, I can’t just ‘tough it out.’” — Jen Briggs 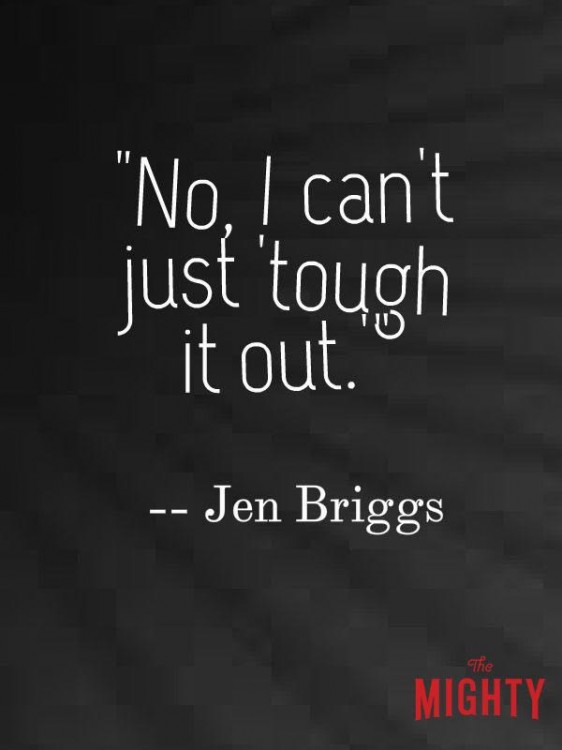 6. “One can look functional while in a lot of pain. Not all migraines develop into the hang-over-the-bowl, turn-out-the-lights, don’t-speak-to-me-for-four-days kind. We take care of our kids, go to work (mostly) and even drive carpool to school while quite ill.” — Nancy Roko

8. “It’s hard to leave the house because of the fear one might happen while you’re away from your safe place.” — Chanel DeSimone 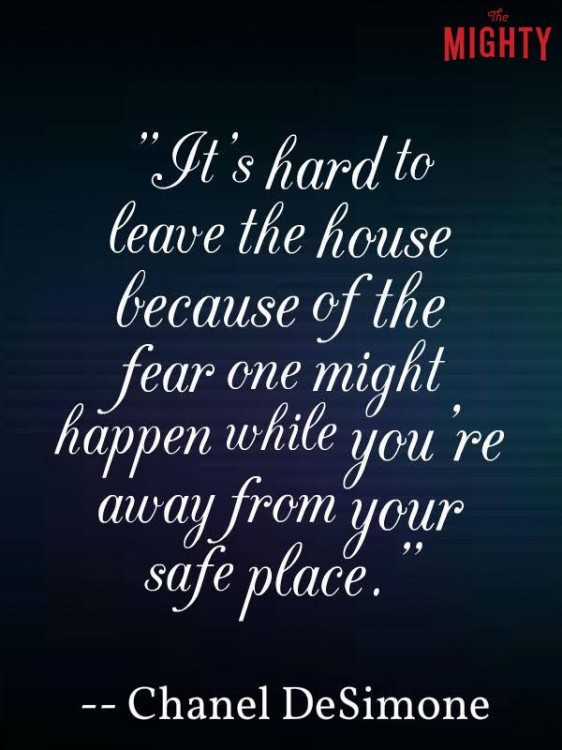 9. “For the sake of others, you usually pretend you feel much better than you actually do.” — Shelly Boeve

10. “It’s different for everyone. So the ones your sister’s cousin’s uncle’s ex-fiancé had are not the same as mine.” — Kim Robinson 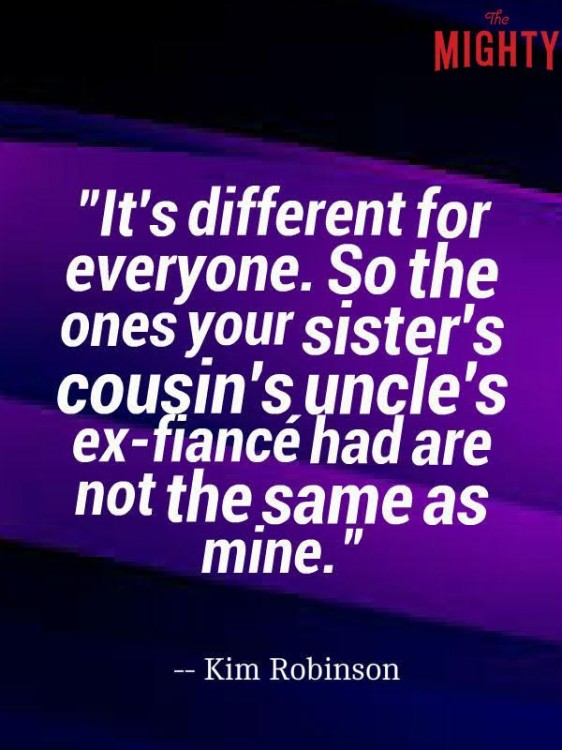 11. “The sounds of clinking dishes, pots and pans or a squeaky door can be excruciating, even one floor away.” — Sarah Connell

13. “If you wear perfume or aftershave near me when I have a migraine, I might have to kill you. Except I’ll be in so much pain that I won’t be able to.” — Regina Maclean

14. “I would not wish it on my worst enemy.” — Amy Hollebeek Wigger 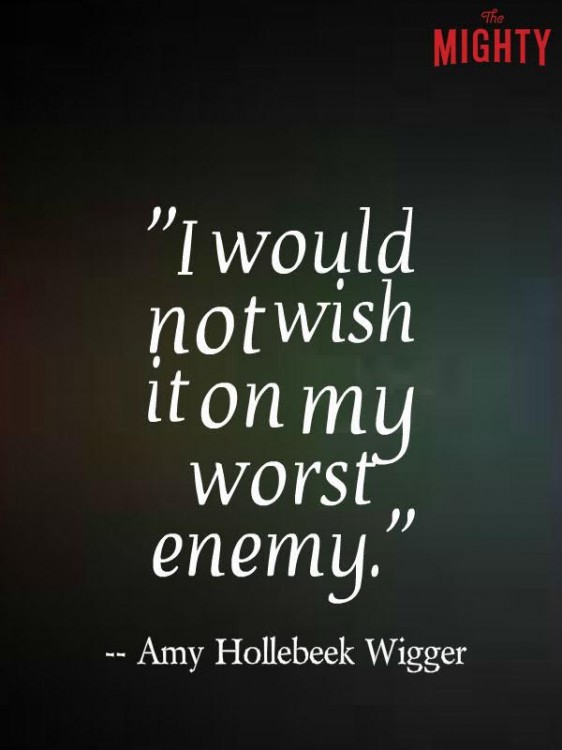 15. “I’m not faking. It bothers me when I have to cancel plans, but I would never do it unless I absolutely had to.” — Shen Mager

16. “Pain meds do not get rid of a migraine. They may ease off the pain for a bit and give me room to breathe and function, but I’m always in pain. And yes, I’ve tried all the folk stuff your great grandma with migraines tried. I’ve also been to some of the top doctors in my state. I would give up years of my life to be pain free for just a little while.” — Carla Estevez 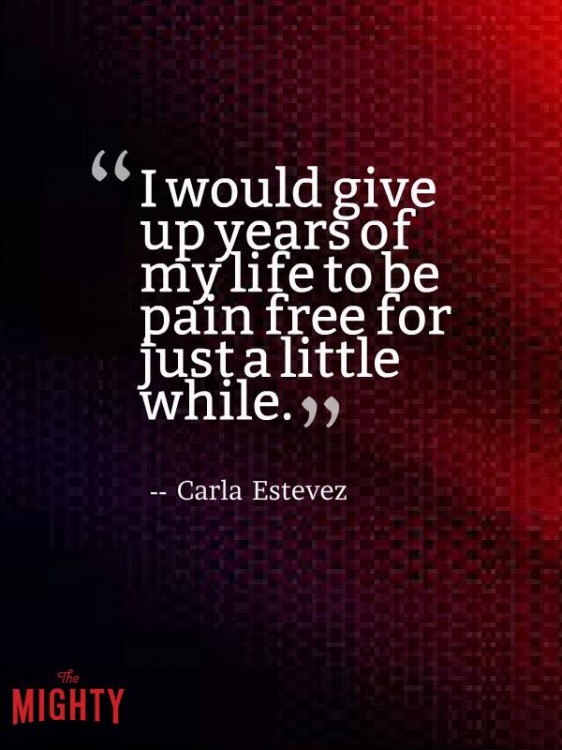 17. “When I have migraines, I can see them. It’s like a firework display in my peripheral vision.” — Sherry Morrow- McDaniel

18. “The inability to concentrate is horrible, and it takes so much effort just to focus on one simple task daily.” — Michaela Shelley 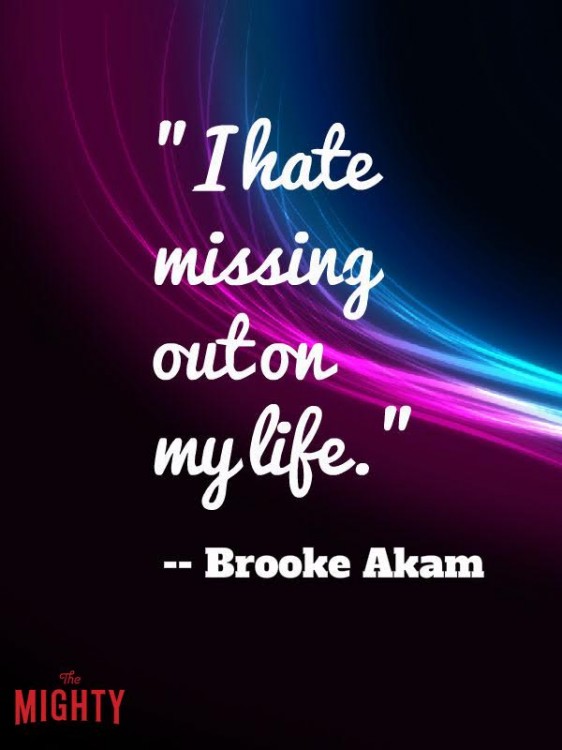 20. “The difference between a headache and a migraine is like comparing labor pains to an upset stomach.” — Jenny Macqueen

21. “Everyone experiences migraines differently. Some get aura, and others don’t. Some need to be flat on their backs, and others can’t lie down. Some need silence and darkness while others aren’t affected by these things too much. Migraines can change and evolve over time and with age and with life events such as pregnancy.” — Heather Ingraham Denman 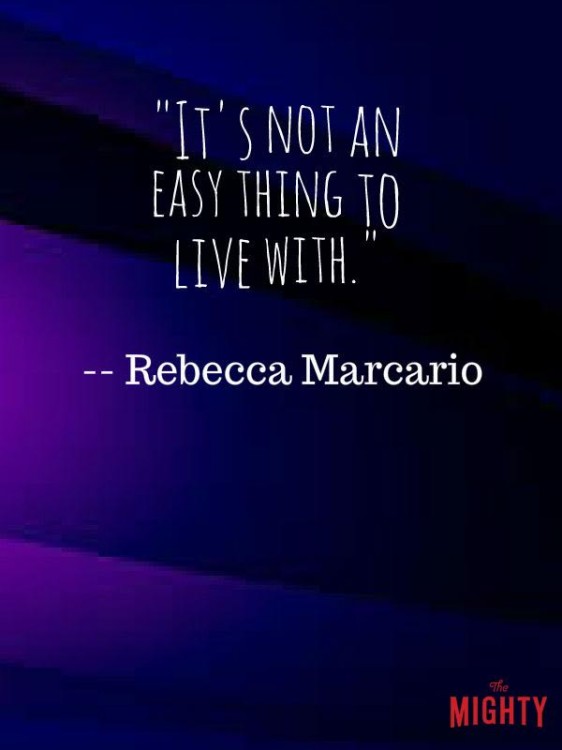 23. “I’m not an antisocial hermit by choice. It’s a necessity.” — Valma Ashpaugh 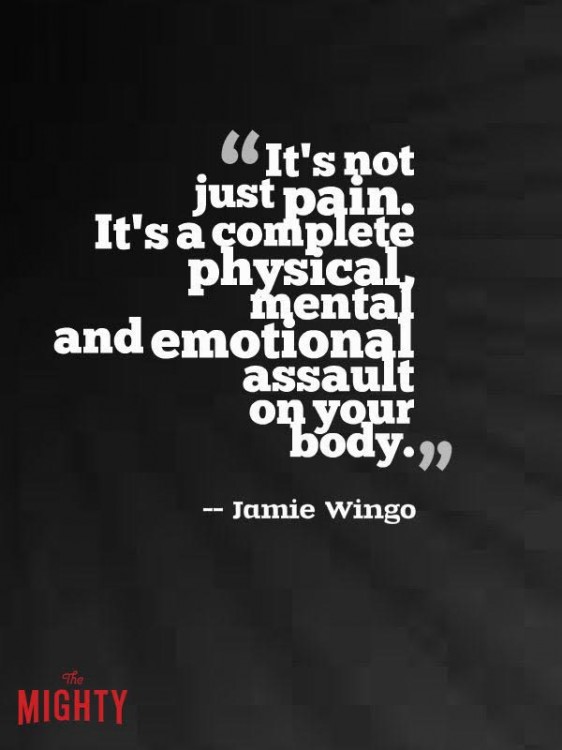 26. “Yes, I do have to cancel my appointments. I’m not willing to endanger myself and my children to drive while blind.” — Jessica McManus

27. “It feels like your head is about to split open and some alien is going to pop out.” — Erika Jean 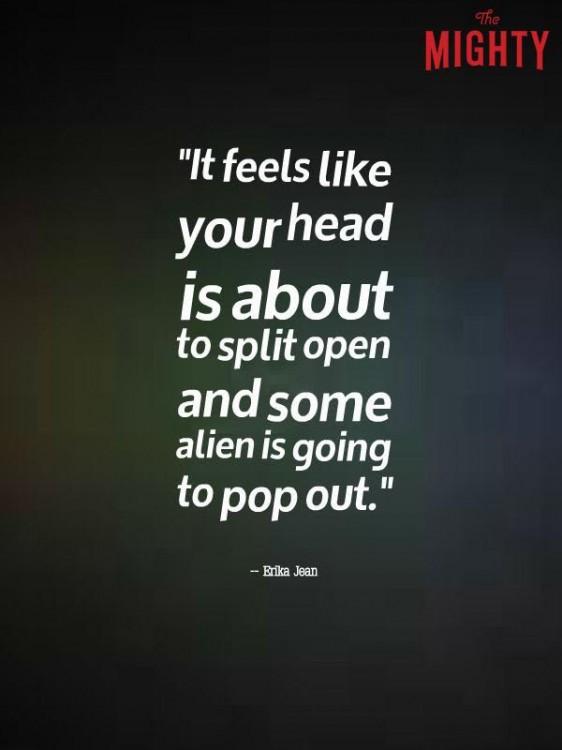 29. “Even light and air hurt. My skin feels like somebody sand-papered it. It’s not something one can snap out of.” — Theresa Belcourt

30. “My migraines are not meant to punish my family. I hate the time migraines take from them.” — Kristen Schlagel 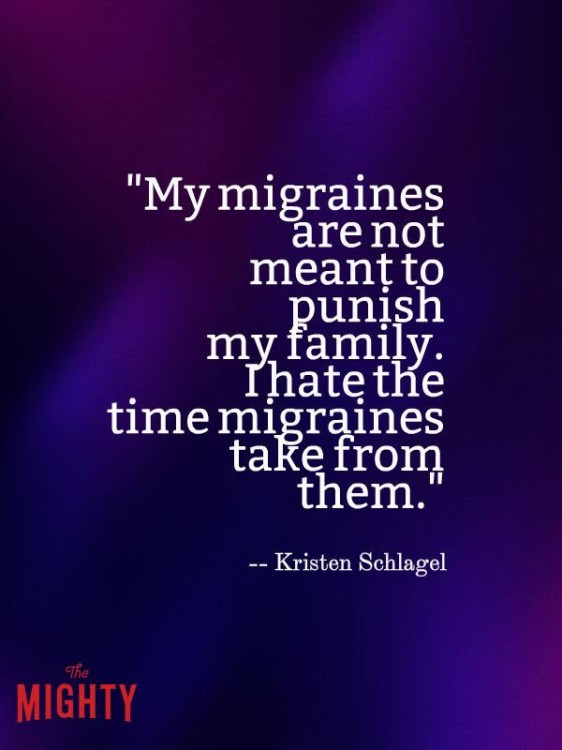 31. “There is no such thing as a quick fix for a migraine.” — Amanda Dillon

32. “They can knock you in the dirt. Your whole body aches, and it feels like your head will explode. All you can do is go into a dark room, lie down and pray for it to stop. You can’t eat or sleep, and this can last for days. This is not a joke. I hate having them; it makes you feel worthless because you can’t do anything to stop them.” — Linda Eakins 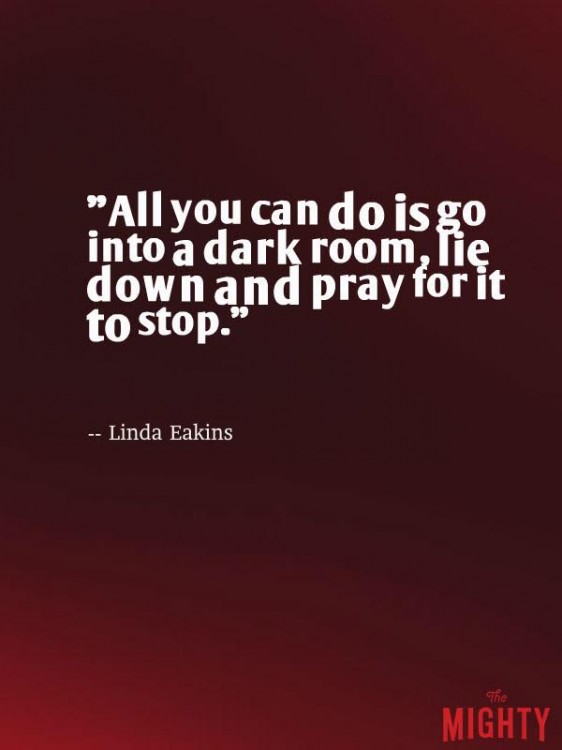 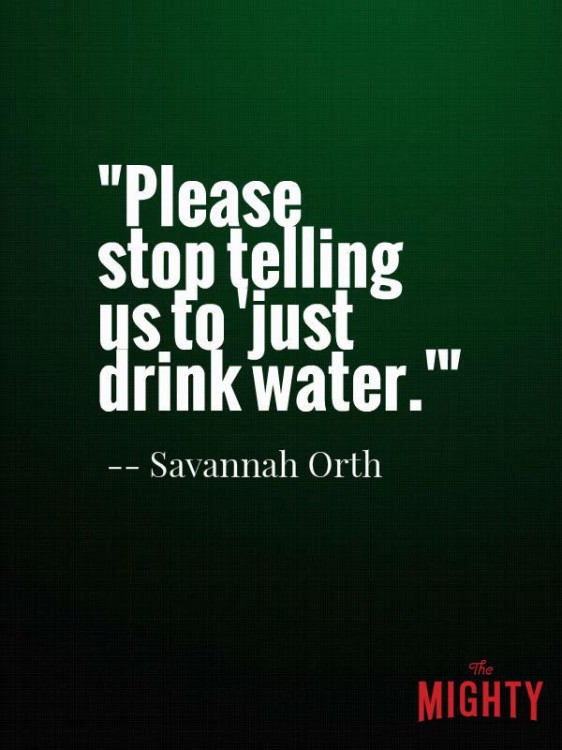