“I don’t know if we each have a destiny, or if we’re all just floating around accidental-like on a breeze, but I, I think maybe it’s both.” –Forrest Gump

The other day, as I watched my IVIG medicine slowly drip, drip, drip into my body, I had a thought: “I wonder how many millions of events had to occur – exactly as they did – to bring me and my wife, Angela, together?”

The love of my life had just left the infusion suite after dropping by for a visit on her way to work, and it was a wonder to me how lucky I was – we both were – to find each other and to be blessed with our two beautiful children and so much happiness.

We met at work. Capital One was a young, fast-growing company, and since they weren’t able to keep pace with all the new hires, they were just sticking newbies wherever they could find an open desk. My wife and I were in completely different departments, but since chaos ruled the day our cubes were right next to each other.

The roads we took to Capital One were filled with a variety of potholes and detours. From high school and through college, I could cite several examples of how one minor change, perhaps a slightly different decision, might have altered our paths to meeting on November 2, 1998. When my future wife unpacked her boxes next to some guy who wore three-piece suits (before they were popular), unabashedly sang loudly in his car, couldn’t stop smiling and had a really funny sounding last name – Wentink – was that chance… or fate?

A common question I’m asked is, “Do you know how you got multiple sclerosis?” and my initial reply is usually, “I don’t know.” It’s not meant to be curt; ask any neurologist the same question, and they’ll give a similar response. There is just so much currently unknown by the medical community regarding the how and why people get MS.

I do, however, have a three-part theory of why I may have developed MS. I spent my youth in Northern Virginia and even lived in Germany for three years. For some reason, there appears to be a link between MS and reduced Vitamin D exposure. When I was diagnosed with MS at The Mayo Clinic, the doctors even asked if I spent any time growing up on the East Coast, where the sun isn’t as prevalent as in Texas.

In high school, I got a pretty bad case of mononucleosis (mono, aka Epstein-Barr virus). I even remember one of the doctors mentioning how important it was for me to take it easy, how my immune system might never recover if I’m not careful. Recently, mounting evidence has linked the Epstein-Barr virus to a greater likelihood of developing MS.

The last factor in my three-part theory is predisposition. Billions of people grow up in non-Mediterranean climates and 95 percent of them are exposed to mono. That doesn’t mean they all are going to be diagnosed with MS… but, in my case, when I was born, in addition to my rugged good looks and outstanding comedic timing, it appears the way my DNA was constructed left me at risk for MS.

In a way, it’s kind of humbling when you think how random life is. Just one or two minor alterations in my choices (or my parents, or any number of my ancestors) could have led to a completely different world for me. But it’s also exciting to consider how each new day is another chance to be a new person; an improved version of who you were 24 hours earlier. If you don’t like who you are or where you are going, chart a new course. 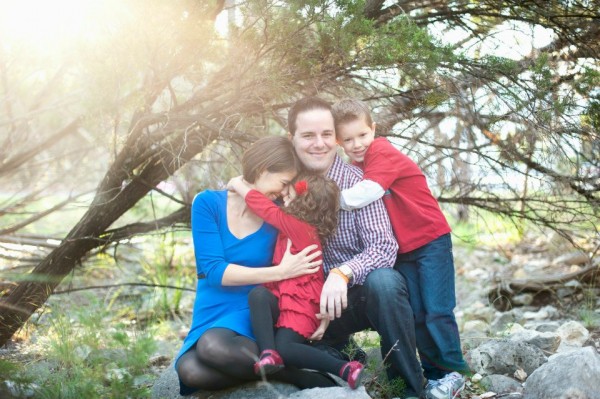 Was MS always my destiny? If I grew up in a Vitamin D-rich climate and never got so much as a coldwhen I was younger, would I still have been diagnosed with MS on May 13, 2008?

I’ll never know for sure. But if you ask me whether I’d trade the life I have for another version of me that doesn’t have multiple sclerosis, I’d say, “No, thank you.”  All of those millions of events had to align just right to create the world that I currently live in – a life that includes my wife, family, friends and life experiences… I’m forever grateful for this journey, even if it did lead me to a life less traveled.

This blog was originally published on the MS Connection Blog.

In 2008, Michael Wentink was diagnosed with multiple sclerosis. At 31, he was a new father, a recent MBA graduate and a Director at a Fortune 500 company. MS altered this path and Michael is now navigating life on a road less traveled. A native of suburban Washington D.C., Michael currently resides in San Antonio, Texas with his wife and two young children. His website can be enjoyed at mjwentink.com and follow his Twitter musings @mjwentink.