Please Don't Tell Me to 'Think Positive' About My Health

I’m sick of hearing about positivity. I don’t want to consider the power of positive thinking. I would rather be honest about all parts of own my experiences.

I became aware of weaponized positivity after the 2016 presidential election. I was terrified my husband would be deported (or worse), anxious I’d lose my healthcare (expensive pre-existing condition here) and I was scared and depressed in general. I wanted to hide in bed and pretend it never happened.

One of the first conversations I had that morning was with a colleague. We talked briefly about the election and as he went to his classroom he told me to “stay positive.” It felt more like a command than a reassurance. With each subsequent interaction, I realized his need for my positivity had nothing to do with my experience and everything to do with his comfort. I believe it was positivity used as a silencing tactic. Gaslighting masquerading as support.

Since then I’ve been considering what constant messages of “think positive!” actually mean when you’re experiencing negative events. I want to believe that most people encouraging constant positivity have good intentions, but the end result is still erasure of true, lived experiences. I don’t feel positive about my health.

Seventy-two hour migraines and severe, disabling fatigue (and thousands spent on doctor and hospital bills) are part of my life, but I don’t think they don’t deserve celebration or a feel-good spin. Asking that I see the “bright side” of shitty experiences is incredibly invalidating, especially when there are many other parts of my life I do see as positive and valuable. 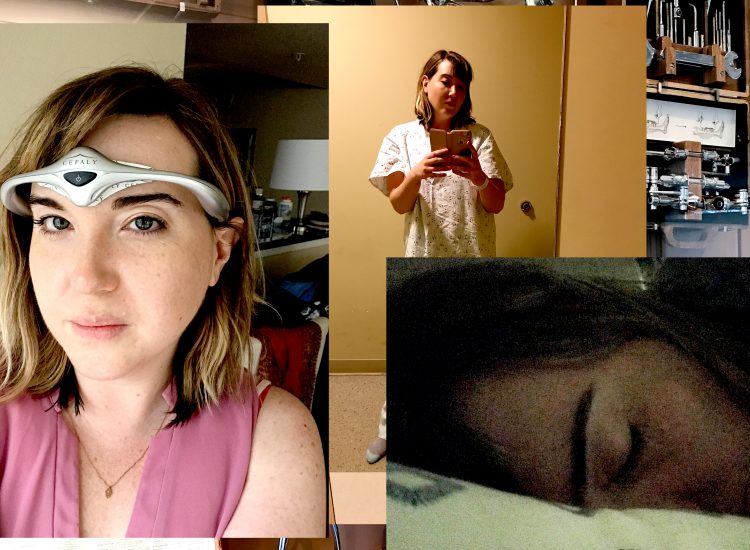 I’m not advocating depression or a 100 percent pessimistic view on life, but I believe the ability to see negative emotions as valid and as valuable as your positive ones. I question anyone who praises never complaining as a trait, especially when it’s spoken in reference to oppressed and disenfranchised groups. Disability activists have done great work speaking against “inspiration porn”(ableist content). The same issues apply to the language of forced positivity.

If you’re going through something awful, be loud and honest. Don’t hide or sugarcoat negative experiences, and don’t allow others to insist that you do so for their comfort. Speak out about what it really means to have a chronic illness or an invisible or visible disability. No more smiling through the pain.

I'm an artist, writer and volunteer baby goat cuddler (really!). I grew up in the midwest, started my teaching career across the Atlantic in London and now work from home in Seattle.

chelsea-vaught-1
Want more of The Mighty?
You can find even more stories on our Home page. There, you’ll also find thoughts and questions by our community.
Take Me Home