15 People Describe What It Feels Like to Have Multiple Sclerosis

Multiple sclerosis (MS) is an unpredictable and often debilitating disease of the central nervous system that disrupts the flow of information within the brain and between the brain and body. according to the National Multiple Sclerosis Society (NMSS). The exact cause of MS is still unknown and symptoms vary greatly from one person to another, which can make it difficult for people who live with the disease to get others to understand what they’re going through.

The Mighty teamed up with NMSS to ask people who live with MS how they would describe it to others. 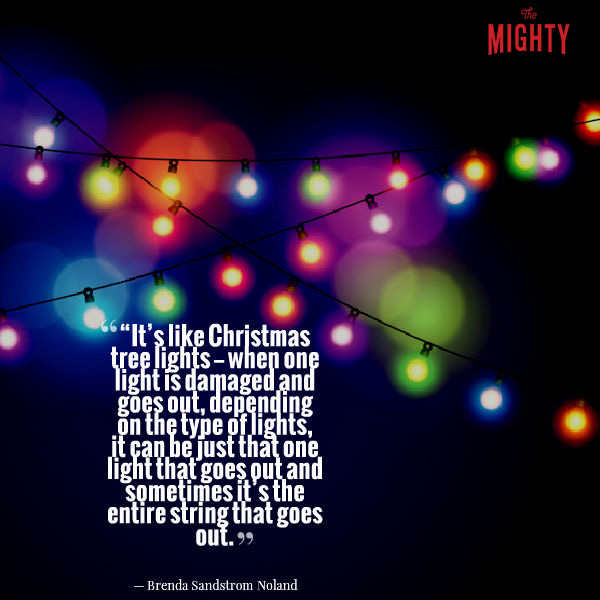 2. “A fatigue like no other and a feeling as if I’m wearing soaking wet knee socks, no shoes, and walking on cobblestones.” — Jan Garms

3. “We deal with pain all over the body and fatigue so bad it feels like you’re in quick-drying cement.” — Thomas Macdonald 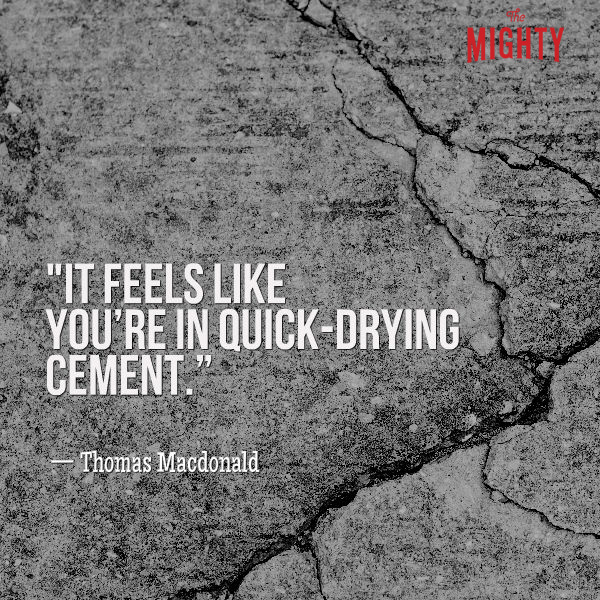 4. “Think of the most physically taxing thing you have ever done. Now imagine that you have to do that every waking moment of every single day, wearing a full suit of chain mail and your hands and feet are asleep. And those are the good days.” — Angela Wagg

5. “Most people have a gallon of energy every day. I have a pint.” — Lucille Laflamme Wiemer 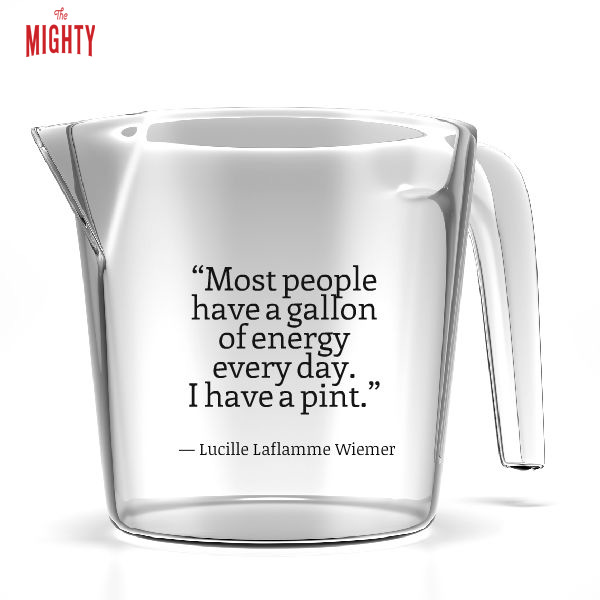 6. “Walking down the street is like trying to complete an army obstacle course while drunk, wearing shoes that don’t fit on the wrong feet with ankle weights and 3D glasses.” — Clairey Conlon

7. “[It’s] like wearing a tuxedo made of lead. Lead shoes and underwear, too, and a jaunty hat that weighs 40 pounds. Now, go dance like Fred Astaire!” — Jemiah Jefferson 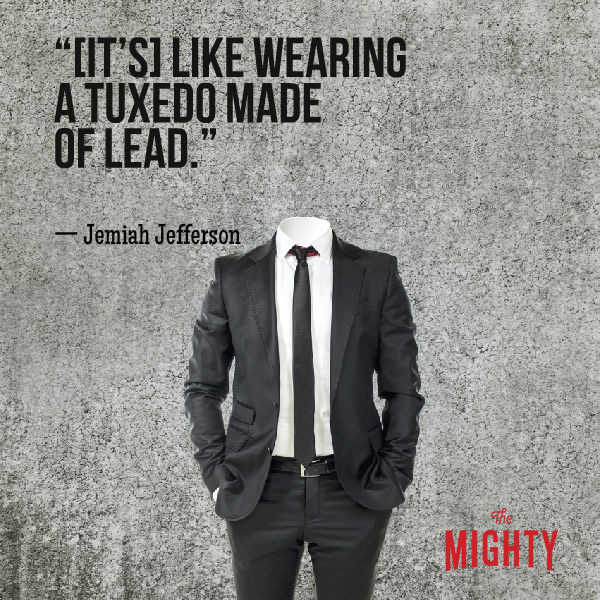 8. “I always compare MS to the extension cord that you plug into the wall to work a TV. The TV is your body, the cord represents the nerve transmitters and the outlet is your brain. A TV with a normal cord works fine. However, if a cord is partially cut, the TV no longer works like it used to. The ‘outlet,’ or brain works fine, but without the nerve transmitters (cord) completely intact, the TV will only work part of the time. Sometimes you can bend the cord just right and you can’t tell anything is wrong. However, if the cord is bent in a different way it causes the connectors to not match up right and the TV either partially works or doesn’t work at all.” — Lyndsay Llewellyn Baker 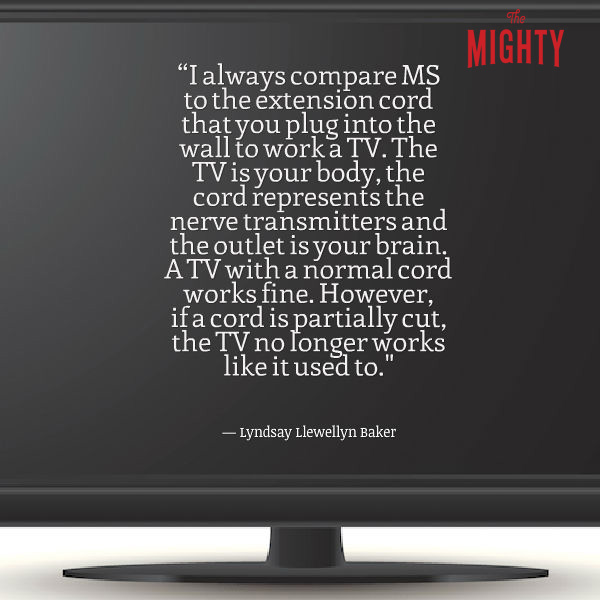 9. “It is a surprise attack from your body that sometimes makes your eyes blurry, your feet not lift up, your legs cramp for no real reason, and it gives you a kind of hug no one ever wants to feel!” — Margaret Marcelak 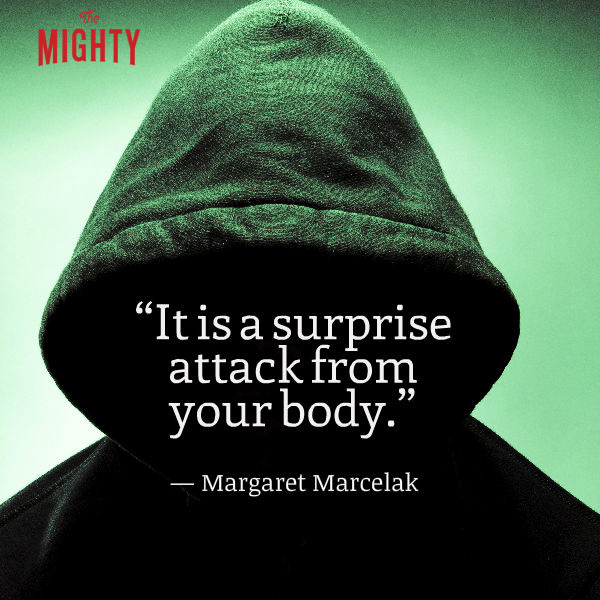 10. “Every day is a challenge because of the uncertainty. MS is a lonely disease because it’s so hard to explain to people because so many of the symptoms are invisible.” — Rebecca Gibson Kimble

11. “You know that lamp that flickers and drives you crazy? Well that’s what I feel like all the time — like everything is short circuiting. [I] have to concentrate on walking without falling. Some days the pain is unbearable. [I’m] always exhausted even after a full night of sleep.” — LuAnn Ault Hawk 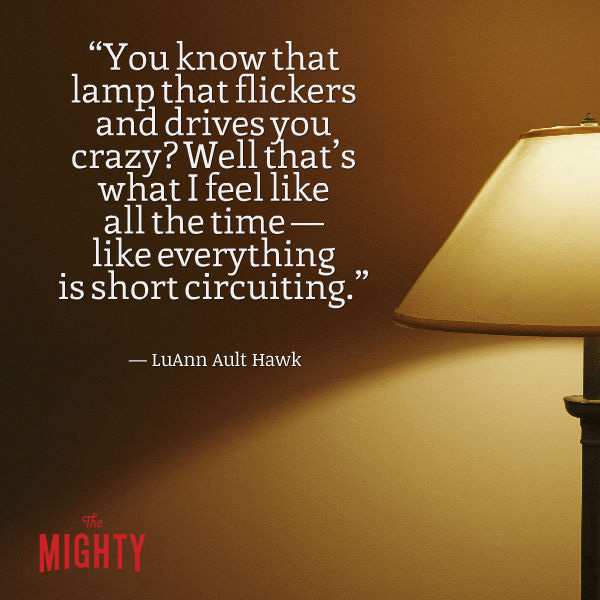 12. “Ever seen an electrician strip a wire? That’s what my immune system is doing to my entire nervous system, only it won’t stop there. It’ll get greedy and go for the raw nerves. This includes my brain, spinal cord and optic nerve, along with every nerve in my body. If this happens to a wire, conductivity is interrupted, lessened or lost, and it’s no different in the body. But unlike electrical work, with standards, MS is random and no two cases are alike.” — Kastie Pavlik 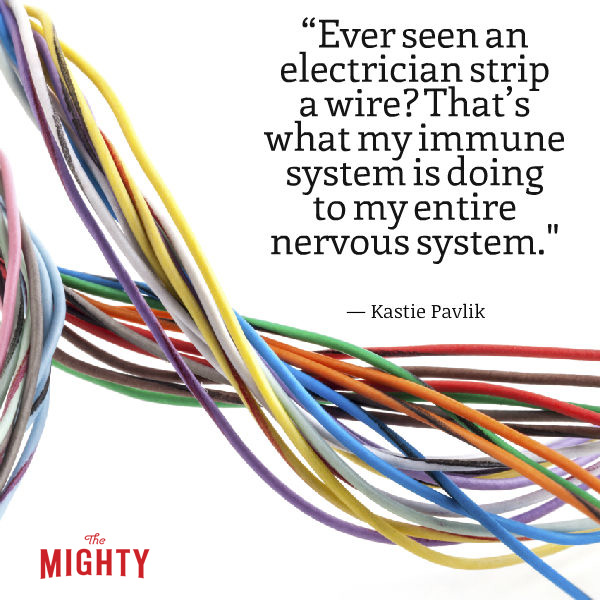 13. “I just say I have relapsing-remitting multiple sclerosis, which means I have good days interspersed with bad days, and if I do or say things in an odd fashion, it is because the scars on my brain have damaged or altered the way I function.” — Megan Harding

14. “It’s like trying to have a modern car function normally with no insulation on the wires or any part of the electrical system.” — Robert Laibach 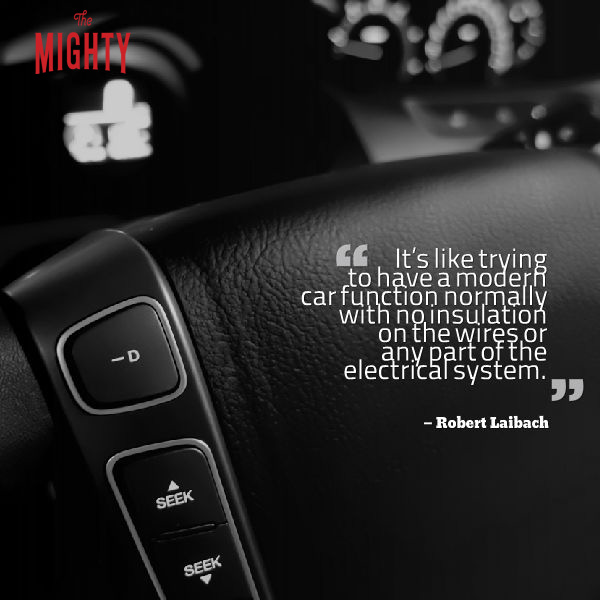 15. “MS affects your mind, body, soul, career, family, spouse, children, parents and your friendships… You put on the game face and hope you can keep from showing the cracks in your armor for just another day.” — Ashley Poindexter-Tarmy 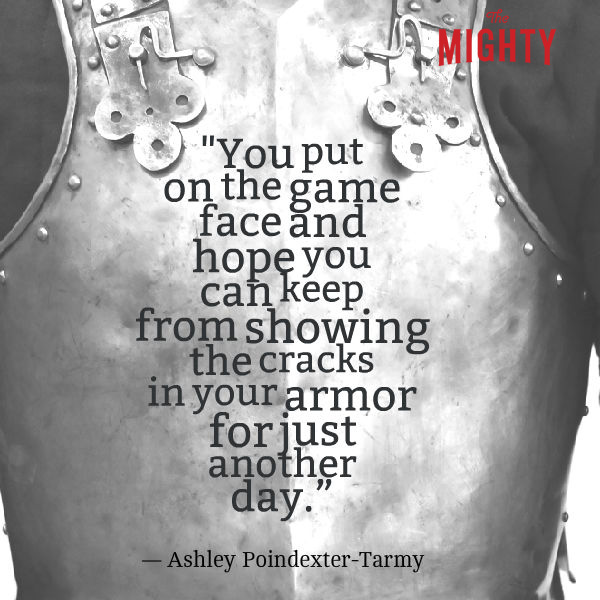