How I'm Finding a New 'Normal' With Narcolepsy

Most of my long-term friends and family still think of me the way I was before narcolepsy. I had so much energy and didn’t require a lot of sleep. I would go, go, go. I was like a hurricane.

I have dyslexia, but graduated from Florida State University in Tallahassee and was offered one of the top internships. I had a great job. I got married and had twins, a boy and a girl who are 23 now and attend Florida State. I was able to do it all – raise children and have a career.

But in 1996, when my children were 3 years old, I got pneumonia and something strange happened. I was so tired, and though I’d always been quick to fall asleep, now I couldn’t. I’d go to the couch, and then I would feel paralyzed – conscious, but I couldn’t wake up. I would hear someone break into the house, but I couldn’t talk or move. It was so scary. My whole body was shaking. In reality, no one was there, and I know now this is called sleep paralysis.

But when I went to the doctor, I was told that I was allergic to shrimp, and that was the reason I had these strange feelings. It kept getting worse. And now I was terrified of eating in restaurants for fear that I would eat shellfish. I dreaded trying to sleep.

For about two decades these things went on. Doctors couldn’t figure it out. It impacted my relationships – I got divorced. And it started to impact my work. In 2004, I moved to Tampa with my twins. I made a routine appointment with a pulmonologist to get my shrimp allergy medicine. But hearing my symptoms, the doctor wanted me to get a sleep study. I got angry because it seemed irrelevant – I had an allergy – and like a waste of time when I was so busy with my job and kids.

So I left and went back to ignoring my symptoms. I was in my late 40s and doing property management, which I loved doing. In 2006 our young marketing assistant approached me cautiously and said, “Sharon, I think you say some things that sound like you should go get a sleep study.” 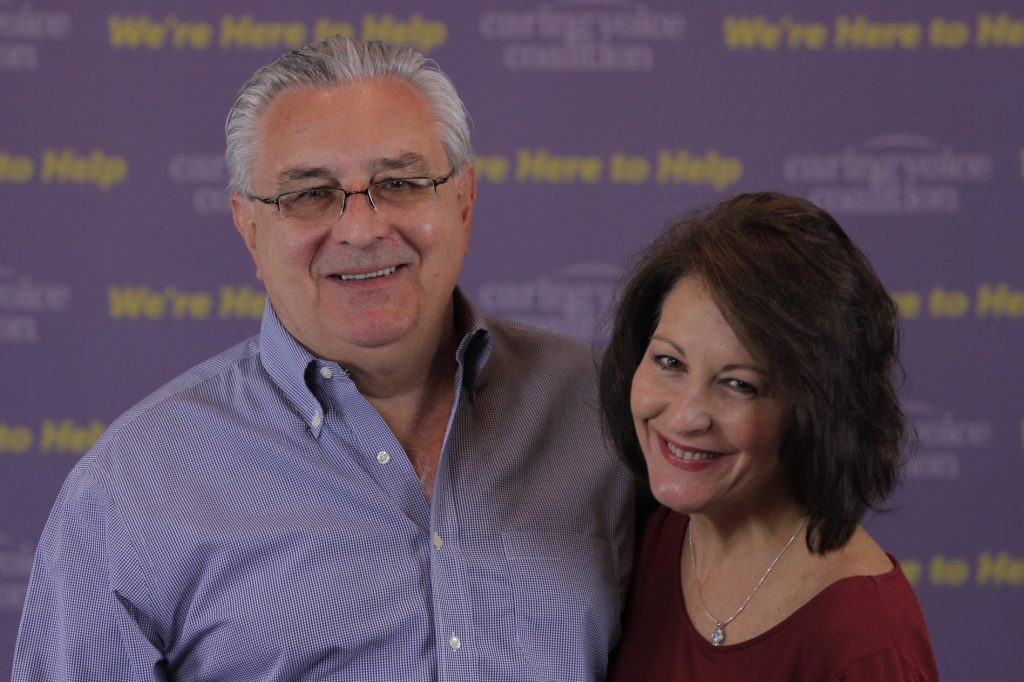 My partner, John, who I met in 2007, could also tell my sleep was not normal and encouraged me to go to the doctor. So I scheduled a sleep study. But I didn’t try to understand why I was having a sleep study done. I believed it was a waste of my time.

John wanted to come along for the follow-up appointment. The doctor read the report and said, “Well, you definitely have narcolepsy and fibromyalgia.” I literally couldn’t hear anything after that. I was so glad John was there.

I started on a medication and people at work could tell that there was something different about me. I still wasn’t slowing down enough to digest anything the doctor had said. But I had more energy. I was focused. I felt better. I was bringing in close to $4 million in leases. I was at the top of my career. And I was raising twins by myself.

But by the time they graduated in 2011, I was so exhausted. My body was slowing down. I could barely walk, and my job required a lot of walking around properties. One or two days a week I just couldn’t get out of bed, but it was a huge, huge company and I was able to keep the numbers coming in. Yet my memory was very noticeably bad, and it started getting worse. My coworkers knew something was up. In 2013, our human resources department got involved and they said, “Sharon, we want you to take a 12-week leave of absence to take care of your health.”

I felt so alone. They didn’t know I had narcolepsy. I wasn’t accepting it, I think. I also – and this is huge – I had never met another person that had narcolepsy. The only thing I had known about narcolepsy was a shared joke at work about someone who fell asleep a lot. My process of awareness and acceptance just moved really slowly.

After the medical leave, doctors were saying, “You need more time.” But I still didn’t have a full understanding of what I was dealing with. In fact, I was such a bad patient that my doctor kicked me out of his office. I went back to my primary doctor, forgetting I had been there in 2004 and refused his recommended sleep study. So in 2014, he did the sleep study, and I was diagnosed with narcolepsy a second time. The doctor told me I needed to have my kids tested because narcolepsy can have a genetic link. At that point I was willing to do what he said.

But around then John was offered a job in Atlanta and we moved. Great information has happened to me since I’ve lived in Atlanta, including that I was able to have genetic testing done. I do not carry the genetic marker for narcolepsy. 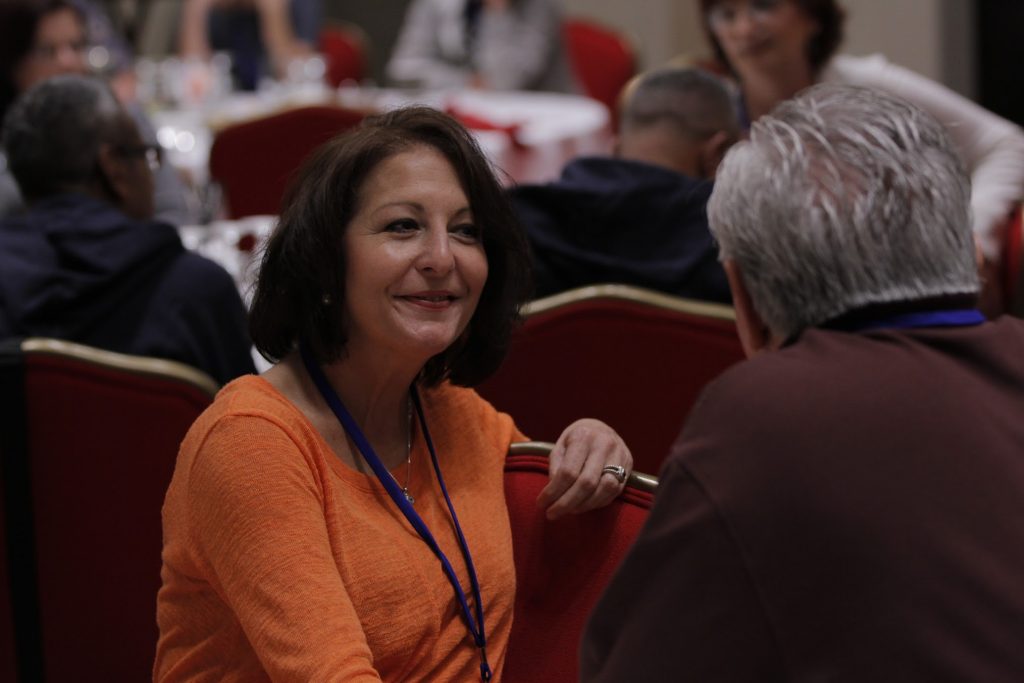 I also found myself going down the road of filing for disability, even though I didn’t want to. With narcolepsy, you look OK – and people wonder how you can be on disability. Some told me I should not be. It has been hurtful, but everything that happens teaches me more.

I have learned the spoon theory, which uses spoons to represent the finite amount of energy that people with chronic illness have daily. It is the coolest thing to grab a bunch of teaspoons and show someone: These are my spoons. They always say they love it.

Narcolepsy has also taught me that there are good relationships and bad relationships. And that’s true with your family, friends and – the one that really threw me for a loop – doctors.

Everyone has experienced a night where they don’t sleep well and the next day is miserable. My everyday feeling is like I haven’t slept for three days. But that’s not something you can really see. I may look OK, thanks to great under-eye cover up that I wear every day. But narcolepsy is one of the very many invisible conditions.

People often don’t know that narcolepsy is a chronic, lifelong, disrupting, neurological disorder. The brain is not able to regulate your sleep-wake cycle normally. So I want people to know those things. People ask me, “Are you feeling better?” That’s not what narcolepsy is. It’s really best to say, “How are you doing today?”

One great tool in helping someone understand, along with grabbing a set of spoons, is writing the word “chess” to explain the possible symptoms of narcolepsy – which everyone experiences differently:

“C” is for cataplexy.
“H” is for hallucination, or very vivid dreams.
“E” is for excessive daytime sleepiness.
“S” is for sleep paralysis.
The other “S” is sleep disruption.

I have everything but the cataplexy.

I’m one of the older people in my narcolepsy support group. I see all these young people in their early 20s. I’m seeing a lot people whose children have it. I think they’re being diagnosed earlier – which I believe means they can have an exciting, full life. My advice for them is to embrace the accommodations schools offer. Don’t be embarrassed to say what you need. And when you start working, you don’t have to tell employers that you’ve got narcolepsy, but know what accommodations you are entitled to should you need them. Even in picking a career, think about something that you can sustain long-term.

Whatever type of narcolepsy you have, a set schedule is essential. Even so, you’ll have bad days. As soon as I think, “Oh, I’ve got this – I’ve been doing this for a long time,” that’s just when something new hits or symptoms worsen and I have to go back to the basics: narcolepsy 101. I focus on my schedule and cut out extra activities. I’m careful with my medication, and I hope and pray I can wake up and get out of bed. I learn from my mistakes. 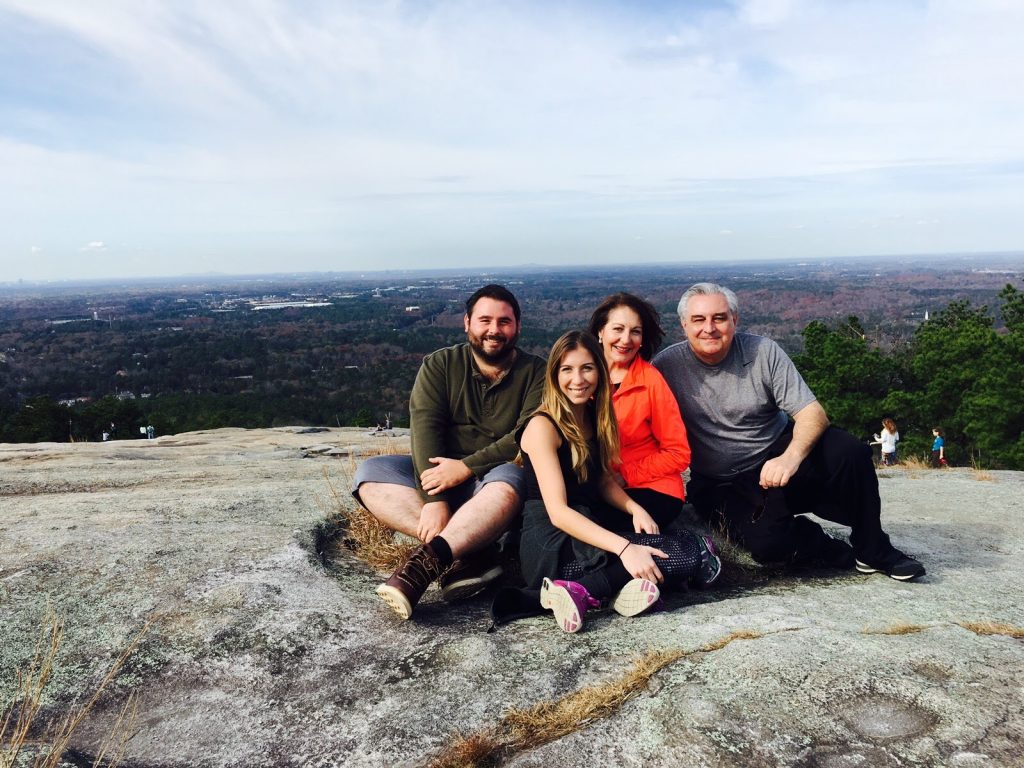 Researchers are studying narcolepsy and making progress. The information about narcolepsy was so limited when I first experienced symptoms. I’m only now fully appreciating what narcolepsy is and I’m 56. (Two years ago I took a blood test that showed I do not have a shrimp allergy. I am finally eating seafood again.)

I’ve been on disability for a year and it’s hard. I want to work. But I realized that getting up and going to work 40 or even 20 hours a week is not really possible. I don’t know what’s next. I had a wise doctor tell me that the loss of work and the loss of a loved one is the same type of grieving and I’m here to tell you, I absolutely grieve my career. I have my faith, and look forward to whatever the next journey is because I know it will be great. One day the fog will lift and we’ll know why things happened the way they did. I really believe that.

I am so blessed to be in a loving relationship with someone who understands. John has been here through this whole journey. I’m just so fortunate to have him and my twins.

Caring Voice Coalition empowers patients who live with a life-threatening chronic disease through comprehensive outreach programs and services aimed at financial, emotional and educational support. Find out more at http://www.caringvoice.org/.

caring-voice-coalition-2
Want more of The Mighty?
You can find even more stories on our Home page. There, you’ll also find thoughts and questions by our community.
Take Me Home