This story reflects the personal experiences of Katie Morton, and she has been compensated by Jazz Pharmaceuticals for her participation in sharing her story. Other people’s experiences may differ.

When I was a teenager, I was that person in school who was super overachieving. I was in dance; I was in cheerleading. I started to feel really tired all the time, but I attributed that to overworking. All teenagers get tired, I thought—but it soon became clear my tired was not the same as other people’s.

My teachers said I was spacing out in class. I felt like I was missing chunks of my day, which was really upsetting. My brother had epilepsy as a child, and because of that my parents thought I might be having absence seizures. So when I was 15, I went to the neurologist. While I was getting tested for epilepsy, he said, “I think she actually has narcolepsy. Let’s get her an overnight sleep study and a multiple sleep latency test.” The MSLT measures how quickly you can fall asleep during the day. 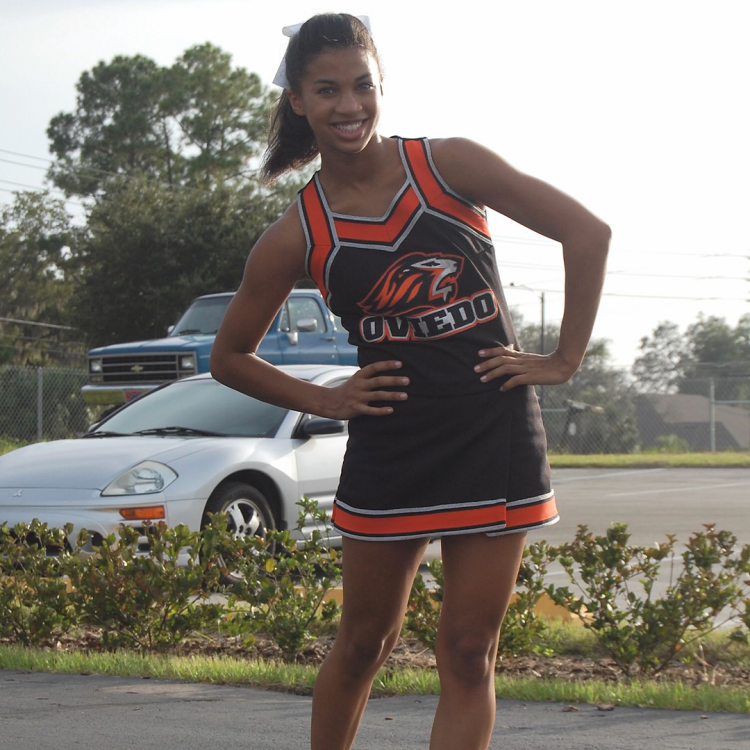 When I had the test, the neurologist said, “Hands down, she has narcolepsy.” I was actually lucky to get a diagnosis so quickly. Narcolepsy is often misdiagnosed, and it can take some people more than a decade to get an accurate narcolepsy diagnosis.

There are two types of narcolepsy. Narcolepsy type 1 includes both excessive daytime sleepiness and cataplexy (sudden, brief muscle weakness usually triggered by strong emotions). Narcolepsy type 2 does not include cataplexy. Other major symptoms of narcolepsy include disrupted nighttime sleep, sleep paralysis, and hypnagogic/hypnopompic hallucinations, which are vivid dreamlike experiences that occur while you’re falling asleep or waking up and feel very real.

I have narcolepsy type 1, but I only experience cataplexy at certain times. Sometimes I feel a little bit of muscle weakness when I’m extremely sad, but it’s never to the point of falling down. 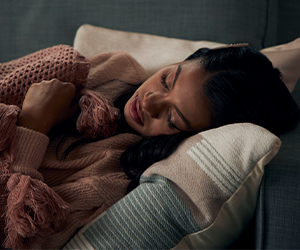 Narcolepsy has always impacted my life. Sometimes, like a little kid, I get cranky and irritable, or sometimes I’m extra hyper or overly emotional right before I feel like I need to sleep. Oftentimes, I get brain fog. Some people think, “Oh, it’s so nice you can just go to sleep,” but the symptoms of narcolepsy really impact my day-to-day life. And, with excessive daytime sleepiness in narcolepsy, those things seem multiplied.

When I first started in the workforce, it was hard for me to maintain the quality of my work while also needing to take breaks for naps. I would even go home at lunchtime to sleep. I kept switching jobs, trying to find an employer that somehow understood how tired I got in the middle of the day. But a lot of people don’t understand. They think, “You’re lucky, you can fall asleep whenever you want.” But for people with narcolepsy, it’s not that we want to fall asleep. The excessive daytime sleepiness can be difficult to predict or manage and happens during times I would prefer to be awake.

So I’ve had to learn how to manage my narcolepsy. One positive thing I’ve discovered is the importance of diet, sleep, and exercise to my overall health. I do as much as I can to try to stay as well rested as possible.

In 2019, I took a leap of faith and joined the casts of two reality TV shows. Both of these shows required me to be on camera, filming scenes with the other contestants, for hours and hours each day. There were times I didn’t feel like myself at all, or I would just cry out of sheer exhaustion and frustration. The other cast members and I were awake all the time—our sleep cycles were very inconsistent, and we had to sleep outside, where it was hot. We also had unpredictable diet and exercise routines. Everyone was extra tired, and then for someone with narcolepsy, it was like 10 times more tired.

Sometimes there would be opportunities to rest. For example, on days when other cast members were filming, I was able to hang out at the house or by the pool. The producers allowed me to take a nap during a couple of late-night social events, which helped recharge my batteries. Still, it was difficult not being able to maintain the routines that help me manage my symptoms. I’m proud of myself for living with my symptoms throughout both shows.

I think more access to resources and more knowledge about narcolepsy in general are key. It can be scary, but if you know the symptoms, you can talk with your doctor and get help. This screener can help you discuss your symptoms with your doctor. Click here to find a sleep specialist near you.

It means a lot to me to be able to share my experience with narcolepsy. There aren’t a lot of people talking about what it’s like to actually live with it, and I think that people who have narcolepsy want someone to look at and say, “OK, they made it. They were able to do it.” I want people to know that I definitely didn’t do it alone. I’ve had so much help from my family and friends, who help me stay on track despite my symptoms.

At the end of the day, it all comes down to awareness. I feel lucky that I was able to get a relatively quick diagnosis and get the help I need to manage my narcolepsy symptoms. Being able to share my story about how I live with narcolepsy makes me feel very empowered. Honestly, if I can help anyone out there who is struggling to understand what’s going on and share how I’ve managed with narcolepsy, maybe they’ll seek the help they need. There is hope!

Want more of The Mighty?
You can find even more stories on our Home page. There, you’ll also find thoughts and questions by our community.
Take Me Home
Katie Morton
•
Follow

Katie Morton, reality TV star, was diagnosed with narcolepsy at age 15 by her neurologist through an overnight sleep study and a multiple sleep latency test (MSLT). Katie was lucky to get a diagnosis so quickly. Narcolepsy is often misdiagnosed, and it can take some people 10 years or more to get an accurate diagnosis. Katie wants to educate and share her story with others so they feel less alone. ©2020 Jazz Pharmaceuticals US-SLE-2000173 Rev0420