Our journey with nephrotic syndrome (NS) started back in August 2014 when we noticed that my then 22-month-old son had swelling in his ankles. This was after a long day at a local amusement park, so we contributed the swelling to walking around all day. The next morning, I noticed he was still swollen around the ankles and there was also some swelling in his face.

We decided to take him to his pediatrician. Once there, we were told it was probably nothing, and he was most likely showing signs of an allergic reaction to something.

But when the swelling in my son’s face and ankles continued, he was eventually diagnosed with NS after many doctor visits and a blood test.

Some people who have this disease, or know someone who has it, say they’ve been able to pinpoint a trigger factor to their relapses. Until this day, we haven’t. It’s sad to know my child is going through this, and I really don’t know what I can do to fix it. We have questions always in the back of our minds as to whether we are making the right choices.

It’s hard knowing there are so many people like us who were originally told the symptoms were due to allergies. It’s because NS is so rare. According to our specialist, most pediatricians go their entire career without seeing a case like my son’s. There just isn’t much awareness out there about NS and its causes.

One organization called NephCure Kidney International is working on creating more awareness and helping to raise money for research. They’ve been available to answer some of my questions.

Our family’s story is just one of many, and I pray that my little one grows out of this as 90 percent of kids do with medication. Even though the odds are in our favor, it’s scary to think about the other 10 percent who don’t. I hope a cure is found for this beast, and there will eventually be a way to determine who is at risk of it.

The medications that children with NS take have side effects, such as weight gain due to the steroids. So for someone like my son, I’ve gotten weird looks as to why he’s huskier. Worse still are the comments that go along with the looks: “Oh, he must love to eat” and “Look at that little chunky kid.” As a mother of a son with this health issue, I get so frustrated with people at times since they don’t know our hardships. They don’t know my son’s journey.

So to the people who look at me at the park when I wipe a swing or slide before my child plays on it or to the woman with the never-ending comments about his weight, don’t be so quick to judge since there’s a reason why we do the things we do.

And to the beast who has been in our lives for almost a year, who we never knew existed and who causes people to ask us over and over again what is it called, please be so kind as to leave. You have overstayed your welcome and please don’t bother coming back. 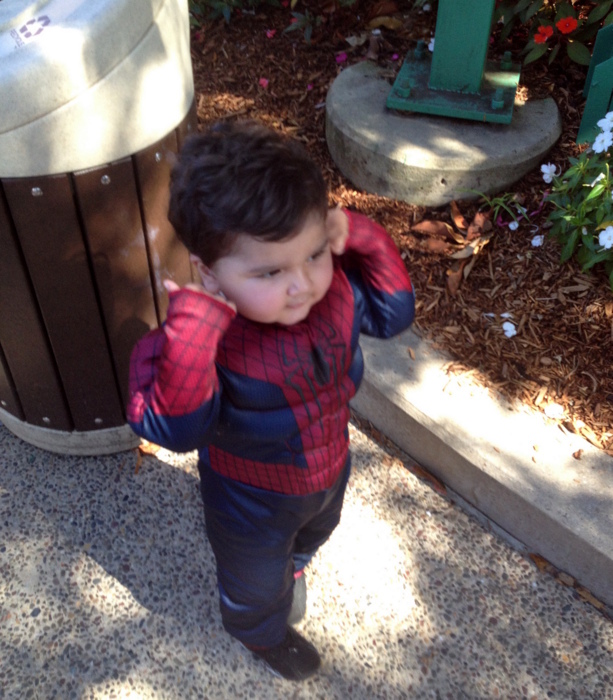 The Mighty is asking the following: Describe a moment you were met with extreme negativity or adversity related to your disability and/or disease (or a loved one’s) and why you were proud of your response — or how you wish you could’ve responded. If you’d like to participate, please send a blog post tocommunity@themighty.com. Please include a photo for the piece, a photo of yourself and 1-2 sentence bio. Check out our “Share Your Story” page for more about our submission guidelines.

Cristiane Garcia is a wife and a mother to three beautiful children: a 5-year-old daughter, a 2-year-old son and a 7-month-old baby boy. When she’s not dropping off or picking them up from school, taking her daughter to dance classes, playing with trucks with her son or feeding her baby, she’s working at home and making sure all of her family’s needs are met. She wouldn&#8217;t change anything in her life for anything, except to have her children healthy again.

cristiane-garcia
Want more of The Mighty?
You can find even more stories on our Home page. There, you’ll also find thoughts and questions by our community.
Take Me Home