5 Times the Internet Got OCD Wrong — and Why It Matters

PSA: Obsessive compulsive disorder is not an adjective. It’s not about being organized. It’s not about mismatching socks. It’s an actual diagnosis that affects nearly one in 100 people in the United States. Approximately half of those cases are severe.

So why do we keep using “OCD” to describe things like our color-coding obsession? In most cases, it’s because we don’t understand what OCD really is. In one of my favorite pieces about living with OCD, activist and radio news anchor Jeff Bell writes about two behaviors that could be considered “so OCD”: Organizing his closet and compulsively picking up rocks and sticks. Although the first may align with societal ideas of what’s “so OCD” (Exhibit A), for Bell, it’s not. Organizing his closet is something he likes to do. He does it by choice.

Picking up rocks was different. During what he describes as his “worse years,” he couldn’t walk down the street without picking up every rock and twig, afraid that if he didn’t, someone would hurt themselves and it would be his fault.

Maybe the best way to learn about OCD is to talk about what it’s not. Here are some examples: 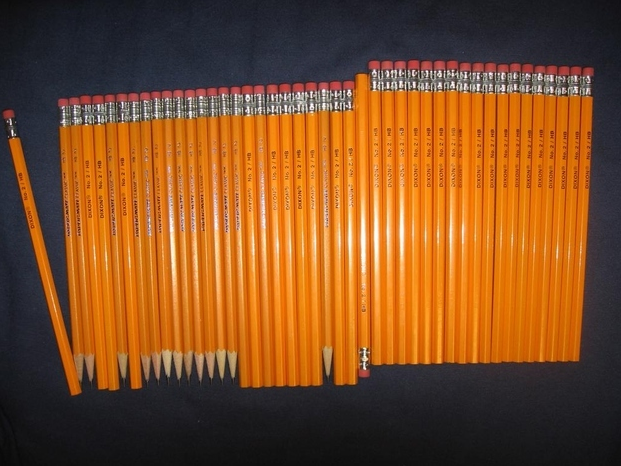 Being annoyed or unsettled by pictures of pencils misaligned or something out of place does not mean you have OCD. OCD is defined by experiencing obsessions and compulsions, not being “driven insane” by an image alone. Obsessions are thoughts, images or impulses that occur over and over again. These thoughts are intrusive, unwanted and often lead to the second part of OCD — compulsions. Compulsions are repetitive behaviors or thoughts a person uses to try to make his or her obsessions go away. Like Bell, who compulsively picked up rocks and twigs to reign in the obsessive thought that someone was going to hurt themselves, it’s these compulsions that intrude on a person with OCD’s daily life.

So while someone with OCD could be bothered by seeing something out of place, there’s more to the story. If it’s paired when an intrusive and obsessive thought or action, then you can start talking about your OCD.

Alright guys we're at 64.9k followers.. Help my OCD out and lets get to 65k this weekend! #TeamTomi #TomiOnPoint pic.twitter.com/xH4IllrGnU 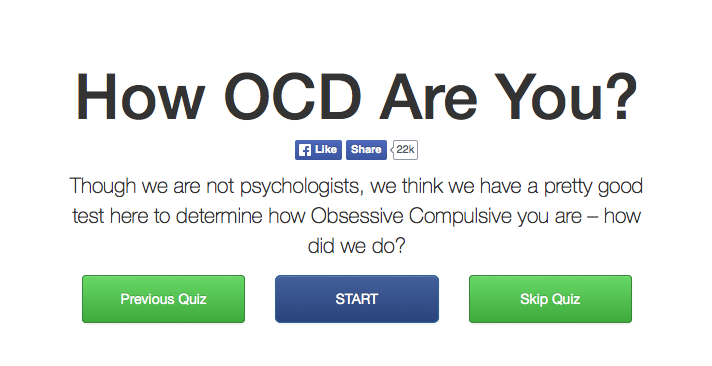 This should have stopped at the first line. The quiz has you rate how much a messy or mismatched imaged “bothers you” on a scale of 1-5. But this has nothing to do with OCD. OCD is not like having a pet peeve. 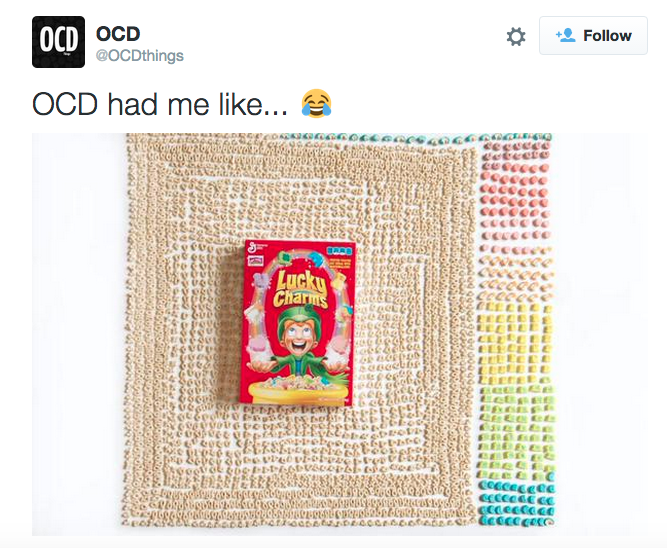 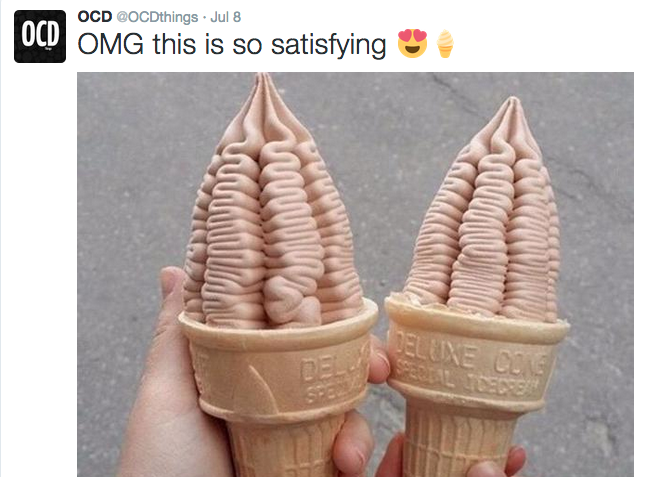 “OCDthings” calls itself a parody account and posts thing that apparently people with OCD would find satisfying. But the reality is, if the entire world was color-coded, alphabetized and never out of place — it would still be hard for someone who has OCD. Making everything aesthetically pleasing is not the cure for OCD.

Someone does not “become” OCD like a caterpillar becoming a butterfly, or Peter Parker becoming Spider-Man. Someone is “not” OCD, they have OCD, and making this distinction is important. It’s not a character trait and it’s not an identity; it’s a diagnosis.

So step up, Internet. Throwing around diagnoses like adjectives makes it look like you don’t know what you’re talking about. And that bothers me — but not because of my OCD.

RELATED VIDEO: What’s It’s Like to Be in My OCD Mind for 3 Minutes