“Collin, if you don’t stop folding your dirty laundry, I swear I’m going to smack you.”

My brother and I burst out laughing at the ridiculousness of our mother’s violent comment. Her empty threat, which to an outsider might sound strange and even cruel, for us was dark comedy in its highest form—a precious light in the darkness of my brother’s mental illness.

Almost five years ago, my brother was diagnosed with obsessive compulsive disorder, and has been experiencing it, along with depression, anxiety and an eating disorder, for probably longer. He’s bounced in and out of psychiatric hospitals and day programs, and on a low day would tell what he’s lost. But despite everything, at least one thing remains perfectly intact: his killer sense of humor.

I woke up Christmas morning three years ago to Collin screaming and swearing. I left my room to find my parents trying to coax him out of a locked bathroom. Feeling helpless, I opened my notebook. When he finally calmed down and let himself out, I told him I had received a message and handed him a piece of paper. On it was a poorly drawn picture of Jesus with a speech bubble that said, “Yo, Collin’s OCD. It’s my birthday. Could you calm the f*ck down? K thanks.” 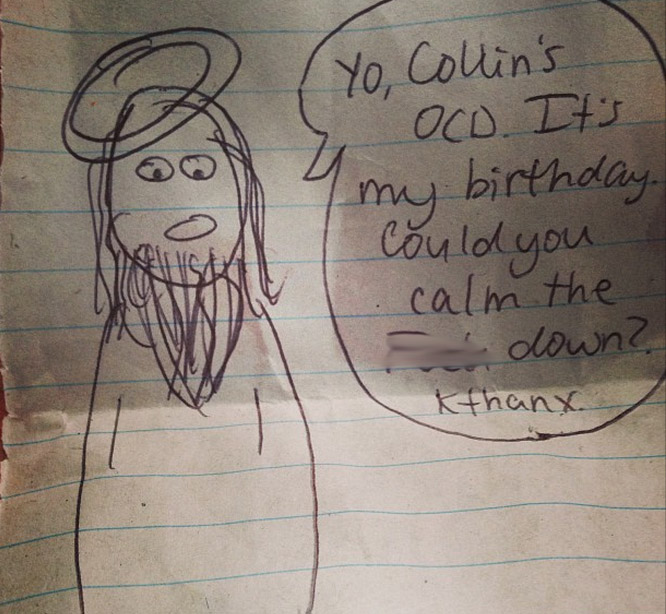 He laughed, and we continued to make jokes about the episode’s timing, singing Christmas songs and interrupting them with screams. “Fa la la la la la la la, AHH!’ I sang. “Deck the halls with boughs of AHH!”

Humor in darkness, while comforting, is complicated. What my brother goes through on a daily basis is not usually funny. OCD isn’t funny. Depression isn’t funny. In no way would I want a joke to undermine my brother’s very real and very scary experiences. But my brother, my brother the person, doesn’t take himself too seriously, and our shared sense of humor has always been an important part of our relationship.

My mom asked me once if I felt confused about my “role,” considering the shakeup in my family dynamic following my brother’s first hospitalization. I answered my only job is to be his sister. And as an older sister, the best way I know to support him is to make him laugh. If that means sending him articles, or lightheartedly roasting insufficient doctors, that’s what I’m going to do.

Sometimes the only choice we have is how we perceive darkness. My brother and I choose to laugh knowing that we’re going to stick together, through the good jokes and the bad. 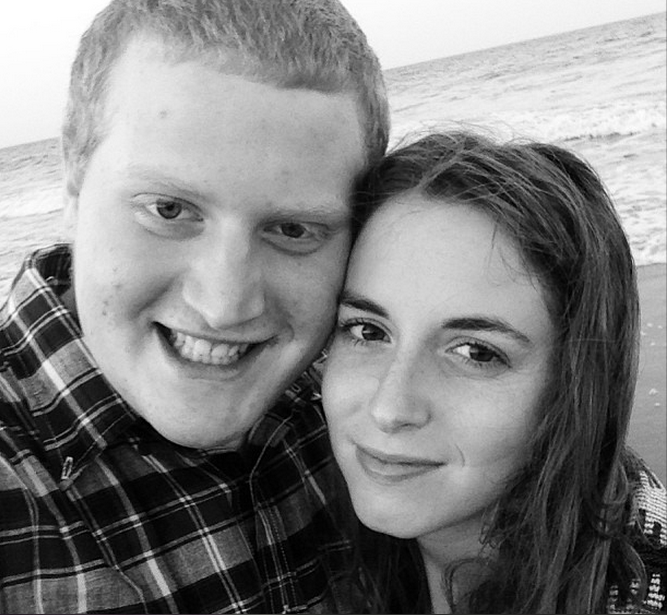