When Your Child Is Somewhere Between 'Sick' and 'Healthy'

When our son was diagnosed with a rare genetic condition shortly after birth, the first question my husband and I asked was, “What do we do?”

The answer will not surprise anyone who has dealt with a rare illness: wait.

Baby Z was born with a large growth on his head, a small hole in his head, and three growths on his right eye. If these turned out to be his only issues, we were dealing with best case scenario.

But the combination of these symptoms meant he had linear nevus sebaceous syndrome (LNSS), a disease that usually impacts multiple organ systems in severe ways. In many babies with such a large nevus growth on their heads, the brain inside the head is affected in the same way the outside skin is – as one doctor put it, “like scrambled eggs.”

So when we asked the doctor who made the initial diagnosis what to expect, she said, “You wait for things to blossom.”

I now hate the word blossom, along with the phrases “Vegas odds” and “crystal ball.”

Like with many rare diseases, there is no one doctor who treats linear nevus sebaceous syndrome. For Z, a geneticist looks at the big picture, but doesn’t treat anything. A pediatrician manages his overall health and keeps an eye out for anything unusual. A dermatologist treats the exterior skin issues. A neurosurgeon and craniofacial plastic surgeon monitor the hole in the head and plan the surgeries needed to remove the growth. A pediatric radiologist oversees the complicated process of performing MRIs on a baby. An ophthalmologist regularly examines his eyes to makes sure the growths aren’t interfering with his vision, and will perform eye surgery to remove the growths once he’s old enough. If other symptoms present, other specialists are added.

Our job as parents, the doctors said, was to love our baby. But the overwhelming love I’d felt since his birth had instantly transformed into an equally powerful feeling of helplessness and fear.

Was his forehead uneven? Did that mean he had cranial asymmetry?

Was he on the short end of the growth chart because his bones weren’t forming properly?

Did he just have an infantile spasm – or was he simply reacting to bumping his knee on a table?

And still I waited.

I felt guilty that he was healthier than so many kids with this illness.

I felt resentful that he wasn’t as healthy as the other babies around me.

I felt grateful with each day that passed.

There is no set timeline for manifestations of this syndrome, but the general sense is that he’ll be “out of the woods” if serious symptoms don’t present before his first birthday. He’s 9 months old now, and seems to have been spared the worst: no neurological problems or development delays, no vision impairment or cancerous tumors in his eye, no issues with his teeth, bones, or muscles, no seizures or infantile spasms. The very best case scenario.

Yet being “out of the woods” does not mean his medical journey is over.

Over the next few years, he’ll have a series of surgeries to remove the large growth on his head, ear, and neck, which has the potential to turn into skin cancer. Each of these procedures will involve several months of preparation that entails inserting a balloon under his skin and pumping it up with salt water each day to stretch the skin so it can be pulled over part of the growth. He’ll also have surgery or surgeries to remove the growths on his eye.

We are grateful, but we also are aware that for Z, the hard part is still ahead.

So we try to teach him resiliency for when he’s in pain or exhausted from medical procedures.

We work on building his confidence so that he can better handle possible teasing over his appearance.

We expose him to lots of different situations and people, in the hope he’ll be comfortable in a hospital staffed with caregivers who are strangers.

But mostly we focus on the day-to-day life of raising an incredible kid. Through the exhaustion and exhilaration of everyday parenting, we do the best we can to surround him with love – because that’s our job. 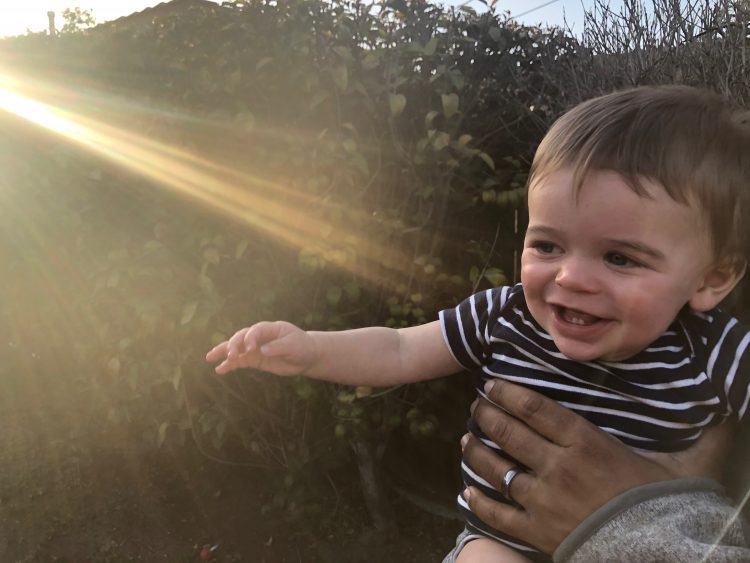 Lisa W.
•
Follow
lisamighty
Want more of The Mighty?
You can find even more stories on our Home page. There, you’ll also find thoughts and questions by our community.
Take Me Home