It’s a well-known fact toddlers are fussy little monkeys when it comes to food. I had it with my older two. The endless cajoling to get them to ingest something other than chips. The patience dredged up from the pit of my stomach as we sit down for a home-cooked meal they refused to eat. The pretend stomachache as dinner is placed on the table that magically disappears with the mention of the word biscuit.

And if you know someone who has a kid with those feeding issues, it might be wiser and kinder of you to leave your recommendations at the gate.

On behalf of the parents of children with feeding issues caused (or hindered) by anatomical, metabolic, gastrointestinal, motor or sensory problems, here is some of the advice that makes us want to tear our hair out — but we do still love you.

Actually, they won’t. There is a small proportion of children who just will not eat no matter how hungry they are. 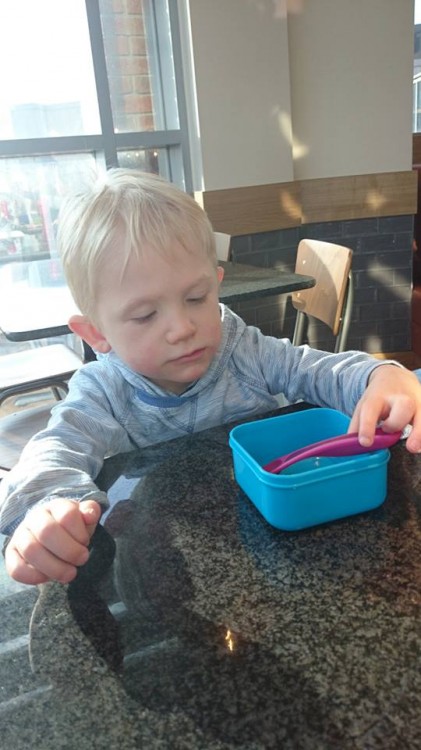 2. Don’t worry, all kids do this! Fussy beggars!

Yes, lots of kids do. But there’s a difference between picky eaters and problem eaters. While picky eaters eat less than 30 foods or more, they are able to tolerate new foods on their plate and can usually touch or taste a new food. Problem eaters, on the other hand, will usually eat less than 20 different foods, will cry and “fall apart” when presented with new foods and will refuse entire categories of food textures.

Apparently not. It’s actually only instinctive for the first month of life. Eating is essentially a learned motor behavior after six months of age.

4. Eating is easy, he’ll do it eventually.

Gabe has had a number of tests to see what’s causing his food aversion. He eats dairy and gluten-free and is on reflux medication, yet still has random bouts of pain. The next step is an endoscopy to test for allergic esophagitis. We recently had a discussion with Gabe’s doctor, who said if the results come back clear, we’re looking at a psychological rather a clinical issue in regard to food. OK, we said, that would be good. We can sort that. His sympathy face told a different story. Apparently for a child past the instinctive stage mentioned above, learning to eating can be as difficult as learning Russian. You see, you use every muscle and organ system to eat. It also requires simultaneous coordination of all eight of our sensory systems. To keep life simple, I’ve got enrolled him in a Russian course instead.

5. Have you tried giving him less milk?

No. Because sometimes he’ll drink, but will not eat. Other times he’ll eat, but refuse to drink. It depends on what he was doing when the pain in his esophagus became too much to bear. If you ate salmon and it made you ill, chances are you won’t want to touch it for a while. His special milk is the only thing keeping him alive at times and it would be ludicrous, barbaric and stupid to stop it.

It’s true I’m a stress head. I’ve been known to lose my cool about a whole array of minor things — from sock pair hunting to someone overtaking me on the road. How dare they? But not when it comes to feeding Gabriel. Then, I’m in an oasis of zen and calm. Because if he so much as sniffs the idea that all is not well, he’ll shut that feeding operation down. My husband and I tag team a lot when one of us is getting hot and bothered by the head throwing or the hand batting. But the person in front of the chair is smiling and encouraging no matter what. 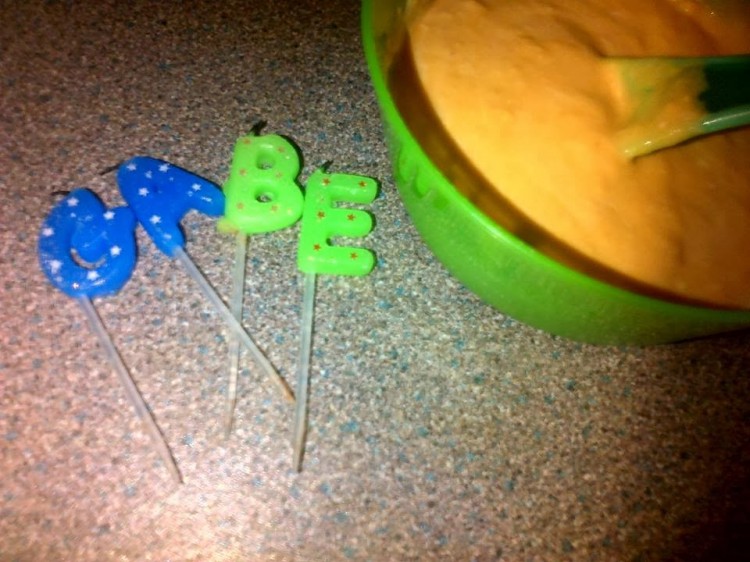 6. Perhaps you’re making feeding into too much of a performance.

This is the one we get from professionals a lot when we explain the lengths we go to make him want to eat. Singing, lighting candles (he likes watching them flicker), having that particular Peppa Pig book in front of him, watching 234 episodes of “In the Night Garden” on loop, no loud sudden noises — you name it, we try it. Because if limbo dancing with a David Cameron mask on while reciting Shakespeare will make him take an extra mouthful, I’m all in.

7. Feeding therapy will sort it.

Yeah, in an ideal world. Gabe has had feeding therapy since he was 9 months old and our therapist is lovely. Yet it doesn’t seem like we’ve made much progress.

Put some hair ties around the bottle and he might just hold it, they said.

Nope. He just refused to drink.

Let him mess with his food.

Sure. Three years later we have a lovely stained home but not one fleck of it went near his mouth.

What? If he keeps going, we keep going.

Massage upwards from his arms to his face on a daily basis to reduce the aversion.

We gave up when the neighbors put the “For Sale” signs up — something about some screaming or something. Lots of this does work for other children though, and that is one of the reasons why (as well as them assessing swallowing ability and aspiration risk) therapists rock.

8. Why not get a feeding tube?

This is the million dollar question. I know lots of children with feeding tubes — hell, we had one for six months — and some parents would testify it was the best thing they could have done. It takes a lot of stress out of the situation, especially when you have to issue lots of medication. It’s surprising how easy you adapt. I could set up a feeding machine in my sleep (I often did) and the alarm becomes like a family pet, annoying but important all the same. Yet sometimes the decision to tube feed is not black and white. We run the risk of his psychological food aversions getting worse, and we may never establish consistent, sustained oral feeding. So for now, we keep going.

You know what? It might not. And we’re prepared for that. We keep going, because what other choice do we have? Meanwhile, sitting feeding for hours is a good excuse to catch up on our TV shows.

Despite all this, I know that it could be so much worse. I take my hat off to a lot of my friends dealing with much worse.

So you see, my friend, I hope this has given you some food for thought. (Get it?) Let’s meet up soon and get some coffee and cake. Although cake does strange things to my body, like make it bigger. Any feeding advice for me would be much appreciated. 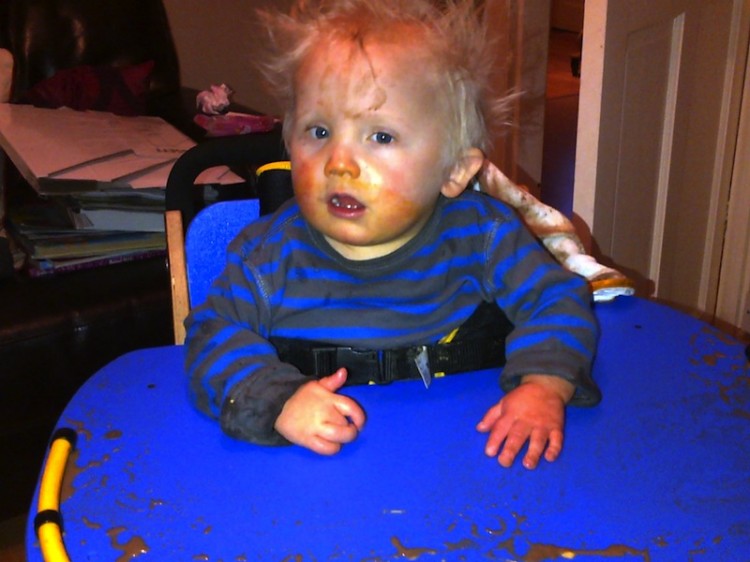 A version of this post originally appeared on Complicated Gorgeousness.

Alison Bloomer is a medical editor and mother of three from the UK. She started her blog a couple of years ago with the aim of explaining the conundrum that is Gabriel, her 5-year-old son who has an undiagnosed genetic condition. You can find out more at www.complicatedgorgeousness.co.uk/