My 3 Keys to Living With Parkinson's Disease

A few years ago, the Parkinson’s Foundation published an online article titled “Improving Brain Function with Exercise, Connectedness and Creativity.” (But it’s no longer on their website…oh-oh…oh, well.)

I pasted two sentences from the article into one of my blog posts, and have been using them as guiding lights as I live my life with PD. Here they are:

“…there is now scientific evidence to suggest that certain activities — exercise, social connectedness and creativity — may not only be therapeutic for Parkinson’s symptoms, but may actually change the brain.”

In other words, “…we now know that in addition to your medications, there are some activities that may ease your motor symptoms, improve your quality of life…and perhaps even change your brain.”

The Parkinson’s Foundation wants Parkies and their caregivers to offer the public at large their “keys to PD” – tips on what they do to cope with the disease and to ease or delay the burdens of yet another symptom.

So I will offer my three keys. In a nutshell, they are exactly what the original article called for:

Let me elaborate on each one.

I have a lot to say here, and I’ll support it with pictures and video. Basically, since receiving my diagnosis in 2012, I’ve exercised a lot and would like to do even more. What kinds of exercise are we talking about? Let’s display them all!

Swimming: In addition to swimming laps in our town pool, I compete in open-water swim races and I race shorter distances in a pool.

Example 1: Here I am in the ocean at Coney Island, at the start of a one-mile race called “Grimaldo’s Mile.” You can easily spot who I am: I’m standing a little to the left and waving my arms around like I’m a back-up dancer in Madonna’s “Vogue” video.

Example 2: I swim the 50 meter freestyle at last summer’s Gay Games in Paris. I’m in Lane 6 with the green cap. If I had swum two tenths of a second faster, I would have won third place for my age group. (In this heat I’m mostly swimming against younger guys.)

Running: In the warmer weather I run a two-mile course along the historic Croton Aqueduct trail near my house. It’s usually just me on the path, plus maybe some deer or some wild turkeys. The deer bound off into the forest when they see me coming, but the wild turkeys just move a few feet off the path and let me pass. 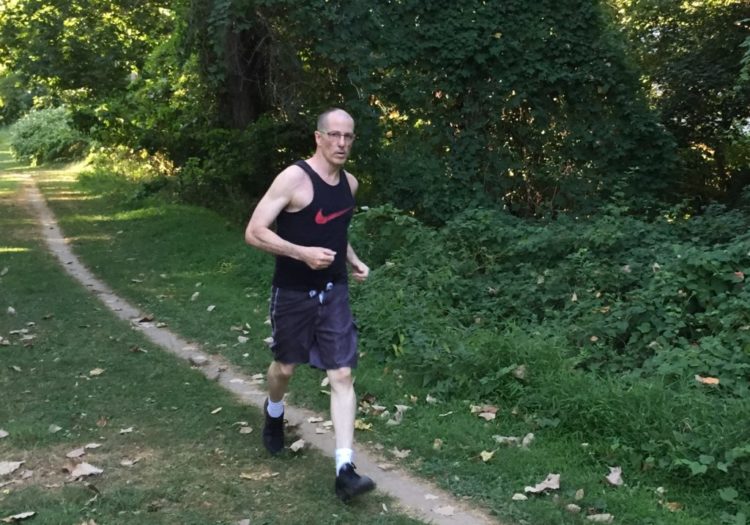 Weight Training: I do free weights and machines. I don’t know why I look so serious in this picture. 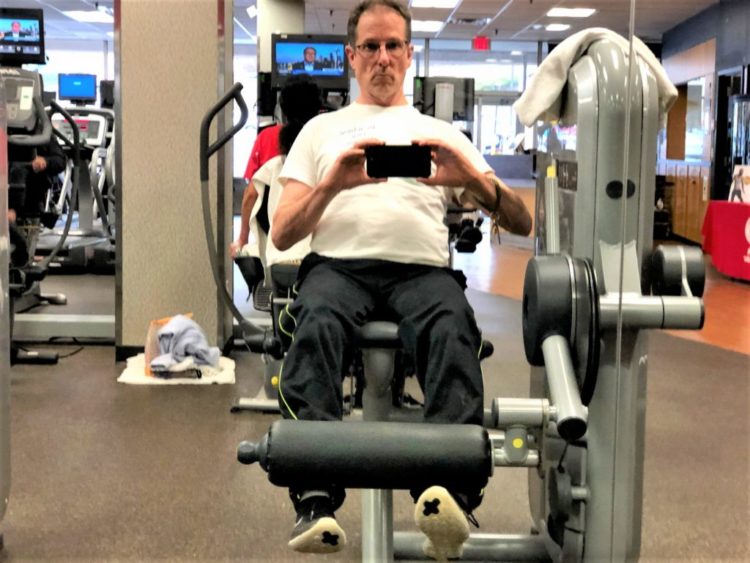 Spin Bike: I tend to do an entire hour on the spin bike, pedaling non-stop at a cadence of 100 revolutions per minute while listening to disco music from the 1970s and 1980s.

Ping pong: I’m just a beginner at this sport, and I find it makes me use my mind and my body in brand new ways. The clip below is from a recent private lesson, where we’re just volleying for warm up.

Hiking: My husband and I live in the Hudson Valley, which has plenty of hiking trails and mountains. Here are some snapshots from when we climbed the rocky cliffs at Breakneck Ridge. 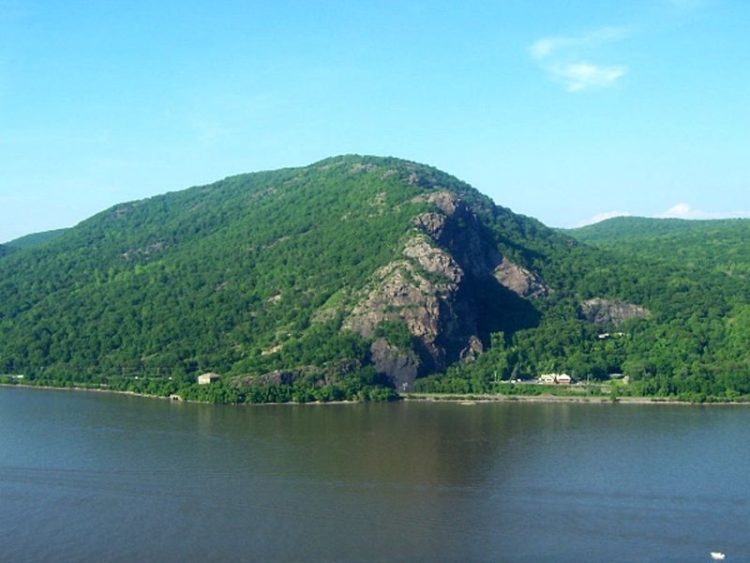 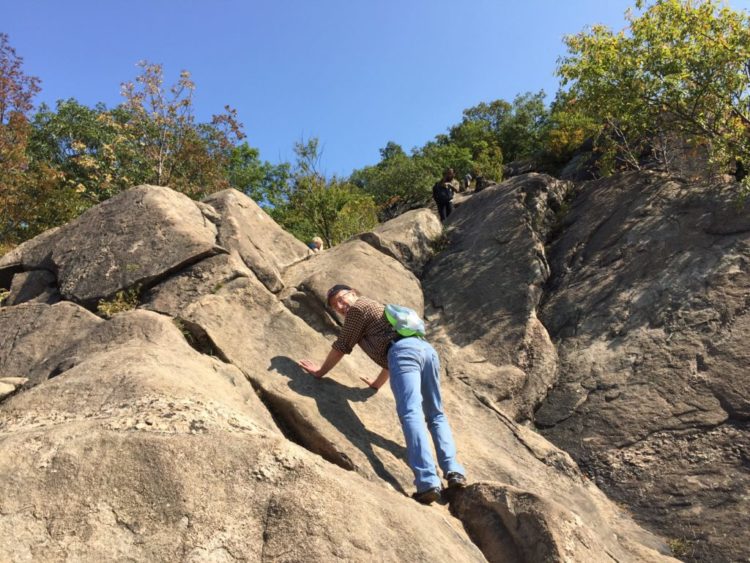 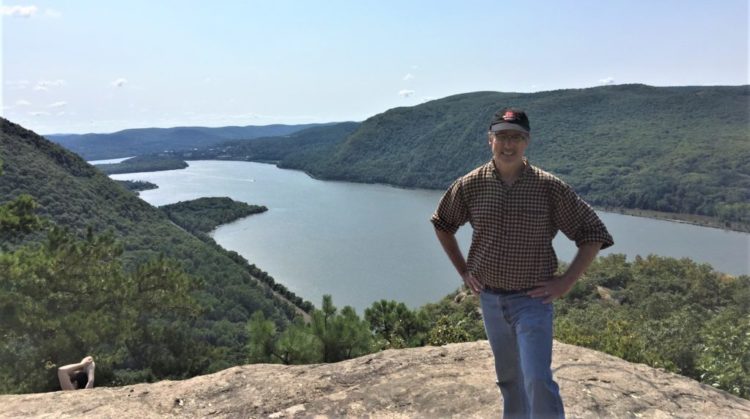 Walking Manhattan: When I go into the city for doctor appointments or to see a friend, I walk everywhere, and it adds up to miles. Here I am with fellow blogger Laura Kennedy Gould. Aside from sitting down for meals with her and another friend, I pounded the pavement from one destination to the next. 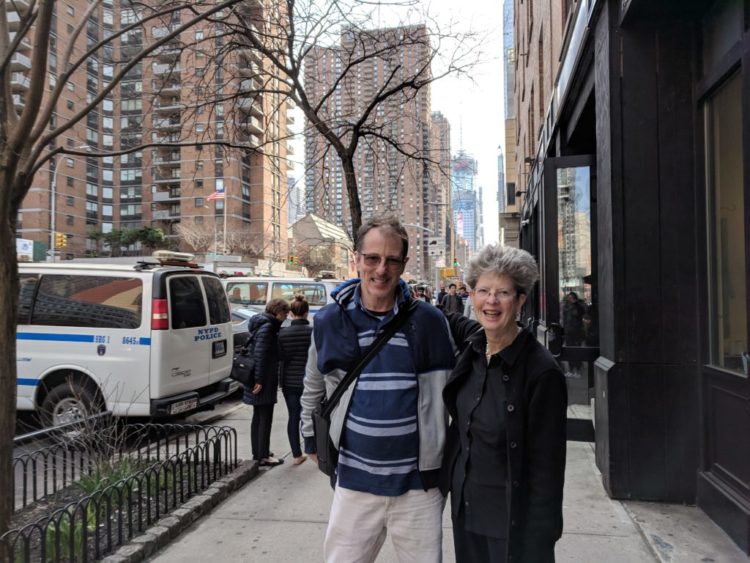 I work every day in two charter schools in the North Bronx, with about 700 kids and a staff of over 100. I interact with practically everyone – and almost everyone knows I have Parkinson’s disease.

For an example of the kind of social interactions I have there, here’s a blog post I wrote a few years ago:

Here’s something that happened to me this week.

I work in a public charter school in the Bronx, and I was in a 5th grade science class while the children were doing internet research projects on cells. The teacher had created a master website list of all sorts of child-friendly sites that the children could access for their research. Each student was supposed to come up with a few questions pertaining to cells, questions that he/she was seriously interested in, then try to find answers by perusing the 50-odd sites that the teacher had compiled.

I sat down next to a quiet, studious boy I’ll call “Alex.” He was at a laptop, clicking away and reading. He had hand written on a notebook page a few questions that he wanted to research, and he was scanning the various websites on the teacher’s master list for some answers.

“What’s the question you’re most interested in?” I asked.

“What are white blood cells made of?” he replied. “But I can’t find any information on the websites here.”

He had some backup questions, so we started looking at other sites to find information to answer those. There was a webpage devoted to dandruff, so he clicked it open. We glanced through it and read the following paragraph:

“Dandruff often runs in families. Men are a little more likely than women to get it. Other things can also make dandruff more likely, like having oily skin, stress, a neurological condition such as Parkinson’s disease, or a condition like HIV (human immunodeficiency virus) that harms the body’s immune system.”

But Alex didn’t know I had PD, and he asked, “What’s Parkinson’s disease?”

I responded, “It’s a disease that attacks your brain, causing part of it to stop working.”

Alex looked at me and said in all innocence and surprise, “But you’re so smart.”

At which point I wanted to hug him.

Instead, I explained to him that PD mostly affects how your brain communicates with your muscles, although there are other side effects, such as insomnia, loss of smell, and now… dandruff! I had to leave the class at that point, but the next day I sought Alex out again to find out if he had finally been able to find info on white blood cells (no, not yet), and if he had any questions on what I told him about Parkinson’s disease (no, not really, although he asked to see my hands in case I was having tremors. I wasn’t, however).

Here’s a combo of photography and poetry. Both poems are acrostic, meaning if you vertically read the first letter in every line you’ll come up with a word related to the poem. I took the pictures, too. 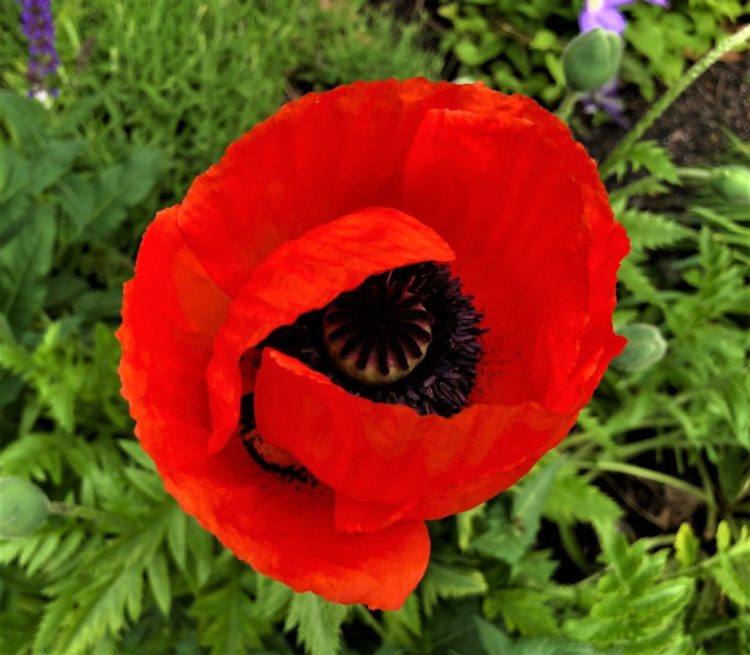 Purple pupil peering
Out of an orange orb,
Pray tell, what do you ponder as
People important and pedestrian pause to peer at
You? 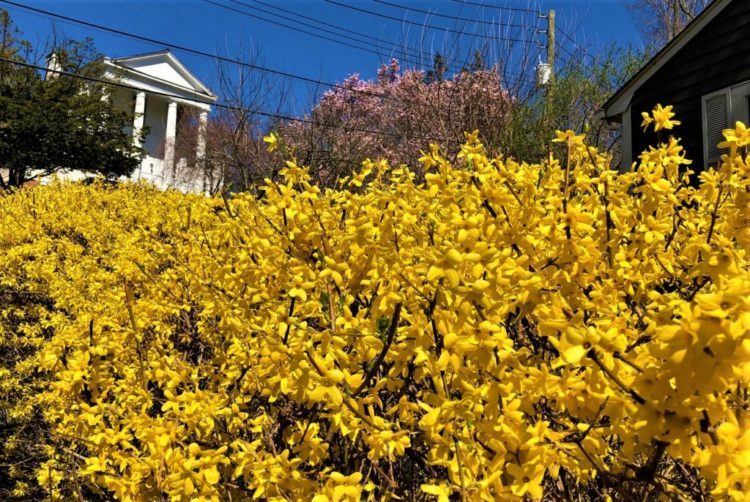 Flowering member of the
Olive family, whose bright yellow is
Really such a welcome sight in early
Spring that
You can’t imagine going back in
Time a few weeks and living without this
Hot buttery
Infusion
Again.

And we’ll wrap things up with a little kayagum music. I studied the instrument when I lived in Korea in the 1970s and 1980s, and I still like to play it on special occasions. Some of the music requires incredible skill, as you have to bend the strings just so to produce the right pitch, the right slide and glide. You’ll see what I mean if you scrutinize my left hand in this video:

The Fox Foundation blog has this to say in a post titled “Music as Medicine for the Mind”:

“The emotional experience of hearing music can increase the release of dopamine — the brain chemical lacking in Parkinson’s disease. People with musical training have better memory, executive function (planning, problem solving, organizing, etc) and visuospatial perception (ability to determine the relationship of objects in space). While playing music, multiple different areas of the brain are activated and in the long run, this leads to an increase in the volume and activity of the corpus callosum — the bridge that allows communication between the two sides of the brain.”

So those are my keys to living with PD. What are yours?

I have Parkinson's disease and am still active athletically.