It’s fun to see photos of smiling faces and breathtaking views from mountain tops at sunrise. I occasionally enjoy seeing a photo of a glistening filet of salmon nestled in a bed of artistically arranged kale and quinoa posted by a proud home-chef. And sometimes I chuckle at a cartoon posted by a friend.

But Facebook, to me, is more than a social connection with people I thought I’d never hear from again. It’s more than a chance to peek into the lives of former classmates or colleagues. And it’s a great deal more than laughing hysterically at autocorrect text bloopers.

As a mom of a child with a severe disability, Facebook is my salvation. It’s my connection to a world of people who have an understanding of a current challenge I am facing, parents who’ve experienced something I’m struggling with and families who’ve tried various solutions to obscure problems only those with medically fragile children can relate. It is also a forum to vent to people who “get it” because they have been where I am.

Thanks to Facebook, I have met other parents of children with Pelizaeus-Merzbacher disease (PMD) who hate the disease as ferociously as I do but adore their sons with an equal amount of love. Because of Facebook, my son Jacob has “PMD brothers” all over the world.

Jacob was born in 2002, a couple years before Facebook was invented. At the time, Google was in its infancy and I performed only minimal medical research online. Medical journals were not widely available in electronic format, and information exchange was mostly over the telephone and only occasionally through email.

In 2002, a suction machine was a scary piece of equipment, and I was terrified to use it. My hands trembled as I tried to snake the plastic tube into my son’s nose and down his throat to vacuum out the mucous that impaired his breathing. I would’ve loved to share my fears with other parents who understood what I was feeling. Maybe they would have been able to help me overcome my anxiety around that dreaded but lifesaving appliance.

I didn’t know anyone who had a child with such intense needs that he couldn’t be left alone even for a few minutes while he was asleep. I had no idea whether I would ever adjust to the new life I was catapulted into, and I had no clue how to figure it out.

Those early days were scary, depressing and isolating. Over time, I developed the patience and skills to comfort my son when he was in agonizing pain and screaming relentlessly for hours. Eventually, I conquered my fear of the feeding tube and was even able to replace a broken tube in less than a few minutes. But it took years before I was comfortable with the suction machine, something I use for hours every day at this point in Jacob’s life.

I can’t help but wonder whether it would have been a bit easier if I knew others in similar situations when Jacob was younger. I think about how things could’ve been different if I’d had a network of experienced parents with whom I was able to share my fears and celebrate my son’s “inchstones” (moms like me don’t celebrate milestones). I knew there were others in similar situations, but I had no way of meeting them.

As the years went by, technology started developing in ways that opened up the world to me. It started with a Yahoo chat group for families who had kiddos with PMD. It was the first online resource I encountered where people gathered for support, feedback and suggestions related to the challenges involved in raising a child with PMD.

I recently realized that Facebook is my invaluable resource. When Jacob was having feeding issues, I posted my questions in a Facebook group for Tubies. When I had a question about Jake’s scoliosis, I posted it in another group. Of course doctors have this information and always answered my queries to the best of their abilities, but getting a perspective from people who are living the answers has its benefits. Hands-on, real life experiences are key for moms like me. I access this information and add it to what I already know. It helps me make the informed decisions that I have to in order to care and advocate for Jacob.

The past 300 days have been the hardest of my life. Jacob was in the hospital for 237 of those days. He spent over seven weeks spread out over four visits in the intensive care unit with machines helping him breathe. And through all those excruciatingly long and harrowing days, I was never alone. Even when I was the only person sitting by his bedside, I had a gigantic network of people who understood what I was experiencing and people who were only a message away. I constantly received messages of support, read snippets of their experiences and was comforted when I saw a new “like” to an update. (As an aside, I wish there was a “dislike” button for heartbreaking posts.)

Facebook is my lifeline to the world of medically fragile and special needs children. 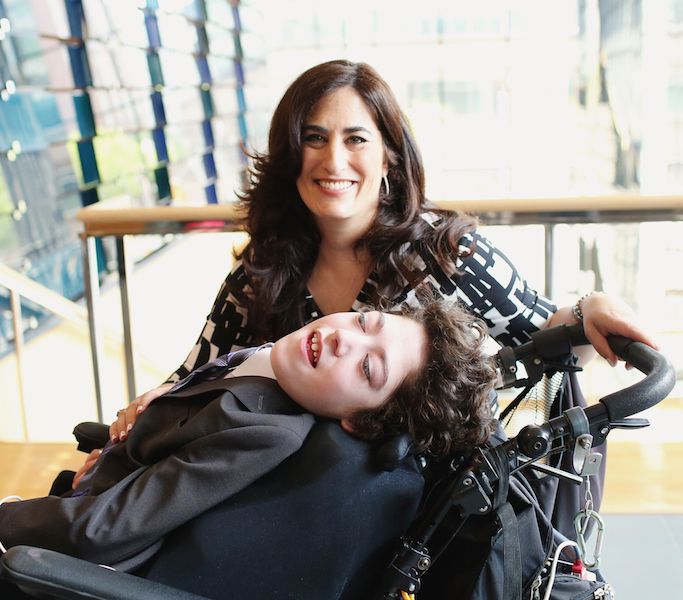