If I'd Known All This on the Day of Diagnosis, I Would Have Cried Much Less

When I look back on the day we received my beautiful son Kieran’s diagnosis, I wish I could have told myself he would become one of the happiest, brightest, most inquisitive and joyful children I would ever know.

When Kieran was only 10 days old, a multitude of complex tests confirmed a suspected diagnosis of Prader-Willi syndrome (PWS), a rare, non-inherited genetic disorder. I wish I’d taken to heart more quickly the words of the wonderful doctor who delivered the news. She told us to always remember that “Kieran may have PWS, but he is not PWS.” If only I could have seen a glimpse of the amazing boy Kieran would become, perhaps I wouldn’t have cried so hard on that unforgettable day. Perhaps I wouldn’t have spent the following days, weeks and months awake at night guiltily wondering “Why us?”

If only I could have told myself that Kieran would prove to be a determined child. That he would never, ever give up despite the small amount of genetic material he’s missing wreaking daily havoc on his little body. That despite severe hypotonia (low muscle tone), hypothyroidism, growth hormone deficiency, strabismus (a mild eye crossing), continuous physical lethargy, motor planning, processing and speech delays and a metabolism that’s half that of his typical peers, Kieran would approach each second of every minute of every day with zest, vigor and confidence. That despite the feeling of endless hunger Kieran faces (due to a malfunction in his hypothalamus) he would continue to approach every situation with a smile on his heartwarming face.

When I first heard the words “Prader-Willi syndrome,” I wish I could have caught a glimpse — just a minuscule vision — of this miraculous, charming, witty, sweet, kind and inspirational being whom Kieran has become today. I wish I could have told myself that the hefty regimen of speech, physical and occupational therapy Kieran began in the NICU (and which he still continues) would surely pay off. That despite laying motionless for many weeks at birth, Kieran would learn to walk (to run, in fact!). That despite being unable to utter a sound until he was almost 6 months old, Kieran would learn to speak in full sentences. That despite being unable to connect or interact with anyone for many months after his birth, Kieran would attend a typical preschool with peers his own age.

If only I’d known that only four years later, Kieran would wake up each morning singing his ABC’s, counting to 10 and practicing spelling his name. That despite it taking years for Kieran to be able to keep up with his older brother, Jackson, and his younger brother, Julian (born two years after him), Kieran would develop strong and indestructible bonds with both of his siblings. 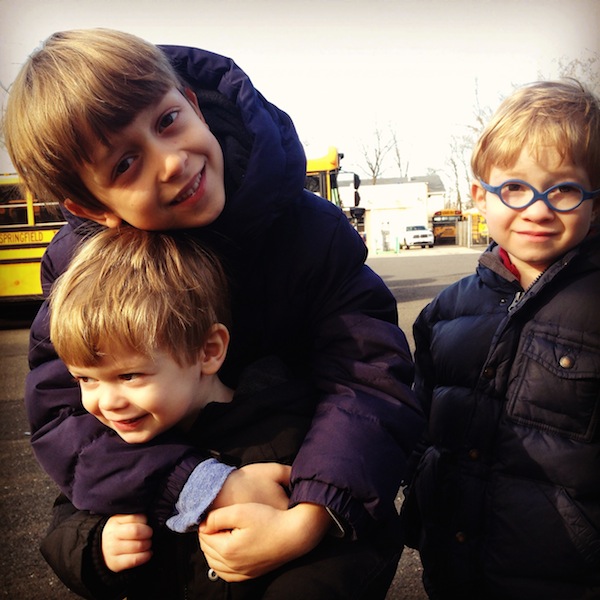 If only I could have known that one day Kieran would refuse to go to sleep each night without wrapping his arms tightly around my neck and whispering, “I love you Super Mommy” in my ear.

As I look back on that day almost five years ago, I wish I could have told myself that although my heart would never fully heal (and it might continue to break a bit more with each new challenge thrown his way) it would sing loudly and proudly with all of his endless accomplishments.

Perhaps if I’d known this is where we’d be today — that Kieran’s vast abilities would greatly outweigh his disabilities — I would have cried much less and laughed much more.

And if only I could have told myself that while this journey with PWS would undoubtedly be difficult at times, the countless obstacles Kieran would continue to overcome would somehow make each upcoming mountain that much easier to climb. 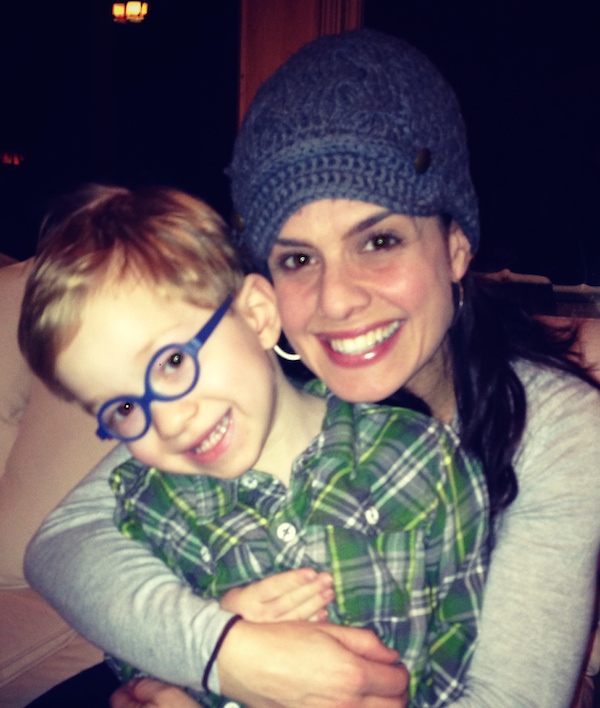 For all of January, The Mighty is asking its readers this question: If you could go back to the day you (or a loved one) got a diagnosis, what would you tell yourself? If you’d like to participate, please send a blog post to community@themighty.com. Please  include a photo for the piece, a photo of yourself and 1-2 sentence bio.

Rebecca (Becky) Wolf McWilliams is a proud mother and sixth-grade teacher who lives in Philadelphia with her wonderful husband, Blair, and three beautiful sons, Jackson (8), Kieran (4) and Julian (2.) In her spare time, Becky helps to plan fundraising events in Philly and New York City for the Foundation for Prader-Willi Research (FPWR.) Her greatest wish is that further treatments and an eventual cure for PWS are found in Kieran’s lifetime.