It’s called “academic redshirting” — delaying entrance to kindergarten by one year. Whether you agree with it or not, there can be several reasons parents decide to do it.

“Are you sending your child to kindergarten?”

That question has been asked of me so many times this month, because my daughter will turn 5 in May and should technically be starting kindergarten in the fall.

Here are four reasons why I decided to “redshirt” my former premature baby:

1. My daughter was born at 23 weeks gestation. That’s about four months earlier than she should have been born. She was a micro preemie, born weighing just 1 pound and 4 ounces. She was only 11 and 3/4 inches long. Some might believe that premature babies are just smaller than full-term babies, but that is not the case. Their organs are not developed and are not working the way the organs of full-term babies work. Premature babies cannot maintain body heat or stay hydrated, and their intestines are not designed to digest anything other than amniotic fluid for many more weeks or months, so they are at risk for several medical complications. Their brains are not exceptions to this. It’s not made to respond to bright light and hear the alarms and loud voices of the NICU, as their eyes were meant to be shut and noises were meant to be muffled. The exposure to these, and many other stimuli too early, can cause preemies to have sensitivity to noises and lights and other issues that might delay their progress and cause other areas of their brain to develop differently.

My daughter has always been super small for her corrected age. What’s a corrected age? Great question! You would likely not have ever heard of that unless you had a preemie. It means the age she would have been if she were born on time. That makes a huge difference when you give your baby’s age in months, but it also makes a difference now as she is almost 5 years old, and the other kids her age tower over her. Her twice-daily dose of steroids for almost five years now may stunt her growth, but they are necessary to reduce the constant swelling in her lungs. While that itself is not a reason to hold her back, there are three more reasons.

2. Although my daughter has met all of her milestones by now, they were met several months later than most other full-term healthy babies. My daughter rolled over after her 1st birthday; she did not walk until she was 20 months old, and she began walking with a limp, though she walks without a limp now. The list goes on from there as far as talking and repeating sounds and grasping toys and writing. The point is that although every milestone was met, they were met much later, and that doesn’t automatically stop when a premature baby enters kindergarten. As many micro preemies do, my daughter has had physical therapy, speech therapy, occupational therapy, and a special education teacher working with her since she was discharged from the NICU. Although it has worked so well that most testing shows she is on target for kindergarten, our guts tell us something different.

3. My daughter, as many former premature babies do, has bronchial pulmonary dysplasia. It’s a type of chronic lung disease, and it’s a disease that prevents her lungs from exchanging oxygen well, especially when she has a respiratory virus. Because she had a breathing tube down her throat for three of the four months she was in the NICU after birth, her lungs formed under stress and are now made of a lot of scar tissue that does not go away. Ever. Common colds cause her to get pneumonia on many occasions (eight times so far), which can put her back in the hospital for weeks at a time. She never has “just a cold.” My daughter cannot be around children with runny noses and coughs for another year or so — until she grows enough healthy lung tissue to surround the scar tissue (most children grow new lung tissue until they are approximately 6 years old) — so she will be able to expel mucus when she has a respiratory virus and exchange oxygen better. One more year in a preschool that will call me if another child is dropped off with a runny nose, so we can pick up my daughter and bring her home and keep her safe, will only benefit her in the long run and allow her lungs to grow stronger.

It still is my (and my husband’s) decision. We know what’s best for her, and our job is to give her the best chance at being successful in school and life, and this is what we decided.

4. A decision like this is the choice of the child’s parents. Many parents of premature babies might struggle making it, and many parents of preemies might send their child to kindergarten on schedule. That’s OK, too, if that particular child is ready to go. Mine isn’t. For example, some parents of boys will “redshirt” them because of a lack of maturity. There is a lot of research about this too!

Some argue that kindergartens have gotten too academic and offer far less free play than kids need. In my opinion (and it might be just mine, but I also have three boys), that is a valid reason to hold back a child who has a free spirit and needs another year of imaginary play or one who can’t sit still long enough to listen to a lesson yet.

Be confident in the decision you make and know that you are doing what you think is best for your child. I’m confident in mine. 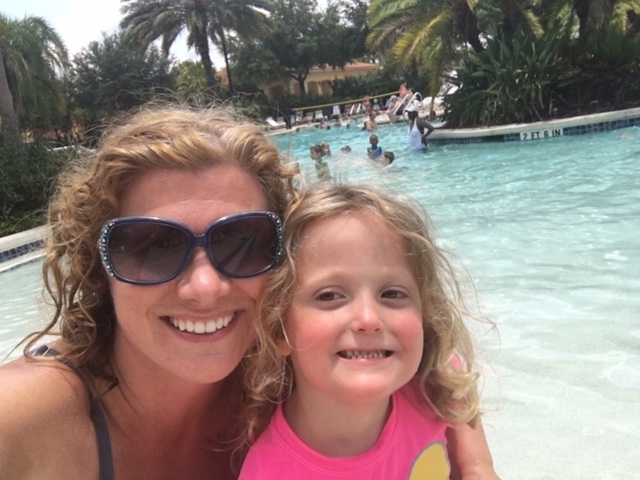 Please visit www.micropreemie.net to learn about our journey with prematurity and how it has shaped our family.

Jennifer Degl is the mother of four, including a micro preemie who was born at 23 weeks gestation, and the founder of Speaking for Moms and Babies, Inc. Her mission is to spread awareness and educate the public on maternal and neonatal health issues. She is also the author of three books, articles in The Journal of Pediatrics and The Journal of Perinatology, a member of the International Neonatal Consortium, and she serves on the Board of Directors for The NICU Parent Network and the NIDCAP Federation International (NFI). Jennifer also regularly contributes articles to various online communities in the maternal and neonatal health space and she has been a high school science teacher for over 20 years. You can learn more about Jennifer at http://jenniferdegl.com.