My Therapist’s Perfect Answer to ‘When Will She Be Normal?'

Growing up, I always imagined having a baby, although I couldn’t tell you why. So when my husband and I found out I was pregnant, it was the greatest thing that could have happened to me. I had it all built up in my mind: my perfect pregnancy, a birth plan, our amazing newborn moments and the pictures — oh, the pictures. But that all changed at 26 weeks when I didn’t feel my baby move.

I don’t know what eventually flipped the switch from overactive imagination to true concern, but I called the doctor and was admitted to the hospital. New plans were created with hushed tones, and I was put on bed rest and referred to the medical university in my area. A week later, via an emergency C-section, my small baby was born with the label “micro preemie.”

Weighing in at 890 grams, she needed help breathing, eating and regulating her body temperature. Her first hours were a blur, and the tubes, wires, beeps and alarms were terrifying. In the Neonatal Intensive Care Unit (NICU), we stared at our little girl, willing her to “suck, swallow and breathe” while doctors and nurses mentioned things like cerebral palsy and developmental delays. I just needed her to suck, swallow and breathe. I didn’t want to think about anything else. I knew she couldn’t come home until these things were mastered.

With my plans suddenly pulled out from under me, as my child lay next to me in a plastic incubator, I desperately mourned the loss of my “prefect” pregnancy and newborn moments. I remember thinking if we could just get her home, all of this would be a bad dream. After what seemed like a lifetime (in reality, 85 days) our Addison came home. With no surgeries in the NICU or trace of cerebral palsy, we were pretty lucky.

But there were still the developmental delays. We were given an adjusted age and told some things would just take time. We would not know what Addison’s path would be. When a team of therapists started coming to the house, I might as well have learned a new language. OT, PT, RT, EC, retractions, hyper extensions, stridor…the list went on and on. I had to be aware of Addison’s breathing. Was that an inhale or an exhale? How is she rolling, from her core or with her legs? One day I hit my tipping point, and when her physical therapist asked me something I broke down in tears. I remember asking when will this get easier, when will she be normal? 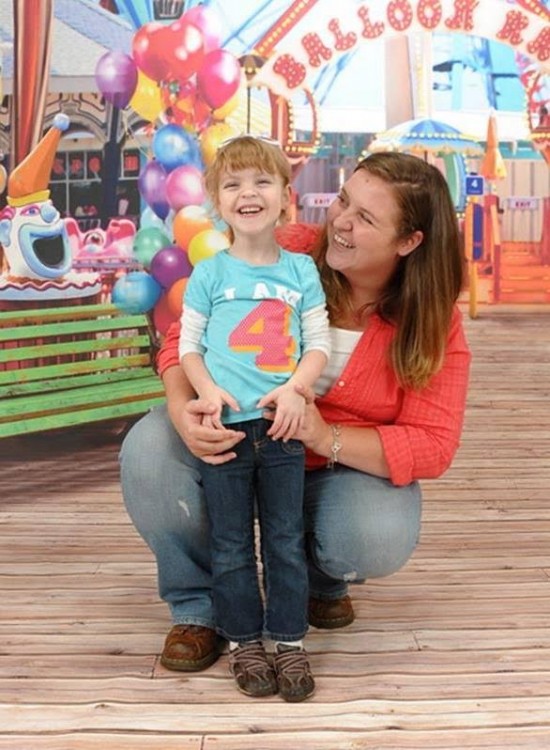 Unwavering, the therapist took my hand, looked me straight in the eyes and said, “Normal is a setting on a dishwasher. Nothing about kids is normal, and we wouldn’t want it to be. She will be Addison and that will be OK. It might not always be the easiest, but it will be her.”

That comment stopped me in my tracks. From that day on, I stopped comparing Addison to other children and to what the books said. I still mourned the perfect plan I had worked up in my mind, but I was able to move forward and celebrate Addison’s accomplishments in stride — on her timeline.

It’s not always easy. People still look at her and make comments about how she does things differently. But now, I just smile politely and think about the day I learned my child is not a dishwasher setting. And I’m just fine with that.

Katie is the mother of two lovely children and wife to an amazingly supportive husband. She spends her free time playing with her camera, reading or crafting in general

katie-grooms
Want more of The Mighty?
You can find even more stories on our Home page. There, you’ll also find thoughts and questions by our community.
Take Me Home