When you’re in your 20s, you don’t expect to need an accessible placard for your car, so you can park close to work, shopping centers, etc. However, that’s the case for many of us with chronic illnesses. I have a placard for my really tough days when I know I don’t have the energy to take a long walk to and from my car just to run into the pharmacy to pick up a medication.

Unfortunately, they couldn’t be more wrong. I’ve had reflex sympathetic dystrophy (RSD) since I was 13. I’m now in my late 20s and still deal with RSD and everything that goes along with it. RSD is considered an invisible condition, meaning you can’t see the problem.

When I was in graduate school in 2011, I worked at the college library in between classes and on weekends. There aren’t many parking spots at the library, and by the time I got to work, most spaces were filled up. I often used my parking placard because I was in a lot of pain. And knew that by the end of my shift, I’d be in too much pain to cross the campus to get to my car.

I often got looks for parking there, but no one ever said anything to me. Until one day, a student, probably not even 20 yet, stopped next to my car as I was trying to get out, grab my cane and my book bag. At first he just looked at me, and I politely smiled. As I was locking my door, he said, “You know, it’s pretty lame that you have to steal your grandmother’s handicapped card just so you don’t have to walk anywhere.”

At first, I was taken aback by his statement. I got stares all the time from people who obviously thought I was faking my limp, but no one had ever said anything to me. I decided that being rude to him wasn’t going to get me anywhere, so I decided to kill him with kindness. I stuck out my hand to shake his and said, “Hi, my name is Kerry. What’s yours?” The guy began fumbling for his words and eventually said, “Huh?” I responded with, “If you want to get to know me and why I’m legally allowed to park here, I’d rather we know each other’s names first, maybe learn a little about each other. Then I’ll talk to you about my disability.” He didn’t know what to do or say, so he just put his head down, said, “I’m sorry,” and walked away.

It irks me that people associate parking placards with grandparents. It’s not a “senior citizens placard,” it’s a “disability placard.” On top of that, not everyone with a disability is in a wheelchair. In fact, I work really hard at not being in a wheelchair and not using crutches or a cane. I want to look as “normal” as possible, but sometimes in order to do that, I need to park closer to a store, so that I’m not walking a long distance, and my limp starts to show.

Disability knows no age or race. Disabilities comes in all shapes and sizes and can appear differently, depending on the person. Just because I’m not old and don’t use a wheelchair, doesn’t mean I don’t have chronic pain. Just because I don’t use my placard today, doesn’t mean I won’t use it tomorrow. We’re taught in kindergarten not to judge people based on first appearances. I wish people who look at me parking in an accessible spot would remember that. 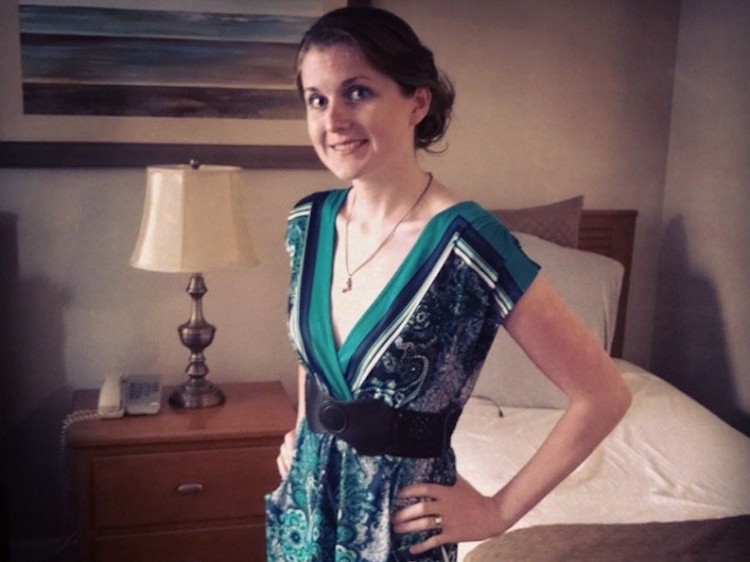 My name is Kerry Hussey, I’m 28 years old, and I have had complex regional pain syndrome (CRPS, also known as RSD) for 15 years.

kerry-hussey
Want more of The Mighty?
You can find even more stories on our Home page. There, you’ll also find thoughts and questions by our community.
Take Me Home