One dark night about six years ago, when my daughter Naomi was 9, I remarked that the Big Dipper was really bright. Naomi had squinted and blinked up at the darkness, wrinkled up her nose a little, shook her head and said, “I can’t see it.” I remember standing behind her and pointing it out while she insisted that she had no idea what I was pointing at. We were both really confused then. Naomi hadn’t had trouble making out the Big Dipper just a few months before.

A few weeks later, my whole family left my in-laws’ house on a dark night, and we all remarked at the clarity and beauty of the stars. Naomi stood again squinting at the sky for a few moments before she finally realized what was happening. Wiping tears from her eyes she said, “I just can’t see them anymore. It’s been like that for a few months now. I just can’t see them at all.” Within a few months Naomi was diagnosed with Bardet-Biedl syndrome, which includes a condition called retinitis pigmentosa. In other words, her retinas were dying, and she was slowly losing her vision. Subtle changes in night vision are often the first signs of this disorder.

Over the last six years, Naomi’s vision has slowly declined. Two years ago we planned a family vacation to a secluded cabin in the mountains of Colorado. I had hoped that at a higher elevation, out in the country Naomi would be able to see some stars again. But even at 3:00 a.m. after the moon set, in a relatively dark valley, at a high elevation Naomi had only been able to make out a few stars. It was a small victory that felt more like a major disappointment to both of us at the time.

But something amazing and totally unexpected happened on our vacation to far northern Wisconsin this summer.

Late one night, my youngest son was pestering me to let him go out into the driveway of our rented lake house and shoot off some glowing rocket helicopters. I finally gave in, but when I opened the front door I found the most profound darkness I have ever seen outside. We were on two square miles of private, dense north woods, and there was not a single light visible outside. The moon was not even up.

With the first few steps, as my eyes adjusted, it was thick, black, locked-in-the-basement-and-can’t-find-the-light-switch kind of darkness. But after we cautiously found our way off the porch and into the driveway, I realized we had accidentally stumbled into something amazing—the most spectacular view of the stars I had ever seen. I rushed inside and swept Naomi out the door. She was a little skeptical as I guided her out into the darkness. Naomi squinted and strained at first, then she halfheartedly pointed out the brightest “star” Jupiter. “OK, I can see that one,” she said. But a few seconds later she could see a few more. After about three minutes she started to get excited. She said she definitely saw more stars than ever here. 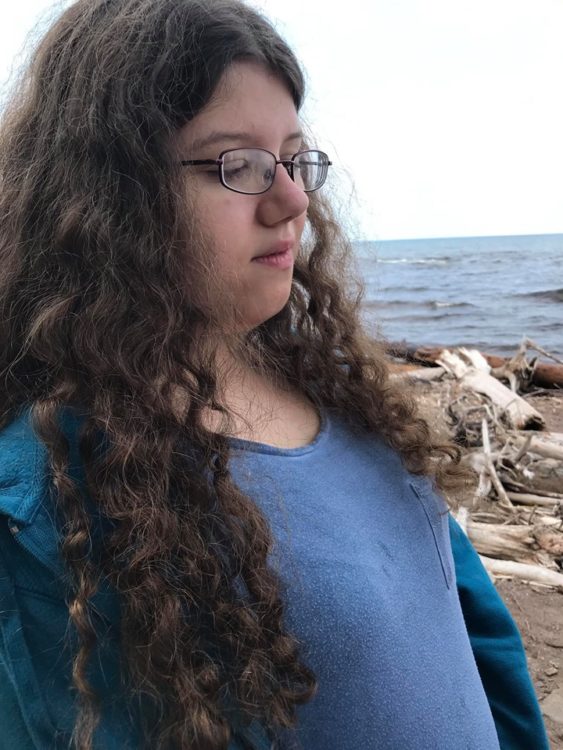 I led her farther down the driveway, away from any light sneaking out the windows of the house, and turned her towards the brightest Big Dipper I had ever seen. Standing behind her I took her right arm and pointed her finger toward each star in the Big Dipper. She saw it! Every single star in it.

I fought a lump in my throat, remembering that night six years ago when we first realized she couldn’t see it anymore. I turned her toward Cassiopeia and pointed at those stars. She squinted and strained and then said, “Oh yeah. There it is. One, two, three…four…that one is really dim, but I see it, … and five. I see them all!” The rest of the family came out then, all exclaiming at the beauty. My brother helped point out the Little Dipper to Naomi, which was significantly dimmer than the others, but she managed to see that one too.

Long after the other family members went back inside Naomi stood under those stars, straining her neck up at the sky, wiping a few happy tears out of her eyes. I finally brought out a wicker loveseat for us, sweatshirts, and some bug spray. We sat together for a long time then, and I just listened to Naomi. The longer she sat out there the more she saw. Her eyes continued to adjust and take in more.

She said it was an interesting way for her to test which spots in her retina were still functioning well because stars would appear and disappear as she shifted her gaze around. She figured out that she could see the most stars out of a few spots in the peripheral vision in her left eye. She couldn’t focus on them perfectly or they would disappear. I told her that’s because the rods in the retina are responsible for both peripheral and night vision. She apparently still has a few spots of relatively healthy rods in her left eye and that is what she was using to see the stars, even though the cones (responsible for central and focused vision) in that eye are pretty bad. By the end of our hour and a half outside, she could see the Milky Way, some airplanes, a few satellites, and what she guessed was about 500 stars. She pointed out some of the dimmest stars she could see, and if she could see those, I’m sure she could see at least 500 others.

It was intensely dark, quiet and beautiful there, sitting beside each other in the wicker loveseat in the middle of the gravel driveway, surrounded by the tall dark pines, with just an occasional call from the frogs in the lake to break the silence, and a sky above us that was finally, finally full of stars, even for Naomi.

It was hard to come inside again, both of us knowing that Naomi will likely never see stars like that again in this life. I didn’t even mention going inside, just sat beside her and waited. Finally, just before midnight, she said, “OK, I think I’m ready to go in now.” It felt profound.

No one took the stars from Naomi last night.

She saw her fill, and then she chose to leave them. She left when she was good and ready.

It was closure. The chance to say goodbye that she never had before.

For so many losses in life, that is what makes all the difference. 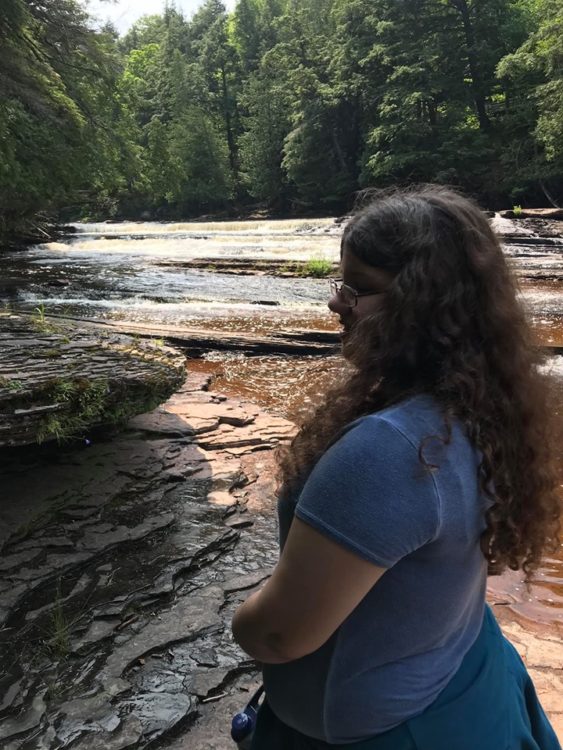