Why We Need to Show the Film 'Wonder' in More Schools

With the school year coming to an end, lots of schools are doing fun activities – everything from watching movies to extra outside time is on the table. My oldest son’s school is no different, and when he learned his class was going to watch the film “Wonder,” Dominic was beyond excited. He knew this movie was important for many of the students not only because of the anti-bullying message, but because this movie is something we our family could finally relate to completely. As Dominic stated when he returned home from school that day, “It was like my friends could finally see what our life is like.” 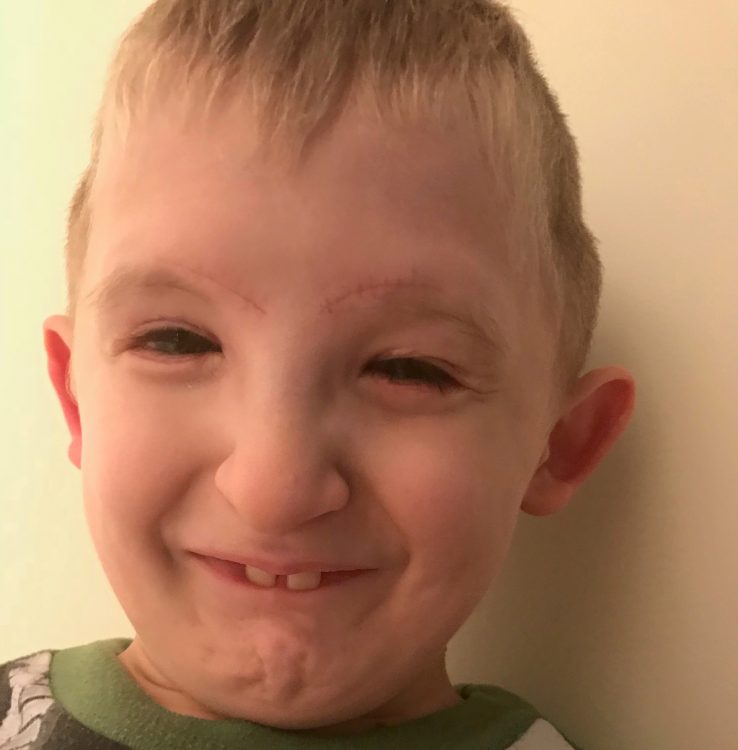 Dominic’s younger brother, Giovanni, has a rare condition called Schwartz-Jampel syndrome (SJS). Giovanni has had 10 surgeries to date and seven of them have been on his face. The child in the film, August, or “Auggie” as his family affectionately calls him, has a different syndrome and had different medical procedures, but when we watched the movie for the first time our family felt like someone turned our life story into a movie.

Like August,  Giovanni has been bullied at school for the way he must eat because of his facial structure. Giovanni’s medical procedures on his face were all to help him breathe and see properly, and just like Auggie, Giovanni has scars from procedures on his jaw and face. Giovanni has come home from school just livid with the way he is treated sometimes, and the film did a great job of portraying that. We were so excited to finally see a character like Giovanni on the big screen because he finally had someone who he could completely relate to in a film.

What we were not expecting was the excellent portrayal of Auggie’s sibling, Olivia. “Via,” as her family calls her, was obviously feeling left out during the film, and Dominic felt a real connection with this character. You could notice her walking behind her parents and Auggie to school. I could feel her loneliness coming through the television as she walked to school on her own. I cried for her when she was missing her grandmother who always made her feel important. When Via’s alone time with her mother was interrupted because she had to run to Auggie’s school to pick him up, I felt nauseous. “Via is Dominic,” I thought. This has happened to us before where special plans for one-on-one time had to be canceled for Giovanni’s needs. It can be difficult for siblings of children with disabilities to find their own identity. Dominic always felt like he was more Giovanni’s brother than Dominic, just like Via seemed to feel more like Auggie’s sister than Via. It has been hard for Dominic to find his own identity and his own path.

The film goes on to show Auggie’s complicated relationships with students at school. Its powerful anti-bullying message is incredibly important for students to hear. But what is equally important is the fact that the students can see a family like ours portrayed in a film. It is one thing for Dominic to tell his friends what it is like to watch what his brother goes through, but it was easier for his friends to really grasp it after watching the film. Now they understand why Dominic misses more time from school than they do because his brother needs frequent medical attention. They make more of an attempt to be more forgiving if Dominic is worried or anxious about his brother. Equally as important, they understand why it is necessary for Dominic to be seen as his own independent person rather than Giovanni’s brother.

Our family’s hope is that more schools show this film to their students. If more students are exposed to films like this, then perhaps they will be kinder to children like our Giovanni. Maybe they will remember to ask children like Dominic how they are doing. I cannot give enough praise to the excellent message against bullying in the film. For us it is also important that families like ours are put in the spotlight so others can really see what our life is like. I genuinely hope that Hollywood keeps making television shows and movies depicting what life with a disability really looks like. After all, it is important for all of us to be represented and to be able to see characters like ourselves in film.

Shannon is a stay-at-home mother of three and happily married. Her time is dominated by their children, hospital appointments, and advocating for SJS awareness.