After Dory’s notable last line, Sia’s cover of Nat King Cole’s “Unforgettable” played over the end credits for “Finding Dory.” It was a beautiful, if somewhat haunting, rendition of the song.

“Mommy, did you like the movie?” My son’s smile suggested he liked it very much.

An unexpected sob rose in my throat. My eyes welled up with tears.

I’d read a few articles beforehand about how parents of children with special needs would relate to Dory’s short-term memory loss and her parents’ worries. I knew what to expect, but I had no idea how it would make me feel.

When my son was 3 years old, “Finding Nemo” terrified him. I suspected his fear had something to do with Nemo’s mother dying in the beginning of the movie, but he was afraid of lot of different things at the time, including bounce houses, swings, going upside down, chicken, hand dryers, automatic flushing toilets, and pants. He had sensory processing disorder, but it would be at least another year before we figured it out.

I did my best to help him cope. It was easy enough to avoid “Finding Nemo” at home, but evading the iconic animated Pixar film in public was tricky. Nearly every time we went to our pediatrician’s office, which was often the during the pinkeye-infested, green nose-plagued toddler years, “Finding Nemo” was the movie of choice playing on the television in the waiting room.

On one particular visit, a book, a toy nor “The Wiggles” DVD could distract my son from the sound of Nemo’s voice. He cried. He hid under a chair. He covered his eyes and ears. He begged me to leave. He trembled. He shook from head to toe.

“Excuse me.” I held my sobbing, shivering son in one arm and tapped on the glass window of the front office with the other until the receptionist slid it open.

“Can I please wait with my son in the back?” There was a secondary waiting area behind the main waiting room for kids needing bloodwork, x-rays, and other medical services.

“Why, Mommy?” Everyone’s name at the pediatrician’s office was Mommy.

“My son doesn’t like the movie.” The look on her face told me my explanation was insufficient. “He doesn’t like ‘Finding Nemo,’ and it would be best for him to wait for the doctor someplace else.” Still, she wanted more. “He’s afraid, and I don’t know why, but I know he can’t wait here!”

I didn’t expect to speak so loudly. She looked me over. I looked away. I heard a buzz. She unlocked the door, and we finished our wait as far away from “Finding Nemo” as possible.

I’ll never forget the look on the receptionist’s face when I needed help, compassion, and understanding. (We eventually left the practice.) She viewed me the way a lot of people did when my son wouldn’t eat pizza at birthday parties, wear pants when it was cold, or participate in circle time at our Music Together class. My son’s official diagnosis was still far off, but in that moment, I knew in my heart I was the mother of a child who had special needs.

At 9 years old, my son appears to have no recollection of his long ago fear of “Finding Nemo.” It’s not a secret, but if it ever comes up, he responds as though I’m telling him a story about some other kid. He doesn’t seem to remember the anxiety, the panic, or the sadness. And I’m glad. I don’t want him to bear that burden.

After persevering though years of occupational and other therapies to conquer, or at least lessen the severity of, his sensory processing differences, he deserves a clean slate, or at least a path with fewer bumps. His diagnosis has undoubtedly shaped his childhood, but the notion that it should cast a dark shadow on his future path is unjust. The parts of “Finding Dory” that were the hardest to watch were the moments, albeit fleeting, when Dory knew she was lost and alone. Her vulnerability, no matter how short-lived, broke my heart.

The irony that he burst at the seams with excitement to see “Finding Dory” when “Finding Nemo” caused so much challenge wasn’t lost on me. His fearless enjoyment of the new movie reminded me of not only the hurdles he’s faced, but also the obstacles he’s worked so hard from such a young age to overcome. The movie brought me back to that grim afternoon at our pediatrician’s office, but it also flooded me with gratitude for how far he’s come.

“Unforgettable” slow danced in my head as the lights came up in the movie theater. 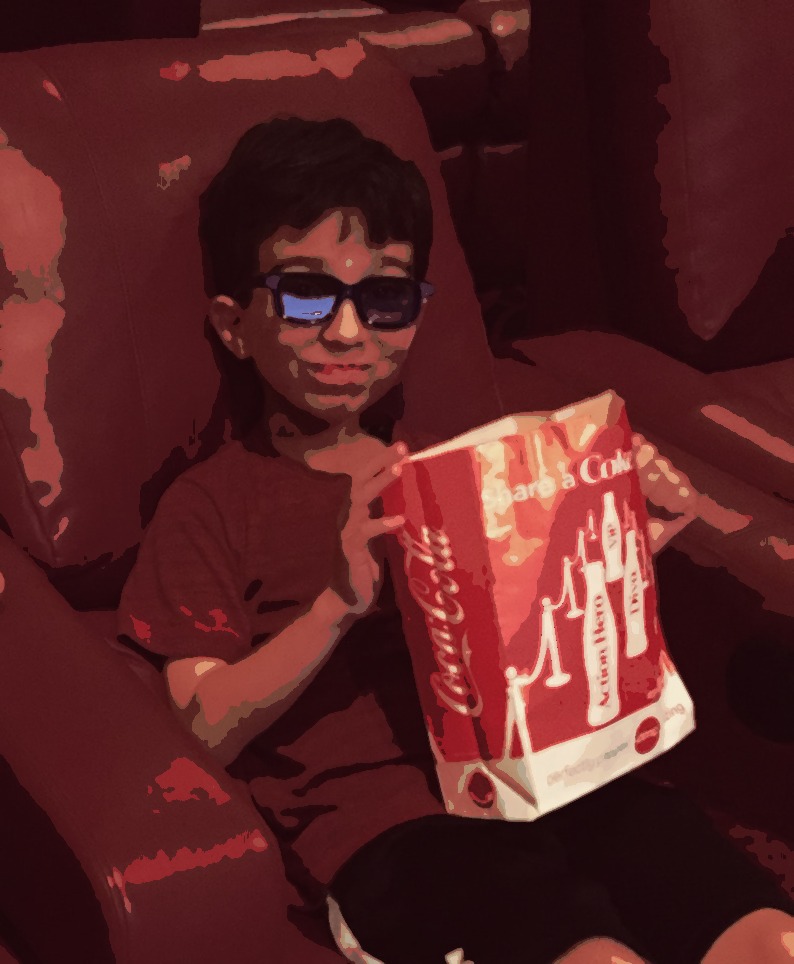 I waited for the sob in my throat to recede before I spoke. My son happily filled the space.

“Which movie did you like better? ‘Finding Nemo’ or ‘Finding Dory?’ I liked ‘Finding Dory’ best. My favorite part was when the truck drove off the cliff and fell in the water. That was awesome.”

His enthusiasm was contagious. “It was awesome, but it’s hard for me choose a favorite because they’re both such great movies.” He didn’t seem to mind that I didn’t pick one over the other. How could I? Both movies would always be unforgettable.

Jennifer Gregory is the writer behind the blog, The Runaway Mama. Her writing has been published on Huffington Post, Scary Mommy, Mamalode, Sammiches and Psych Meds, BonBon Break, and BLUNTmoms, and she has been featured on the TODAY Parents weekly “Best Parenting Posts on Facebook” list. She wouldn’t want to be anywhere else except home raising her two boys, but like the little bunny in Margaret Wise Brown’s classic book, she sometimes wants to run away. Read more at The Runaway Mama, and follow her on Facebook and Twitter.