That Time I Defaced My Son's Developmental Questionnaire

A few weeks back I realized that my son never had his 2-year-old well check. Whoops. Somewhere in the chaos of sleep studies and trach removal and clinic appointments, I just plain forgot to schedule it. But since practicing a better-late-than-never parenting philosophy seems to be working out so far, I went ahead and made the appointment (nine months late) to coincide with his little sister’s 1-month checkup.

Two birds. One stone. No problem.

Except for one little thing – one teeny problem I’d completely forgotten about: the Ages & Stages Questionnaire (or “ASQ” if you’re short on time). 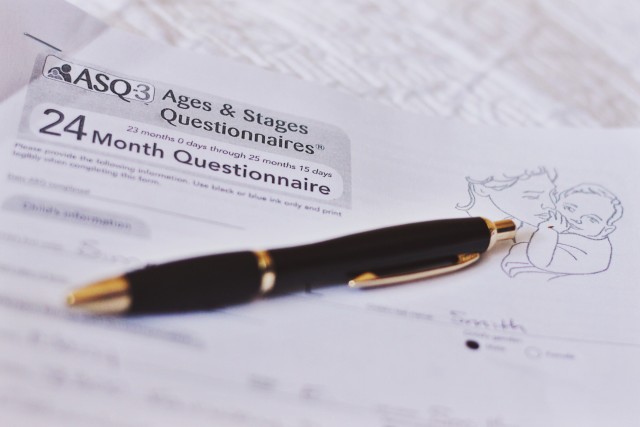 Some of you may remember my last run in with this little monster, but for those of you who don’t, let me enlighten you. The ASQ is given to parents to complete before their little one’s well check. It’s a screening tool designed to identify and pinpoint developmental delays in children. In other words (for you parents of children with special needs) it’s a soulless torture device made up of questions that can only be described as highly presumptuous and borderline absurd.

Pardon my French, but this test is a fart face of the highest caliber.

The questions make it impossible to ignore the things my child can’t do. In fact, it was created to highlight each and every can’t while assuming so many cans that just don’t apply to us. For example, it doesn’t say, “Can your child jump?” Instead, it says, “When your child jumps, does he lift both feet off the ground?” What a jerk, amiright? 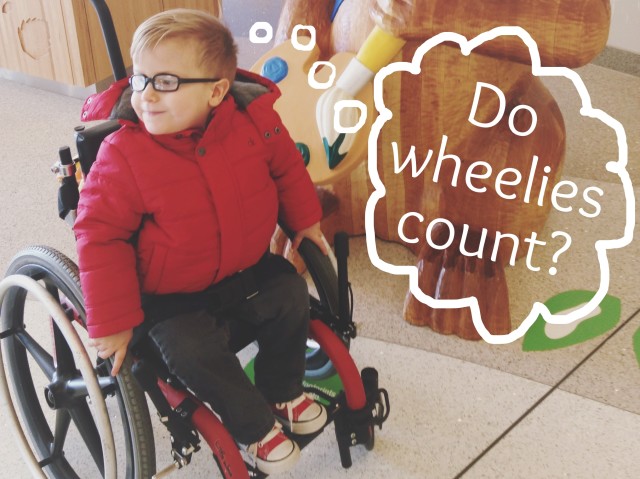 I’ll admit, the form is extremely helpful for catching delays in typically developing children but, when your child’s delays are already identified, the ASQ is mainly helpful for crushing your spirit and leaving you to perish in a steaming puddle of your own tears. If your positive outlook is like a slug, then the ASQ is like a pound of table salt. It melts away your good feelings until they’re nothing but a sticky mess on the pavement grossing out your mom (at least that’s how it worked when I was a kid).

Which brings me to last week when the friendly receptionist handed me my son’s well check forms. Tucked inside was the dreaded developmental questionnaire, which I shoved to the bottom of the stack and actively ignored. Truth be told, I’m pretty sure I could have left it blank. Our doctor would understand and besides, there wasn’t much it could tell us that we didn’t already know. I could have ignored it completely. I considered doing just that. But then I got to thinking…

What if I didn’t take this thing so seriously?

What if I laughed in the face of all those nevers and can’ts and shoulds?

What if, instead of letting the ASQ control my feelings, I controlled the ASQ?

So, after the little ones were (glory of glories) both asleep for the night, I grabbed a pen, sat down at the table, and got to work.

Suck a lemon, ASQ. I‘m going to make you fun if it kills me.
(And, yes, the following is indeed the copy I turned in at the doctor’s office.) 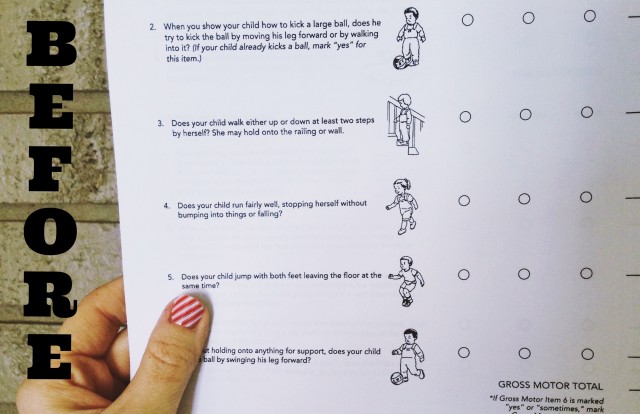 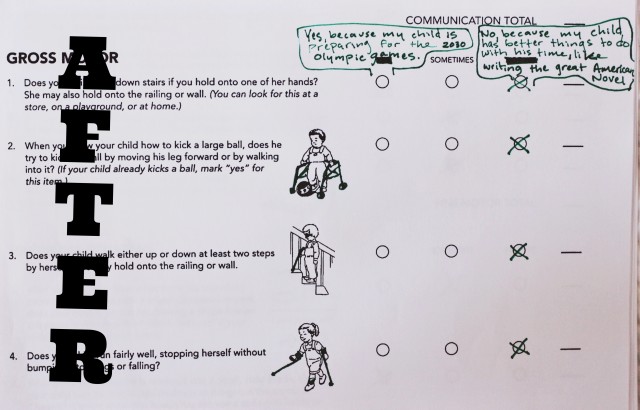 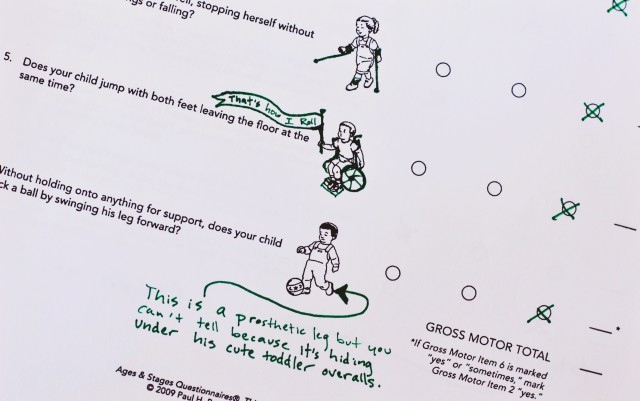 And of course, his very own addendum (just like last time). Because the other questions are a grossly inadequate representation of his greatness… 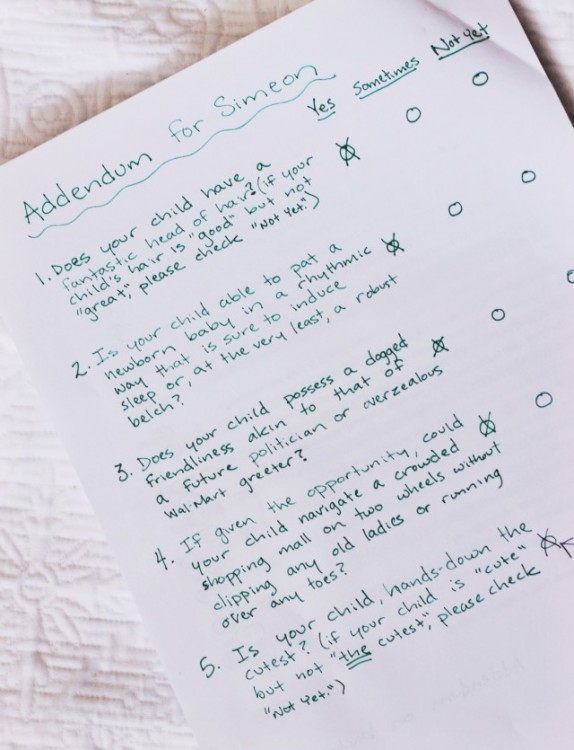 This post originally appeared on What Do You Do, Dear?

Mary Evelyn Smith is a Children’s Librarian and writer living in Columbus, Ohio with her husband and bespectacled toddler. She writes about life, laughs, and (not so) perfect parenting at www.whatdoyoudodear.com. Follow her on Facebook and Twitter at @whatdoyoudodear.

mary-evelyn-smith
Want more of The Mighty?
You can find even more stories on our Home page. There, you’ll also find thoughts and questions by our community.
Take Me Home