Sacking Up and Waiting on a CT Scan for My Testicles

“Your scans are perfectly clean. There is still no cancer in your body on this scan.”

One of the things I hate most about scans is the waiting. If you’re reading this, I didn’t want to put you in suspense (although that is a stellar literary technique). So there you have it — I am still in remission. Feel free to click out of this post. Just kidding! 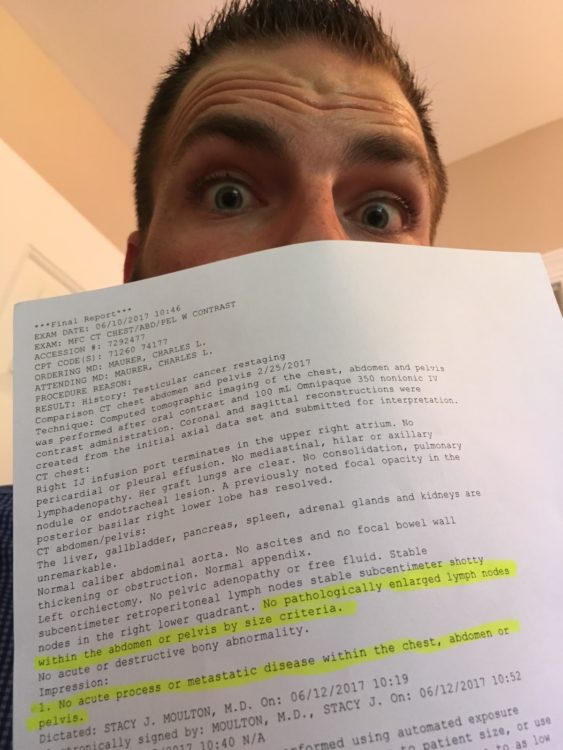 I had my second follow-up scan on Saturday, June 10. In the morning I ingested the barium solution (which wasn’t half bad, to be honest, since I went with the mocha flavor this time — though it still had the same post-scan fecal impact) and headed to my scan. While there, the nurse asked if I was experiencing any new pain or symptoms. 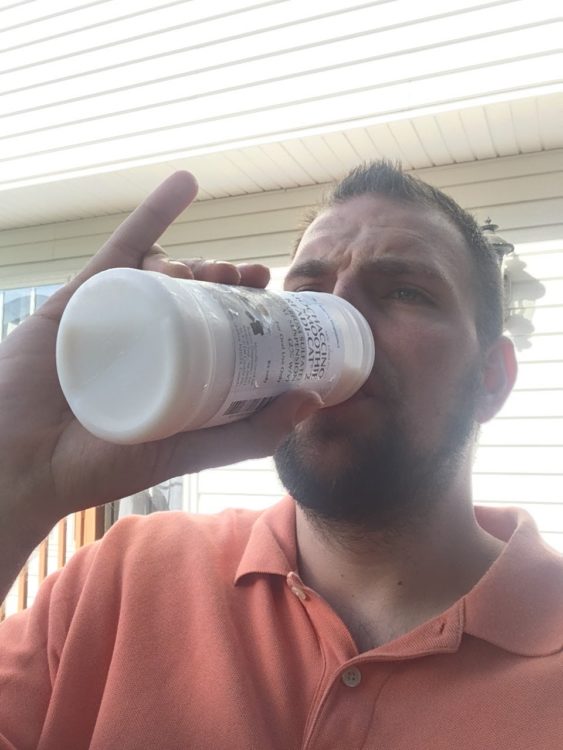 I had been experiencing some slight discomfort in my scrotum but was pretty sure it was due to anxiety stemming from my scan. Nonetheless, I’ve learned less isn’t more when it comes to medical issues, so I shared that information with the nurse.

“Is the pain in your right or left testicle?”

She blushed and apologized profusely. I simply laughed and thought back to the initial CT scan in November when they asked me if I had ever been diagnosed with cancer, two days after my diagnosis.

I’ve now become accustomed to being the Uniballer.

The scan proceeded as expected. Nothing really new to report.

However, my mind was racing afterwards. When would I get results? The day prior the oncologist office had called and said the doctor needed to reschedule since he was going on a trip when my appointment was set. (I later found out it was a surprise getaway for him planned by his wife — that man definitely deserves a vacation!)

They said he couldn’t see me until July. That wasn’t going to fly with me. I was not about to wait a month to get results. My anxiety about recurrence tends to flare up most often when I know a scan is imminent. I feel pain that might not be there and I get trapped in a dungeon of despair.

Thoughts of having to go through chemo again flooded my mind. I began making mental lists of what I would need to do if there was a recurrence — contact my new school, shave my hair that had just regrown how I like it, change wedding plans and stock up on Joe Corbis.

My thoughts were quickly escalating. I didn’t want to be like that for a month so I pressed the issue of getting to hear from him sooner. The doctor could just call me with results. I would still be happy to come in on July but I wanted to know ASAP.

On Monday, June 12 (the date of this writing and also my brother’s birthday) I got a call from the oncology office saying they had a last minute opening at 4:30 p.m. and they asked if I wanted it.

Mallory and I arrived at the clinic and were shown to a room. I’m pretty sure I’ve now been in all the exam rooms at the clinic between all my various appointments. The doctor came in and said I was still in remission. 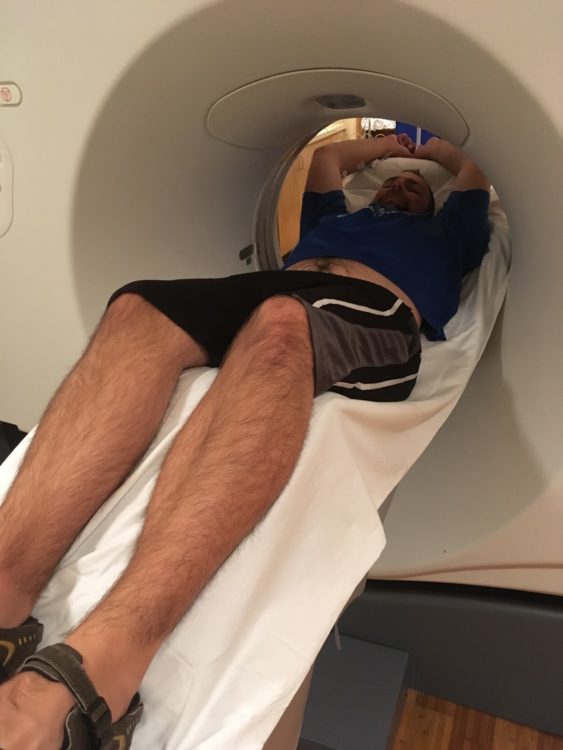 What a weight lifted off my shoulders, but I still feel it’s wise to stockpile more Joe Corbis pizza kits (a favorite of my chemo cravings).

He showed me my scan. While lymph nodes were still detected on the scan, none were of abnormal size and the nodes are a normal part of a body. He pointed out different organs to me and even said there was a decent showing of muscle. Thank you, Tony Horton.

The next topic of discussion was my medical plans going forward. Most excitingly, I can now get my port out! This is a huge win for me, as it is really uncomfortable and annoying (especially when taller students give me hugs — which is strictly against my policy of no fun, love or friendship in the classroom — and then I hug them anyways) and I just want it out.

Once it’s out I’ll write a post about the process. Additionally, I’m going to have blood work done in October and a next set of scans in December (six months out from today and nearly a year post-chemo).

The doctor asked me how I was doing as I continued assimilating to real life. That’s one thing I really always like about him — he treats me as a person first and a patient second. I told him I was doing better but have been getting anxious over the past week about my scans. According to him, this is a normal part of the process and gets better with time.

I would be willing to bet my left right nut I’ll feel this same scanxiety in December, but it helps to know I can move on when I get the good news.

Thus ends the story of scan numero dos. Although it’s a pretty straightforward and boring story, I will take that over a tale of recurrence (even though I already had some blog titles worked up, among them “Lightning Strikes Twice” and “Guess Who’s Back.”) It’s the last week of school and a great way to transition into summer. 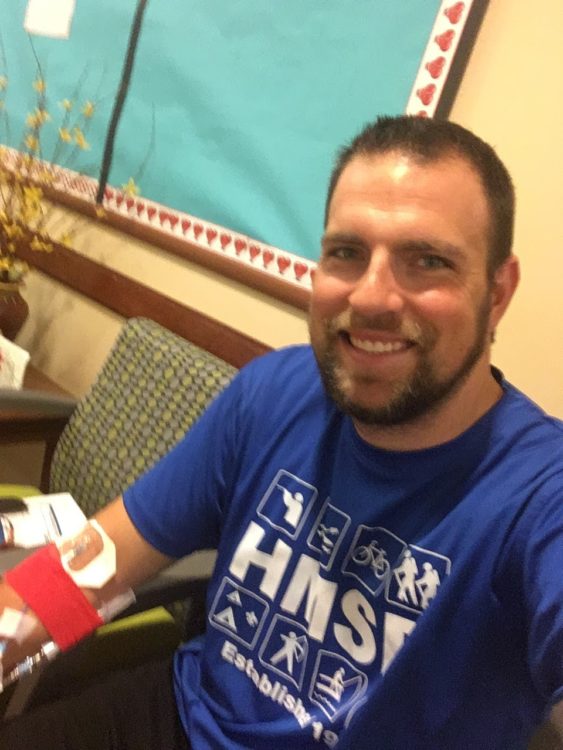 In the sage words of the wise American prophet Ariana Grande, “I got one less, one less problem.”