Why I Urge You to Follow the Doctor, Not the Hospital

When we first receive our rare diagnoses, most of us do the same thing: We go to Google. When we search our disorder, we find information on pages from the National Organization for Rare Disorders, the rare disorder’s foundation page, and the most renowned hospitals in the United States. We read and read and read until we become the experts on our disorder. We become able to explain our rare diagnosis to the medical world, and we become our very best advocates.

When I was diagnosed with Mal de Debarquement Syndrome, according to the MdDS Foundation website a rare “neurological disorder that leaves the patient feeling as if they are in constant motion,” nearly six years ago, I began my Google search and found information from the Mayo Clinic, Mount Sinai, and of course WebMD.

I began my journey by following the path laid out by my insurance. I had to first visit a doctor in my town, then exhaust all opportunities for specialists in my state before I could travel the three hours north to the Mayo Clinic.

Throughout this time, I began communicating with a doctor at the Mayo Clinic who suggested I contact the specialist for my rare disorder. Even for a very rare disorder such as MdDS, there are doctor(s) who are researching this disorder although they are few and far between.

I have followed this specialist for research studies on MdDS from Oklahoma to Minnesota, and she has been a valuable resource in helping me manage my symptoms to make my days with MdDS more tolerable.

After my second diagnosis of the rare Thoracic Outlet Syndrome, which according to the Mayo Clinic is “a group of disorders that occur when blood vessels or nerves in the space between your collarbone and first rib are compressed,” the Google search returned results from the Mayo Clinic, Cleveland Clinic, and Johns Hopkins.

After completing eight weeks of physical therapy and realizing surgery may be the next logical step, I immediately jumped on the opportunity to visit one of the top hospitals in our country and their newly designed Thoracic Outlet Clinic. I spent a week at the clinic undergoing all types of testing and meeting with neurologists, vascular medicine, physical therapy, radiology, orthopedic surgery, pain management, and vascular surgery. After the five days, it was determined I was a good candidate for surgery.

The surgery would entail removing my top rib to relieve the compression. The top vascular surgeon at this clinic had done 250 of these surgeries in her lifetime (about 13 a year). Performing one rib resection surgery a month left me a little concerned as I had never had surgery before.

So back to Google I went. I ended up finding a surgeon located in the Midwest who has made Thoracic Outlet Syndrome and ultimately the surgery his life’s work. He literally wrote the textbook vascular surgeons use when approaching TOS in their studies. He had completed 2,500 rib resection surgeries, and although they were more intensive (including removing/stretching scalene muscles, cleaning up damaged nerves, and removing, stretching and reattaching the pectoral muscle), the results of the surgery were promising.

So, in two weeks, I’m going to have surgery at a hospital I had never heard of until six months ago. I am going to see the world’s best surgeon for this surgery. I was my own advocate and found the best person, the best doctor, not necessarily the best known hospital. So don’t settle on the names that show up first in a quick search. Ask questions, do your research, become your own advocate, and find the best possible outcome for your rare diagnosis. Hope can often be found further down in that Google search 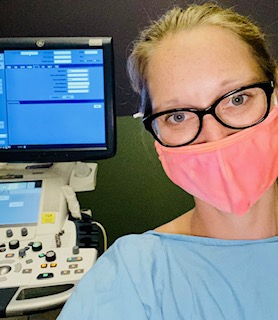 I am a wife, mom to three and adjunct instructor at our local university. I am diagnosed with Mal de Debarquement Syndrome, Bilateral Thoracic Outlet Syndrome, Chronic Pain, Complex PTSD, Depression and Anxiety. I love teaching, research, and making epic memories with my family. Life is choices and I choose to live.

lgilbert1130
Want more of The Mighty?
You can find even more stories on our Home page. There, you’ll also find thoughts and questions by our community.
Take Me Home