How Trichotillomania Made Me a Better Mental Health Advocate

Our journeys with mental health are so incredibly private, and yet their impact is often so publicly scrutinized; trichotillomania as a mental health condition is no exception to this. I was around 11 years old when I started pulling my eyebrows. As a teenager, when many are at their most socially apprehensive, having to fill in your eyebrows and eyelashes with make-up causes more anxiety than the angst which triggers the initial pulling.

I was and still am an extremely conscientious young woman; if I struggle academically or professionally, it generates a degree of anxiety which is temporarily released by playing with and pulling at my eyebrows. As I sit here at the age of 34, with a more informed appreciation of my level of perfectionism and high standards of achievement, it therefore makes sense that starting secondary school would have initiated a level of anxiety I simply didn’t have the tools to manage. 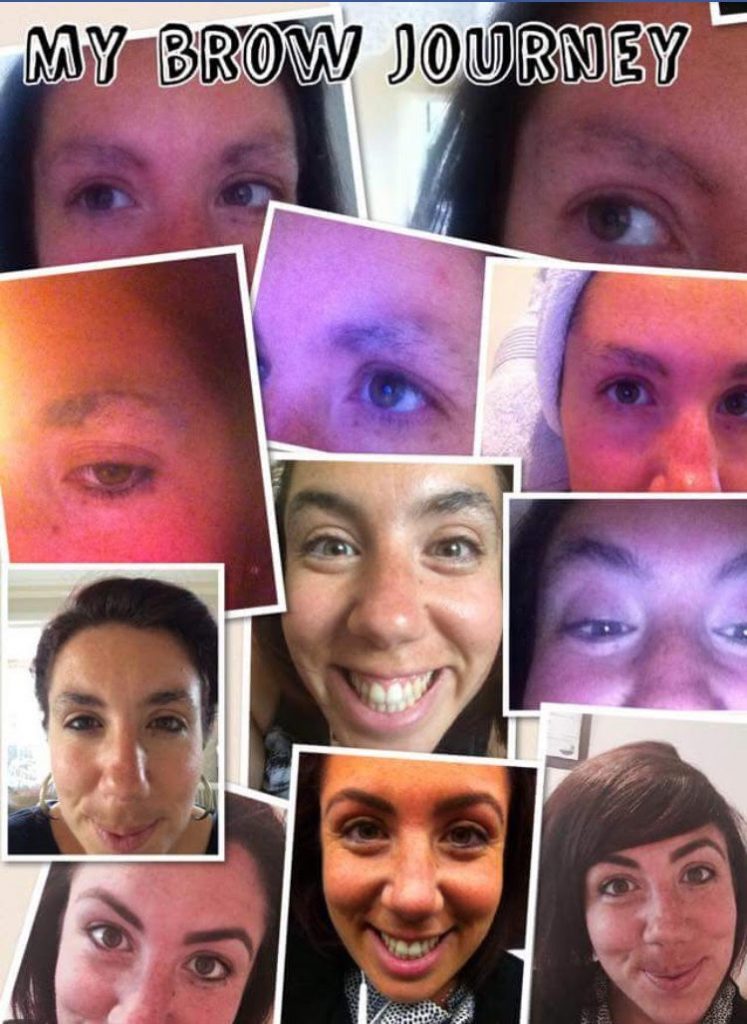 Interestingly, children are the only people who, in their innocence, have questioned my eyebrows. Of course, such instances have caused me intense shame which I managed to redirect at the time, but so many daily activities have made me extremely self-conscious – going swimming, applying sun cream, even getting my hair washed at the hairdressers. Subsequently, the liberating discovery that all my inconspicuous hair pulling behaviors were a medically recognized disorder enabled me to feel strangely “normal” after feeling so abnormal for such a huge proportion of my youth. Moreover, I have become inclined to comprehend rather than judge my triggers. For instance, one of my most intense triggers is the feeling of hair regrowth which implores me to pull.

For 20 years, I have remained silent about my hair pulling, accepting these behaviors were simply an eternal part of my identity; a level of acceptance which would cease to occur with a physical injury. This is why, as I empower young people to explore their own mental health, emotional literacy forms the foundations of my work. Yet, the fact I have had to reach my adult life to achieve such liberation is at the crux of why mental health conversations are so incredibly important.

Hair pulling was always the elephant in the room – another behavior which feeds the gremlin of mental illness. In retrospect, I suspect my parents refrained from having a conversation which might embarrass me; upon reflection, having those conversations may have been conducive to normalizing the notion that mental health is no more within our locus of control than physical health is. We can exercise, eat healthily and refrain from harmful substances, yet still get physical illnesses. Why do we proceed therefore to assume that mental health discriminates? It’s important that society realizes that when the emotional intensity exceeds an individual’s capacity to regulate that intensity, one can develop dysfunctional behaviors – it is often as simple as this.

In two years, although my eyebrows have not returned to their initial state, I haven’t been pull free. I’ve undergone particularly stressful times over the past year and this has triggered my trichotillomania; however, being aware of my triggers, I am now equipped with tools to manage them. For instance, I book in regular appointments for threading to provide me with accountability and support. Most importantly I don’t try and fight trichotillomania – undoubtedly, I’d like to be pull free but I don’t fight the fact I’m not. I have learned that feeding a punitive inner voice is not helpful. Rather, I continue to aim for the former every day and know I can and will get there, in time. Most importantly, my journey has inspired others to be vulnerable, normalizing what it means to be human, rather than holding us ransom to an unattainable highlight reel. Trichotillomania has given me the gift of empathy with mental illness in others and remarkably, the power of connection is healing. If only we would share our challenges the way we share our successes, we could strengthen our resilience and reduce the isolation which feeds mental illness.

I have an enduring passion to create safe, authentic spaces where young people particularly, can feel empowered to get in touch with their vulnerabilities, and flourish in spite of them.