It was dark at my parent’s rural home. My children were watching the sky and waiting for fireworks. While they watched in anticipation, I watched them. Each child responded in a different way. One stood at the edge of the cornfield and waited. Another was snuggled quietly next to my mom. The other yelled out in excitement while the last sat close to daddy.

It was hard for all my children to wait. While we waited for the sun to fade, two of my children were brave enough to play with sparklers. One was more enthusiastic than the other, but both were amazed by what they held in their hands. When the sun finally faded, all the children got chilly. My mom brought out blankets and jackets. All but one could sit still long enough to get warm.

Two of our four children are early birds  — one of them was sitting on my lap. All was quiet until another round of fireworks. The little early bird on my lap darted and would surely be asking for more fireworks the rest of the weekend.

To an onlooker, we would have been the picture perfect family. I could’ve snapped a photo and posted it on social media, proudly boasting. Those who don’t know our family well enough just might’ve believed it. But pictures can be deceiving. One my four children has an incurable disease called Tuberous Sclerosis Complex. He is severely effected by this disease and because of it, also has epilepsy, autism and intermittent explosive disorder. Could you tell which of my four children this is by my story? If you were an onlooker, I bet you couldn’t have.

Differences are a matter of perspective. We can look perfect from the outside or in a photopraph, while hiding our differences on the inside. Or, beauty can be overlooked because of superficial differences on the outside. Exclusion based on either denies one the opportunity to realize beauty isn’t defined by conformity. 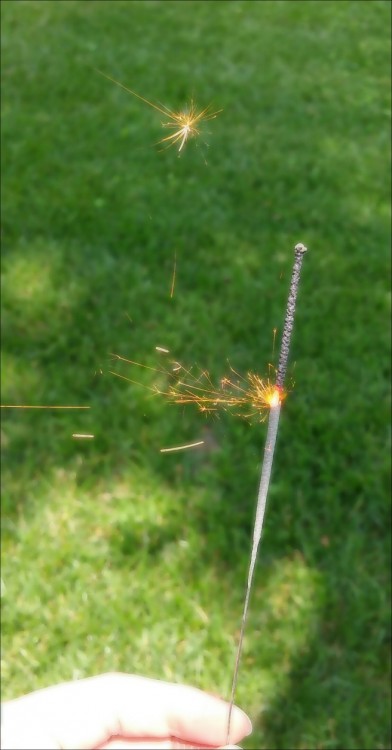 Consider a scene at a grocery store: A mother is there with four children. One of them becomes emotionally distressed. That mom could be me. Do you give a disapproving glance or do you give her grace? How do you know if it’s my child with autism, struggling with neurological issues, or one of my other three, simply over-tired? You don’t know and I won’t tell you.

Like those fireworks that filled up the sky, each one of us is unique and made of different colors, shapes and designs. We enjoyed both the ones that silently appeared before us, and those that made a “boom” on their arrival. How mundane would life be without these differences? We know nothing about the inner-workings of fireworks, but we’re smart enough to see them for what they are — just as we should see everyone, beautiful and bright. We’re all meant to fill up the darkness of life with different colors. Think of that next time you lift your face to the dark sky. 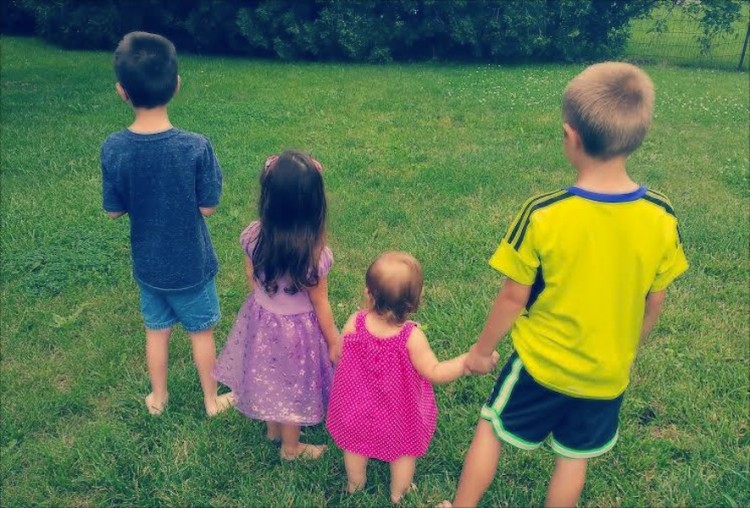 My husband and I have four children. We have numerous daily challenges. Our youngest son suffers from epilepsy (including Infantile Spasms) and developmental delays because he is severely effected by a genetic disorder called Tuberous Sclerosis Complex. Seven years after our son’s diagnosis, I was diagnosed with Rheumatoid Arthritis and Fibromyalgia. I write because I don’t want anyone to feel as alone as my husband and I did the day we learned our son had a life altering disease, or as alone as we often feel struggling with multiple diagnoses within our home. It is difficult for me to share my life with others, but my hope in doing so is to reach someone across the digital divide and say, “You are not alone.” Our challenges can certainly tear us down, and at times they have, but we hope the lessons of which can better our lives. I can only hope to help others by sharing our experiences.