The One IBD Symptom We Don’t Discuss Enough

When I was diagnosed with ulcerative colitis at 14, I was too young to understand the weight of that diagnosis. I had just started high school, and for all I knew, I just took some prescribed medication and moved on with my life. Nutrition wasn’t discussed, lifestyle choices were not discussed, and mental health certainly wasn’t discussed in my gastroenterologist’s office.

That was in 2001. Over the last 19 years, I’ve dealt with two major flare-ups. The first one was in summer 2007 after I finished my first year of college. The second one didn’t come until 2018, about six months before my wedding. In between those two pivotal UC moments, I really took the time to get to know my illness. I participated in fundraisers, attended IBD-related events, spoke at galas, told my story for websites and magazines, met my closest friends with IBD and maintained a healthy exercise regimen to manage my symptoms.

Leading up to 2018, I really thought I had a solid grasp on my UC. After all, I had become an expert in it. I was often asked to provide advice to new patients, and I made it known that I had UC in an effort to “de-stigmatize” poop talk. I didn’t want other people to feel isolated, alone and scared–because that’s how I felt when I was 14 years old. I was young, the Internet barely existed, and social media certainly wasn’t a thing when I had my first colonoscopy. I didn’t have easy access to resources, nor did I know I needed it. But after my first flare passed, I realized that I could be a strong female voice in the world of IBD. I thought I had a handle on my own condition. I was an “inspiration” to so many people…except myself.

When I got sick in 2018, I was perplexed by the sudden onset of symptoms after years of remission. And like so many other IBD patients, I looked for what I did wrong. When I came up short, as we all do, I started to panic and fall back into the isolation. The alone. The scared. I also felt so angry at myself for being ignorant enough to believe I’d never get sick again. I was months away from marrying the love of my life, and I couldn’t walk to the end of my block without rushing to the bathroom again. I felt so unworthy of anything good and wanted to crawl into myself and disappear.

Another thing that slowly started to manifest in my life, leading up to 2018, was depression.  I had explored the world of therapy and bounced between different people for years, but I always ultimately stopped going. I didn’t feel like it was getting me anywhere, or I felt pretty good after a few months and deemed future sessions unnecessary. Then, something would happen. I’d fall back into this dark area of my mind, unable to crawl out of it. I once described it as sitting at the bottom of a well. You can see the light at the top, but there’s nothing to grab onto in order to climb out. So you continue to claw at tiny crevices that eventually crumble into themselves, and you slide back down to the bottom. That was me, constantly clawing and pretending I’d eventually get to the top.

I had also dealt with body image issues throughout high school, college and my young adult life. Flare-ups and medications caused my body to fluctuate in appearance and functionality, and I spent years feeling insecure in my own skin. I am a competitive runner, so one might argue that a young runner is already “predisposed” to image-related insecurities. Combined with a chronic disease that attacks your body and unaddressed depression, my self-confidence was pretty shattered and distorted up until 2018.

It wasn’t until a wise spiritual coach reflected something back to me about my flare-up that things started to fall into place. During a coaching session, she gently suggested that the flare-up was my body losing control for me, because I refused to relinquish it willingly. I was so busy trying to manage everything and everyone around me, I was neglecting myself, and my body was simply sounding the alarm in a way that would get my attention. I was floored. Up until that moment, I had never truly made the connection between my depression, mental health and colitis. I wasn’t addressing the deepest wounds of my disease; I was avoiding them.

So I started paying attention. I noticed the thoughts I was having, the patterns I was doing and how they impacted the way I was feeling. I chose to lose control of some things. I chose to cut out other things. I chose to be kinder to myself. I chose to look at myself in the mirror after a shower and tell my body that it was beautiful. I chose to say “no” more. I chose to challenge my doctor and advocate for what I knew was best for me. I chose to lean into my depression and get curious about it. I took notes. I (very slowly) peeled back the layers and realized it was the biggest onion I’d ever see. So naturally, I chose to cry.

Over time, my symptoms started to lessen, and eventually, my bowel movements were normal again. It wasn’t something I ate that sparked this flare-up. It wasn’t that I didn’t “understand” my disease. It was that I was so deep in denial about my depression, something needed to give, and this time it was my remission. Once I accepted that our health truly deserves a holistic approach, I began to welcome mental health into the dialogue of my life with UC. I started talking about body image more. I talked about depression more. I talked about anxiety more. My focus in all of my advocacy work slowly shifted away from the medication and the nutrition and the exercise and more toward prioritizing mental health. And for the first time, I felt like I was actually telling my whole story, not just the parts of it that are easier to hear.

Looking back, I realized I never took care of that 14-year-old girl who felt so isolated, alone and scared. I tucked so much of her away and plowed forward, ignoring her cries for support over the last 19 years. Now as a 33-year-old woman, I embrace the necessity of giving mental and emotional health space to breathe and be heard. Other things, like medication adjustments, played a role in my journey back to remission, as well. But honestly? I believe that taking care of my inner 14-year-old and her unmet needs was what allowed me to heal again. And be authentically happy, confident and secure for the first time in my life.

The effects of any autoimmune disease on our mental health can feel subtle at first. Maybe you don’t even recognize them; I sure didn’t. They are not as tangible as physical symptoms, and they are, even today, often misunderstood in their influence over chronic illness. But they are there, and they deserve the undivided attention of our entire treatment team, including ourselves. We deserve to be throwing pennies down a wishing well, not wishing our way out of one. 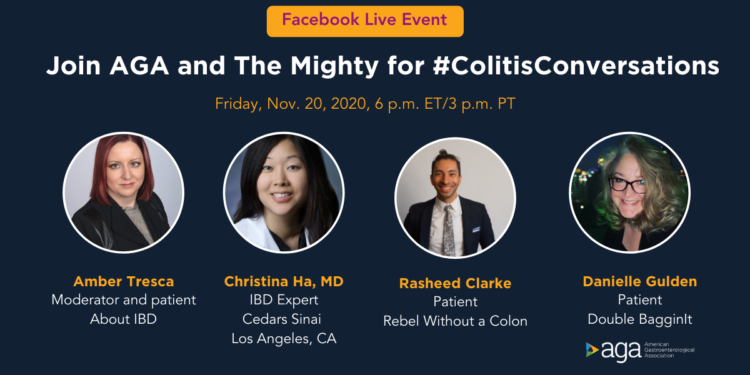