Writing about suicide isn’t easy. I’ve been trying for a while to write this post, but I never know where to start. Do I start with my own story? How I’ve lived in that pit of despair that causes someone to actually think that taking their life is a solution? Or do I open with the staggering suicide statistics? Like, every 40 seconds someone takes their own life?

Neither options allowed me to find the right voice to speak about something as evasive as suicide. But then, last Wednesday, I received a text message that finally gave me the voice to talk about it. And that voice is mighty pissed off.

It was 8:30 p.m., my husband and I were lounging on the sofa, catching up with our DVR, when my cellphone dinged. We have a rule that we try not to use our phones after a certain hour, unless we’re expecting news. If it had been one text, I would have ignored it. But it was the urgency of multiple incoming texts that made me break our rule.

It was my best friend. She had just found out that an acquaintance of hers had died by suicide (I didn’t know the person). She didn’t know her that well; they’d only performed together once. Her friend, who had known the woman more intimately, had told her the news, and he was devastated. My friend was in the middle of a rehearsal and couldn’t really talk, but she needed to tell someone who would understand, who could offer advice on how to console her friend.

Despite being the bastion of mental health knowledge that I am, I was at a loss and caught completely off guard. There’s no real way to prepare for the news of a suicide. Other than being there for them, listening to them and giving them a hug if they want it, there’s no real way to console a friend or family member who is dealing with this type of loss.

The absurd thing about this situation is that in the past two months, this is the third suicide victim I’ve heard of (and I’m not counting the multiple suicides covered by the media, like Leelah Alcorn). I haven’t personally known any of the victims. It’s always a friend of a friend, but the news always hits me like a punch in the stomach, knocking the wind out of me before I’m brought to tears. (I cry for the death of strangers because I feel a fellowship with people who have mental health issues and because I know that black hole of sadness all too well.)

Despite all the advances we’ve made in mental health awareness, suicide is still an issue shrouded in silence and secrecy. Suicide is treated like a contagious disease, as if you can catch it just by speaking its name. What if “suicide contagion” happens not because of the act itself, but because no one wants to talk about it? No one wants to talk about the fact that maybe they’ve thought about killing themselves before because it’s embarrassing and morbid. Or maybe they had a relative who died by suicide, who no one talks about anymore. Or maybe suicide just makes them feel terribly sad, even if they didn’t know the person.

There’s no easy way of talking about suicide because it’s hard to explain why someone would think killing themselves is a viable solution to their problems. As someone who has seriously thought about numerous ways to die, suicide is still hard to articulate. It’s a complex and confusing issue because it goes against one of our most basic instincts: self-preservation.

The thing is, suicide is never about wanting to die; it’s about wanting the pain to end. It’s about wanting to disappear. It’s about wanting whatever it is you’re struggling with to be over. If you’ve never battled with depression, anxiety, post traumatic stress disorder, an eating disorder or any other form of mental illness, it’s hard to understand the enduring and seemingly never ending psychic pain. It’s a pain that follows you like a shadow in your waking hours and haunts your dreams as you sleep. There is no escaping it.

Suicide is hard to talk about because of the pervading myths that surround suicide. I’m sure a researcher somewhere has done a fancy study with numbers, but I’ve been in enough social situations to know how ignorant people can be about mental health and suicide.

I was at a party this past summer when the subject of suicide, self-harm and mental health came up. I don’t know how or when the conversation started, but it was sudden and swift, and I braced myself for impact.

“They do it for attention.”

“Well they say you can tell a cutter from someone who really wants to die by the direction of the cuts.”

“How much of a loser do you have to be to f*ck up your own suicide?”

“I get why people jump in front of a metro – but everyone knows taking a bottle of Advil will only make you sick.”

These comments were tossed out over wine and cheese, in front of near perfect strangers. This is the stupidity and callousness with which suicide is discussed. It was complete thoughtlessness and ignorance that dominated the conversation.

Let me demystify a few things about cutting and suicide – the two are not intrinsically linked. Just because you cut, doesn’t mean you want to end your life. Attempting suicide or self-harm are not cries for help and aren’t attention seeking behaviors. People who do these things are sick, just like someone who has cancer or diabetes, and they simply don’t know how to cope with their feelings or the world they’re living in. (The Canadian Mental Health Association has broken down more myths about suicide).

This is what I wished I had said at this party. But after bearing the weight of these words in silence, I made a quick exit in tears.

Suicide isn’t an easy subject to broach and defies all logic, but we need to talk about it or else all of these deaths will have been in vain.

Share
or  Copy Link
Link copied to clipboard.
Be first
147 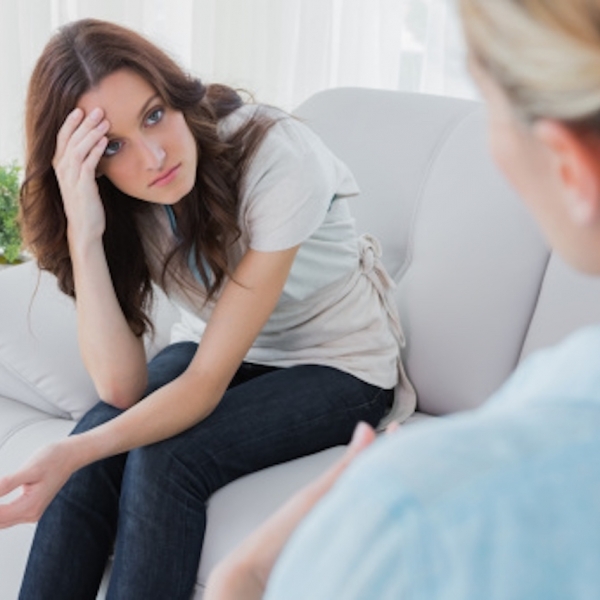