Diabetes affects more than 29 million Americans and 380 million people worldwide. By 2030, the World Health Organization (WHO) estimates that number to more than double. Diabetes takes the life of one American every three minutes, and it’s a leading cause of blindness, kidney failure, amputations, heart failure and stroke.

Type 1 and type 2 diabetes are the most common forms of the disease; type 1 is a more severe autoimmune form of diabetes that generally develops in children and teenagers and requires life-long insulin therapy, whereas type 2 typically appears during adulthood and can usually be managed through diet and exercise. Despite the large numbers above, diabetes remains a widely misunderstood disease — many do not even realize more than one type exists.

The Mighty teamed up with Diabetes Research Institute to ask their community what they want others to understand about type 1 diabetes. Here’s what they had to say:

1. “It’s insulin or death. No pills, no diet, no exercise will make it go away.” —Kelly Connelly Enriquez 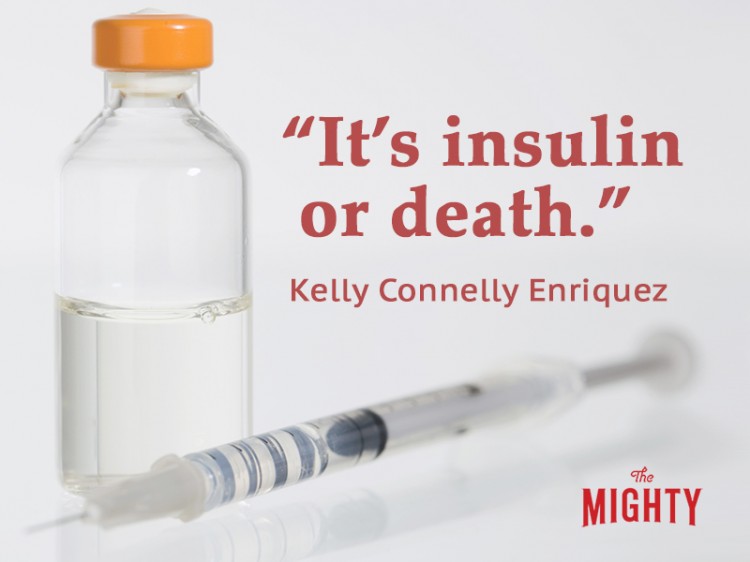 3. “I wish people understood the difference between type 1 and type 2.” —Lisa Inglis

4. “There is nothing I or my parents could have done to avoid having to live with type 1 diabetes.” —Jalissa Gascho 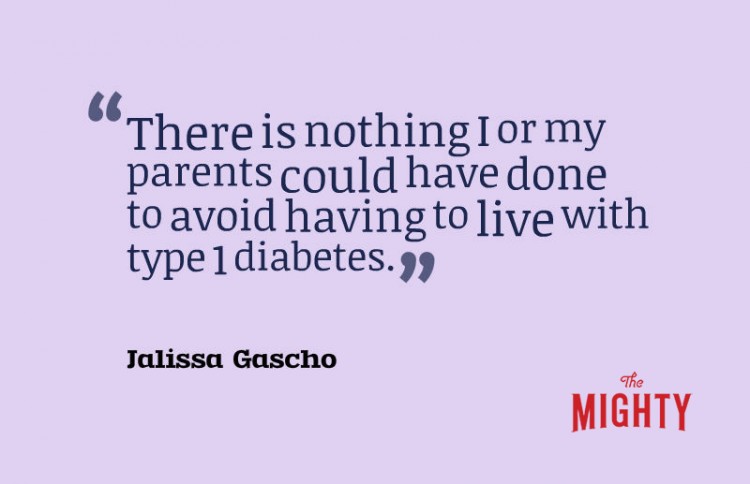 5. “It takes over your life.” —Adrienne Roberts

7. “Over the years, the one thing that really annoys me is when people ask ‘should you be eating that.’ If someone with diabetes is eating something, you can be sure they know what they are doing.” —Sue Langdon 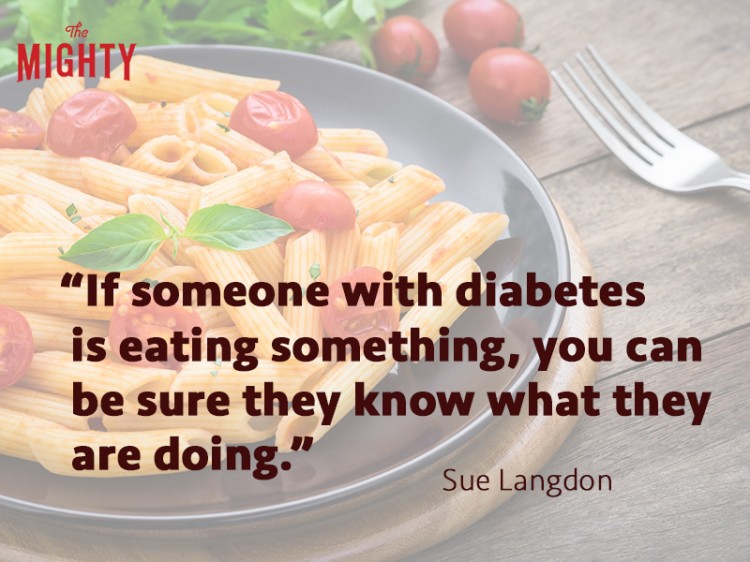 8. “Appearance does not show that every week [a person with diabetes] has to endure an average of 42 injections of insulin and an average of 56 fingers pricks. This is not optional because not doing so would be fatal.” —Jose Trejo

9. “Type 1 diabetes affects everyone in the family, not just the diabetic. Spouses, siblings, parents, grandparents, even the family pet. The anxiety and fear if you are type 1 or caring for someone with type 1 is overwhelming and often not spoken of.” —Christina Costa Fuller

10. “One of the things that gets me the most is people asking, ‘Did you feed your son too much sugar when he was a kid?’ No. It’s genetic.” —Shelly Koenig 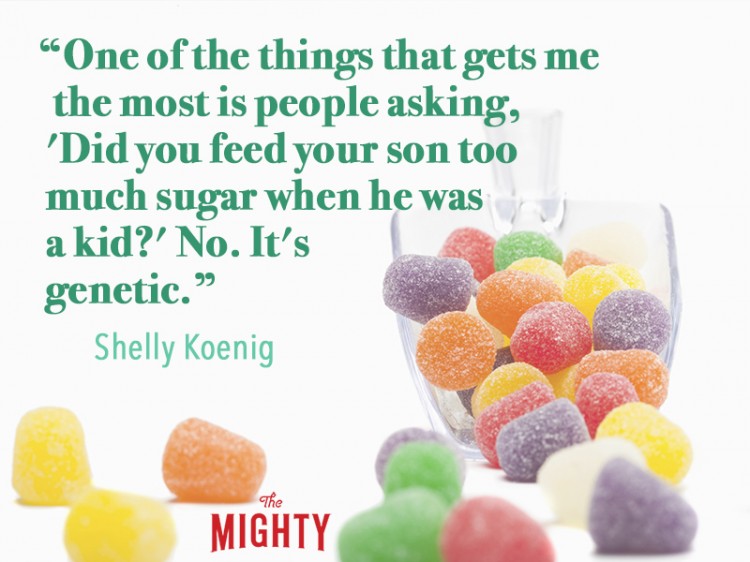 11. “People won’t truly ‘get it’ unless they get it. So part of me celebrates their ignorance and hopes they can keep it.” —Lisa Inglis

12. “I would love it if people (both the educated and uneducated ones) would just remember that underneath the diabetes… I am still a person, a human being with feelings, problems, dreams, just like everyone else…” —Constance S. Kurtz 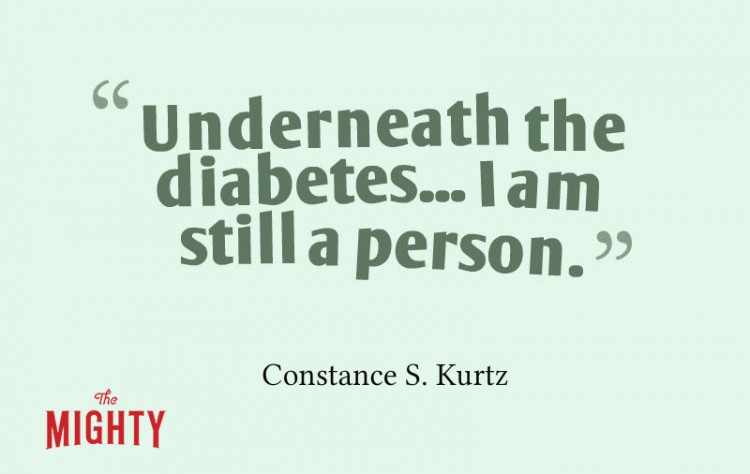 15. “You never get a break from it, not even [when you] sleep.” —Marianne Spellman 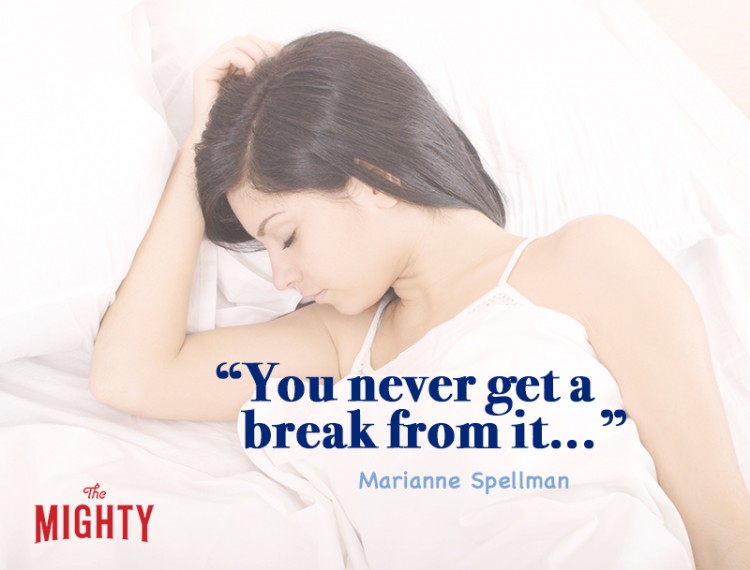 16. “Some people have a hard time controlling the disease. No matter their efforts, they can do everything right, and it still come out wrong.” —Heather Smith

17. “Doesn’t matter how long you’ve had it. It will always be stressful and you’ll always have a fear you’ll sleep through a low and die.” —Phee Flook

18. “I chose to fight what may be a lifelong battle, but I live life to the fullest! Build a team of support, and keep reminding yourself you are capable of greatness just like everyone else.” —Claudia Harper 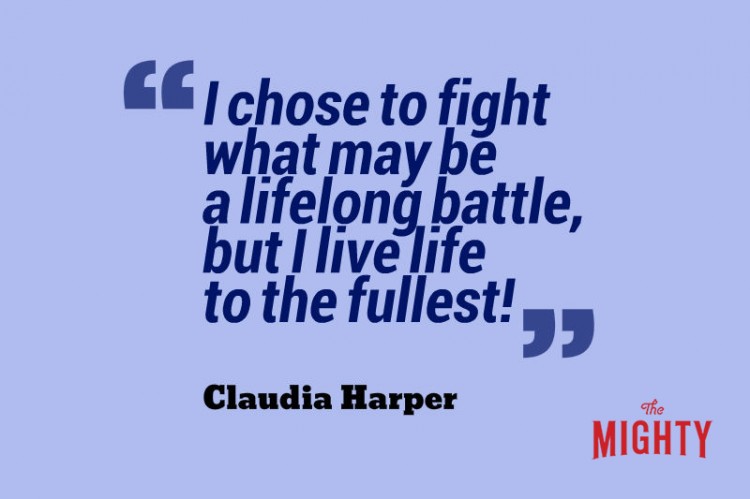