I recently saw the following meme on Facebook, shared by individuals who I truly respect and find to be supportive: 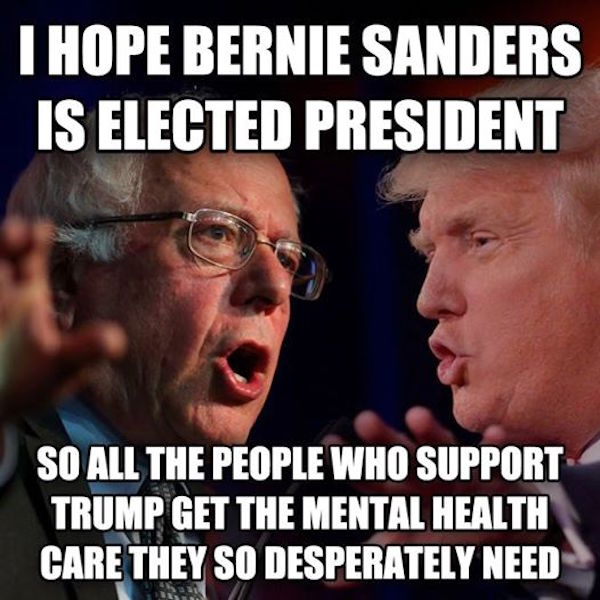 But the message I received from it is anything but. As an individual who suffers from several mental illnesses, I felt not only unsupported, but hurt by these individuals who spread it so lightly, laughing along the way. I’m hurt because I’ve seen memes like this for years now. I have watched the media use mental illness to make sense of mass shootings, bad politics and just bad people.

The reality is different. The reality is that individuals suffering from mental health illnesses are far more likely to be victims of violent attacks than commit them. And I believe memes like this make it that much harder for us to seek help when we absolutely need it.

My sophomore year of college, I remember having a nervous breakdown in the middle of the night, going from stable to suicidal in mere minutes as post-traumatic stress disorder entered my life. I remember the days after, where the only thing that kept me alive was the fact that I didn’t have the time to kill myself. And I remember that for weeks, I didn’t seek help. I didn’t tell a single person, as I planned and planned and fell deeper and deeper into the suicidal ideation.

I didn’t seek help because this was around the time of the Boston Marathon bombings. Before it was known the bombers were Muslim (because that fact changes the media’s narrative), I heard people talking about mental illness, as if that explained it all. I didn’t seek help because I was afraid of a stigma that would label me as violent, despite the fact that I’ve never been in a fight in my life. And when the bombers were identified as Muslim, this deterred me further — I feared someone would put Muslim and mental illness together and I would be labeled as a terrorist and killed. I’ve never been afraid of dying, but the fear of being labeled dangerous, that was too much. I wanted to leave without leaving behind any kind of damage, and that would not have been possible with that label.

Eventually I reached out. Two therapists later and months of treatment finally got me back, but never throughout it all did I ever want to harm anyone other than myself. Most of us that suffer don’t; we’re self-destructive for the most part and wish no one else harm. But then you have memes like this one floating around, and you wonder if there’s something wrong with you. It deepens the stigma that’s already grasping our throats.

We, as a society, seem to throw the term “mental health” on anything bad with the world, and as a society we use that term synonymously with mental illness. Having a mental illness doesn’t make someone more likely to vote for who you consider a “bad” candidate. We’ve just created a world where it’s easier to stigmatize it rather than to admit we each suffer in different ways.