“Bubby, take that out of your mouth. We don’t play like that.”

My voice stayed calm as I made the request. My nearly 3-year-old little boy looked at me, his blue eyes smiling. He kept the toy firmly in his mouth, though, ignoring me entirely. He giggled innocently and continued playing. I turned to my husband who was sitting close enough to him he could grab the toy.

“Get that out of his mouth,” my words rushed out, higher in pitch than before, as I hurried into the kitchen.

“It vibrates, and he likes the way it feels. That’s why he’s doing it.”

My husband reasoned our child’s action to me. The shaking of the toy was most likely tickling his lips the way the reed of a trumpet would its musician. I could understand why my son thought it was so much fun. If it had been any other toy, I wouldn’t have given it a second thought. I want my son to explore his world and make his own discoveries. I encourage his imagination and pretend play. I realize how important it is to his development so I usually leave him to his own devices, just as long as it won’t lead to injury.

But this was different. This toy scared me.

I turned my husband’s words over in the back of my mind again, unable to process them. This type of play made me uneasy in a way I couldn’t shake. I looked again at my son as I walked back into the living room only to find him in the same position I had left him in… with the barrel of his toy gun in his mouth, his finger pressing the trigger.

“Suicide” is a word he’s never heard. He doesn’t know of depression or anxiety. His young heart has not yet felt sorrow. His soul has not been bruised by grief. He’s just a child playing with a toy.

My head understands this, but I can’t convince my heart. I know I’m overreacting to what is harmless play on his part. But seeing him like that turns my stomach. Fears I can usually keep down rise to the surface, becoming impossible to ignore. For unlike my son, I am no longer a carefree child living in a carefree world. I’m an adult who has heard the word “suicide” far too many times.

The first time I remember was around the age of 12. While looking through a family photo album, my mother shared with me how my dad’s oldest brother died long before I was born. He, like so many other soldiers, came home traumatized from the war. Eventually, he died by suicide.

My mother quickly ended the conversation, warning me not to mention any of it to my daddy. It would hurt him, she said. We didn’t talk about it again after that. Occasionally, I’d hear other family members mention it in passing, using the hush-hush tones you use during Sunday school. But I never gave the word the thought process it deserved.

Until it became my own thought process.

When my mother passed away, I didn’t cope well. My entire world was rearranged into unfamiliar terrain I couldn’t navigate. There were no road signs to direct my path. I didn’t have a map to follow. Worse still, there was no voice to call out turns to take. I was left to wander. Wander I did and my steps led me to a dark path I could have never envisioned myself being on.

It wasn’t long after her death I found myself wishing to die, too. Not the occasional “I wish I wasn’t here” fleeting thought, either. I wore my depression like a heavy coat, wet and weighing 10 pounds more than I could bear. The sudden urge to let the car go over a cliff while I was driving home from work swerved in and out of my head, overwhelming me with the intense need to end it all. With each passing day, I was ever walking closer to the word I heard so many years ago.

After many months of suffering in silence, I spoke with a doctor. I reached out and asked for the help I needed. Had I not, I don’t know what would have happened. My name could have become the one spoken in hushed tones at family gatherings, another name not to mention to my daddy.

My uneasiness to my son’s choice of play is no doubt an overreaction. I readily admit this. But the roots are not unfounded. There is a kernel of truth to my apprehension. I know now what I didn’t know at age 12, about the link between heredity and mental illness. I know the chance of my son battling some type of mental health condition is increased by our family history.

I have accepted this realization, though, as unwanted as it may be. I’ll be watching him closely as he continues to grow from toddler to preschooler to the eventual teenager for any of the warning signs he may be following in my footsteps. There is no way of knowing at the present time if my son will ever be affected by depression, anxiety, a behavior disorder or suicidal thoughts the way I was. I may be worrying for nothing. Only time will tell.

“Bubby, we don’t play like that,” I tell him again as I lower the gun from his mouth. My voice has settled back into its normal register as he skips away to the next room.

One day, he’ll ask me why we don’t play that way, and when he does I’m not sure how I’ll answer. Depending on his age, my answer will vary. If he’s old enough to understand, I’ll share snippets of my battle with him. If he’s not, then I’ll come up with something to appease him and get the gun out of his mouth.

Thankfully, today is not the day he asks why.

Today, he’s just a boy with his toy — a toy he can’t put in his mouth.

Share
or  Copy Link
Link copied to clipboard.
Be first
85 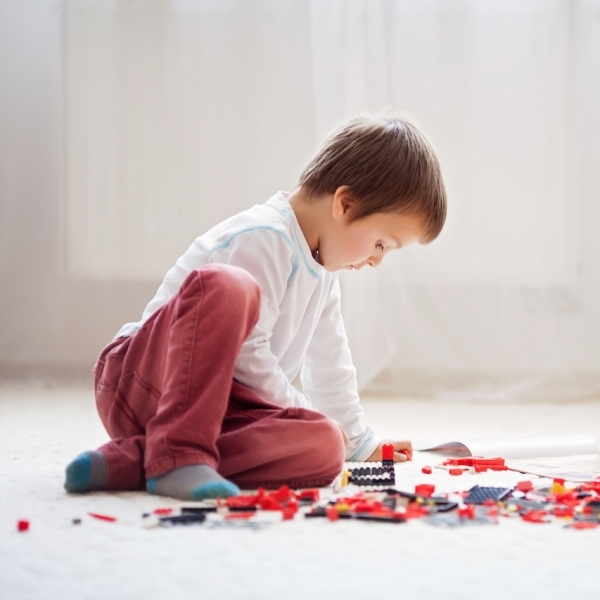