Surviving the Year of Darkness

Last year started out like any other. I had a new job that I liked and for the first time in a while, I had friends. I had been quietly fighting depression for a few years and had hoped the worst of it was behind me. Little did I know what was ahead of me.

Seemingly out of nowhere, my depression got really bad again. Everything seemed to come crashing down all at once. I was declining — and fast. After four years clean of self-harm, I began to cut myself again. This started a vicious cycle I could not stop. I was coming to work with an arm full of Band-Aids, I was having breakdowns and panic attacks in the restroom, I was crying in front of customers. It did not take long for my coworkers to notice something was seriously wrong. One night, my manager asked me what was going on. I looked straight ahead, with tears in my eyes and said, “I don’t want to live anymore.”

Just a few days after confessing what a dark place I was in, I was having a rough day at work. Something small triggered me, and that was all it took for me to go forward with the suicide plan I’d had for months since the darkness had returned.

One of my good friends at work drove me to the hospital as I cried in the passenger seat. I had never been hospitalized before and had no idea what to expect. I was terrified as we entered the emergency room. It didn’t take much for the doctor to decide I needed to be inpatient at a psychiatric facility.

I was admitted to a psychiatric hospital for the first time that night. Unfortunately, this would become the first hospitalization out of seven in just a year’s time. In May, after my fourth hospitalization lasting a staggering 23 days, it was decided I needed to enter a long term, residential facility. I spent a month in California in a lovely house overlooking the ocean with several other girls. I was hopeful this would be a healing experience for me and things would finally get better after I returned home.

I wasn’t expecting to be so overwhelmed with emptiness when I got back. Even after four hospitalizations, the facility in California, multiple therapists, dozens of different medications, DBT and CBT therapy, I was still feeling hopeless. My negative emotions still overpowered me, and as much as I didn’t want to admit it, I was still suicidal. I was pretty much in a chronic suicidal state for months. The longing for freedom from the pain never went away. I hated myself for something totally out of my control.

I returned to the hospital just days after returning home from California. It was during this stay I truly felt everyone give up on me. My psychiatrist who had been seeing me since March ended up telling me he did not believe there was anything else that could be done and that my ultimate suicide was inevitable.

I managed to hang on until September, when I attempted suicide again. I felt so incredibly guilty for doing this to my family, to my friends. I didn’t know how to explain to them that I just felt like the world would be better off without me. I had learned a few months prior that depression wasn’t my only problem. I had a personality disorder known as borderline personality disorder (BPD). Learning about BPD was life-changing for me. It explained so much of myself I never understood.

January and February held two more suicide attempts and another hospitalization. It had been a year now, a year since the darkness had returned. It was the year of darkness, the year of pain, the year of death and the year of life.

Looking back on all I’ve been through in such a short period of time, I can’t help but feel thankful. Thankful I survived the five attempts at ending my own life, thankful that through darkness, I have found so much light. Every day is a struggle for me, and I am still sad more often than not. I am still in an immense amount of pain, I still do not love myself and I still have my days when I wish I did not exist.

Facing death head on has transformed my way of living. Meeting so many other people throughout my treatment who have been through absolutely horrific experiences has given me such a better understanding of love, of kindness and of compassion. We are all fighting our own battles, and we are all doing our best to keep ourselves afloat. 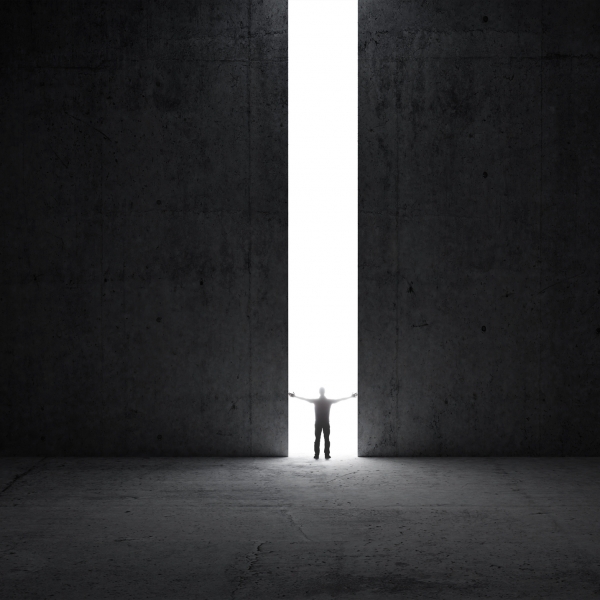