3 Life Lessons From 3 Years After My Last Suicide Attempt

June 25 is an important day in my recovery. However, back in 2013, it started like any other day. I knew things were wrong; I was alienating my friends and family, dealing with an abusive relationship. I had left my job for mental health help, only to be turned down by the program I applied to. Everything was building up. Every failure I ever made was bubbling to the top. I stopped seeing hope. I had been slowly giving up, more and more each day.

And then it happened. I tried to end my life.

It happened fast. My brain kind of just shut off. And the next thing I knew I was in the hopsital, lying to the psychiatric ward, trying to come home.

When I did get out a lot had changed. After my attempt, I found out the abusive boyfriend and I had gotten into an altercation. I wasn’t very lucid when everything was happening. I had been arrested and sent to the hospital. He left. In the grand scheme of things it was a blessing, because he was a pretty terrible human, and him moving away (and then having me move back until I finally said enough was enough) was the start of the end of “us.” And I can’t imagine still being with him, and being torn down and phsyically assualted daily. But of course then, it made my depression worse. I couldn’t imagine life going forward.

Flash forward to 2016; I’m happily married with a son. My writing career is starting to take off. I’m doing the things I love. I have an amazing friend group, some who live in different states, and some who live in across my parking lot. I’m the closest I’ve been to my family and although some days are darker than others, and I do sometimes still have suicidal thoughts, I can see hope at the end of the day, and I’m not afraid of seeking help when I don’t. And I’m proud to say I haven’t made an attempt on my life in three years. I wanted to share with you the three life lessons I’ve learned in my three years of sobriety from a suicide attempt.

1. You’re not a freak for going through a suicide attempt. You’re a survivor.

The internal conversion after a suicide attempt is harsh and unloving. Your first thought will be you failed. And your next thought will be you’re ashamed. You’ll be afraid someone will find out. Surviving a suicide attempt is the one failure you should be grateful for. You’re still here, you’re still alive. Rejoice! And don’t be ashamed. Our minds can take us to dark places. You’re human. And if you’re like me, and have a mental illness, you’re a fighter; you’re going to lose some battles, and some loses are worse than others. Find strength in your “failure” and rise again.

2. Even on your darkest of days, you have to find one good thing.

Even if it’s a cute cat video or you find a pretty flower on the side of the road. Find one thing that’s “good” and remember it when your mind gets dark. For me, nothing clears my head and reminds me of all the good in the world like a walk outside. I’m lucky enough to live in the woods, while living in a “city.” Go explore. Breathe in the smells, listen to the sounds. Ground yourself in the universe, and leave the darkness behind.

3. Your life is worth saving and you’re worth love.

Nobody deserves to die prematurely. You deserve to experience happiness. You deserve to breathe. You’re wanted, even if you don’t see it and you’re loved, even when you don’t feel it. And if you truly don’t believe that, know I want you here. I’m rooting on your recovery. I’ll be your cheerleader.

You can do this, you are good enough! Stay strong, warriors.

Share
or  Copy Link
Link copied to clipboard.
Be first
49 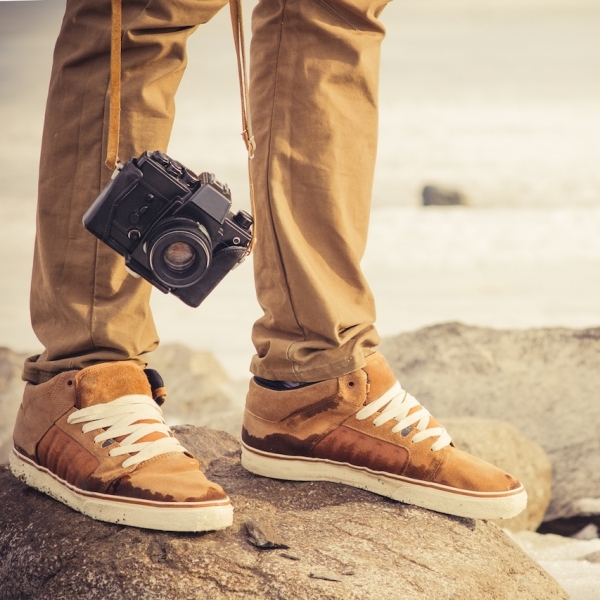