On Monday, the House approved a bill that would ensure all communications received by the U.S. Department of Veteran’s Affair’s Veteran’s Crisis Line are answered by an appropriately trained person, in a timely manner.

In 2015, the VA’s crisis line received more than half a million phone calls – 50 times the amount of calls the hotline received in 2007 when it started, the Associated Press reported. Unfortunately, many of these calls are being transferred to untrained professionals or going unanswered.

In May, an average of 35 to 40 percent of crisis calls received by the crisis line were passed along to back-up centers staffed by workers less equipped to deal with veterans’ problems, said AP. The hotline’s former director, Greg Hughes, cites poor work habits and problems at the Department of Veterans Affairs as the reason many of these calls go unanswered by appropriately trained personnel.

Functional crisis lines are integral to the mental health of veterans. According to the VA, 20 veterans die by suicide, on average, each day. The risk of suicide for veterans is 21 percent higher than it is for the general population. For veterans who are suicidal, one delayed call or unanswered message can be the difference between life and death.

This is not the first time unanswered calls have been a problem for the hotline. In February, the VA’s office of inspector general found that approximately 1 in 6 calls were redirected to overloaded backup centers. According to the report, some of the calls at these centers went to voicemail – and, at one center, staffers didn’t know there was a voicemail system. In another case, an ambulance called to help a veteran did not arrive for three hours.

Next the bill goes to the Senate, where, if approved, it moves on the president to be signed into law. In the meantime, the VA said on Monday it will increase staff, improve training and open a new branch based in Atlanta.

Share
or  Copy Link
Link copied to clipboard.
Be first
261 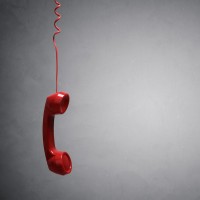