When My Eating Disorder Took Away My Voice

When I lost my voice, I found a new voice. I now refer to this voice as my unhealthy self. This voice taught me to speak with my body and food. At 13, nothing touched my mouth except water for three full days. For the next couple of years, I only ate “safe” foods. I manipulated my way out of meals and lied about why I was losing weight.

Since I lost my voice, I had no way of speaking about how I felt inside. I could not verbalize the knots of anxiety that tied themselves tight in my stomach. I could not speak about the heavy hopelessness sunken in my heart. Hunger pangs distracted me from the real issues I would not allow myself to face. Eventually, I got used to running on empty and couldn’t feel hungry anymore. The same way I got used to the depression and anxiety and thought the only feeling I could feel was numbness.

When I lost my voice, I felt like the only thing I could do on the outside was smile and nod in agreement with everyone else around me. I smiled my way through therapy, I nodded I am OK to family and friends and I ate. At 15, I ate and ate and ate and ate because the people I was nodding at smiled when they saw me eat, and I wanted to make everyone around me happy after causing them so much pain.

I could not verbalize I was not OK on the inside, even though I was starting to look OK on the outside. With my voice still gone and feeling emotionless, I found comfort in the discomfort of stuffing myself with excessive amounts of food. My unhealthy self told me this was OK because I was filling up the emptiness inside of me.

When I lost my voice, I kept everything inside of me until I thought I was going to explode. Everything I carried inside of me was building up as quickly as the number on the bathroom scale. At 16, I knew I had to release what was inside of me so I threw up my food. Voiceless, I continued through life purging pain. I purged anger, fear, hopelessness, guilt, shame, anxiety and sadness in the form of barely chewed food. With each purge, I flushed pieces of myself down the toilet bowl.

When I lost my voice, I lost my ability to say what I needed. When I was 19, 20 and 21, I spent time in treatment centers surrounded by people trying to figure out what it would take to get rid of this unhealthy self. Sometimes, parts of my flushed away self would come back for short periods of time and stick around long enough for me to “get by” before they got flushed away again. Each time these parts of me came and went, my unhealthy self would come back stronger and louder screaming I am worthless, a failure, fat and ugly.

This voice told me I did not deserve to have an opinion or need things because I did not matter as a person and I would always go unnoticed. I obeyed this voice and the thoughts it shouted. I tried to shrink myself so I could match the mold I thought I belonged in, a small mold that went overlooked in a crowded room because it had no voice.

When I lost my voice and found this unhealthy new voice, I wanted to exchange it back for my old one, but it wasn’t that simple. I did not want to think these thoughts or engage in these self-destructive behaviors, but I saw no other option because the only voice I heard was my unhealthy self. My unhealthy self did not let me reach out for help because I was supposed to be able to stand on my own. My unhealthy self built walls around me because nobody was allowed to come in. People were not allowed to touch me, reach me or hear this unhealthy voice.

When I lost my voice, I lost touch with parts of reality. At 28, I was disconnected from the world and the things that mattered most to me. Something in me told me there was more to life than restricting, binging, purging and pain. In my journey to find what was missing, I stumbled upon a place that fought full force with my unhealthy voice. This place challenged every thought and behavior my unhealthy self threw at them.

Very slowly, an unfamiliar voice began to emerge. This is a voice I would learn to recognize as my own. I call this voice my soul self and this voice is who I really am at my core. This is the voice that went missing in the first place, the voice I needed to go out and find. I spent months strengthening this voice that began as an occasional thought and developed into a quiet whisper. Now, this voice speaks more often and at a volume you do not have to lean in to hear. My soul self speaks with only words.

When I lost my voice, I was put on a long journey toward discovering and accepting who I really am. I know I have come a long way on this journey toward health and healing but, I also know I have a long way to go. Recovery is a slow process, and I know I will need and have to use my soul self voice to fully recover. This is the voice that will allow me to live and be able to share my story with others. This is the voice that has the ability to give other people hope when they have none. Opening up about my struggle is something that gives me knots of anxiety in my stomach but, that is OK because I have hope in my heart and my soul self voice that is ready to start speaking. 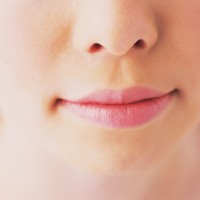