This past March of 2016, I reached bottom. For a girl who was called “the life of the party” at such a young age and who could find humor and joy in the small stuff, a major piece of myself disappeared. At 17 years old, I found myself sitting in an ambulance all alone on my way to a hospital without my family, where I would be getting inpatient help for the suicidal ideation that I had been struggling with for the past year. While my friends were going to school and hanging out with one another, I was in a lifeless room with my Zentangle coloring books and a pile of quarters for the payphone. I was at my lowest point, and I didn’t know if I would ever be able to go home.

When I did return home and back to school, I was overwhelmed with mixed emotions as I reentered the “real world.” I never would have wished for that experience, but everything happens for a reason. In many ways the experience itself and the truly amazing people I met changed me for the better.

When I realized I was going to be spending time in a mental hospital, my mind jumped to many assumptions. The first being that I would be the only “normal” one there, and I was going to be surrounded by “crazies.” I was afraid. I was not going there to make friends. I was going to focus on getting out of there and try not to get on anyone’s bad side.

A guilty feeling sickened me when I later understood just how off my perceptions were. Every single kid there inspired me in a different way. They were troubled and seemingly broken, but they were amazing kids, amazing kids who life brought to some absolutely unfortunate circumstances. I was alone. I had no friends and no family to tell me everything was OK and that no one thought badly of me. The adolescent unit was my family in that time.

We spent time together when we were not in group therapy. We played a lot of cards, colored, read books and were each other’s support. I had this idea, you see. I thought I didn’t belong there. I thought a certain “type” of people would be found in a place like that.

I was so wrong. I did belong there. In that time of my life, I needed to be there. I was amazing and beautifully broken, just like them. I needed help just like them, and this did not make me “crazy.” Needing medical help for your mental health does not define who you are.

For a while, I believed people who self-harm were “emo” and wore all black and heavy makeup. I believed people with depression were anti-social and unable to have a personality. And suicide? I never imagined why someone would want to end their life.

Then, there was me. Scars on my arms, fake smile on my face, pain in the inside and hopelessness for my life. I didn’t fit the picture I had always imagined, and this is when I realized how common mental illness is. I realized anybody can struggle with it despite your background or who you are. I realized that, unfortunately, perspective is really hard to grasp when you have never experienced the other side. I never understood until it happened to me.

I thought mental hospitals were supposed to be a concrete atmosphere, like a jail almost. I pictured bars on the windows and being trapped in this fog of darkness. I was surprised to see circle, school-like lunch tables, carpeted floors, positive quotes on the walls like “stay strong” and that the kids were able to play games and socialize with one another. In a weird way, the setting reminded me of summer camp.

Group therapy in a hospital was the most powerful, yet heavy-hearted experience I have ever had. Hearing everyone’s stories and seeing their pain made me forget about my own problems. I just wanted to jump out and hug everyone there. My goal was to tell the bullied girl who skipped two grades how her intelligence will bring her so much further than her bullies. I wanted the boy with depression, who was afraid to tell his girlfriend about his illness, to know she will love him no matter what and he should not feel ashamed or like he had to hide it from her.

I was quiet for a while about what I had been through. I was told that it was in the past and should be kept private. I was told it was something that should not be spoken of. However, I strongly disagree. I spent many months of sadness fearing being sent away to a hospital for my mental health and pretending I didn’t need the help. I wish I could go back and tell myself I would be OK, and it would change me for the better. I have decided that if I speak of it, then I can be a voice to someone else in need of hope. 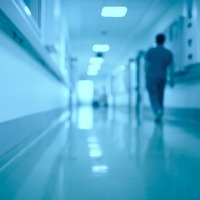