The Privilege of Knowing Amy

She landed the “gig” of a lifetime, an opportunity that would change everything. Months in advance she booked a hotel downtown, the car that would take her there and planned every other detail of her trip… except for her airfare. Just like every other trip, she would wait until the very last minute to book her flight despite the extra high fares she was bound to pay.

My friend, like 20 million Americans, was afraid to fly. It’s a condition called aviophobia, which is a bona fide anxiety disorder.

But, she wasn’t afraid of flying for the reason you may think. It wasn’t the crashing and dying part she was afraid of. It was the lack of control; being trapped 30,000 feet in the air with hundreds of strangers and no way out is what down right terrified her.

No, death she was comfortable with. Since a young age, she’d lived with chronic suicidal ideation. Overwhelmed with a persistent need to take her own life, she’d attempted suicide more times than she could count. She told me it was the only time she felt like the one in control.

We used to talk or text long into the night about her “need to die” as she put it. She was embarrassed by it. Afraid everyone would find out she didn’t have it all together.

Assess for risk of suicide or self-harm. Check.

Give reassurance and information. Check.

I also used my personal experiences as the founder of NoStigmas. My father having died by suicide when I was 6, I know a thing or two about the ripple effects of losing someone to suicide. I shared my own struggles with anxiety and depression, even going as far as commiserating with her about my own thoughts of suicide and losing the will to live in high school. Peer support at its finest.

During those times, her desire to die was strong. Her guarded smile and self-deprecating humor would turn very dark. Going through it with her for hours on end was exhausting. I couldn’t hang up for fear that she’d kill herself. When I didn’t hear from her, I would worry and reach out to make sure she was OK. I became so desperate to help that I started neglecting my own wellness. I was losing sleep, constantly anxious and afraid I’d say the wrong thing and trigger an attempt.

After months of this, I had to create some healthy boundaries and manage her expectations of me as an ally. This was really tough to introduce to her and even more difficult to adhere to. That was a year ago. 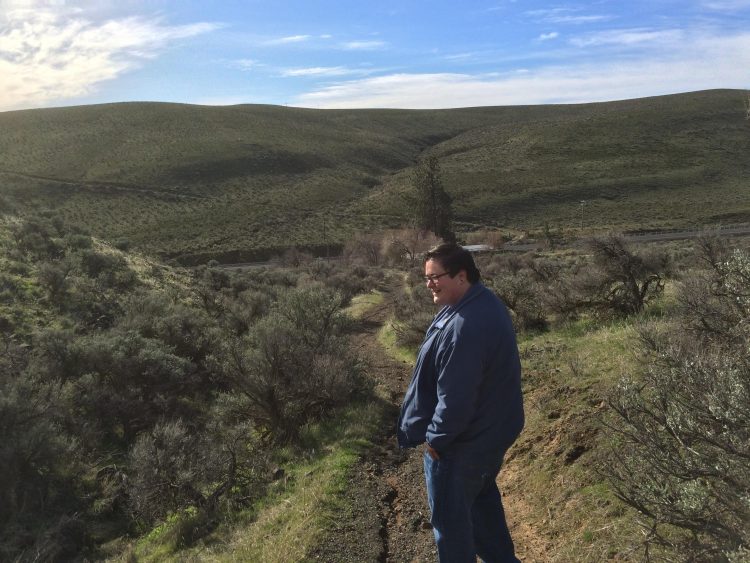 Is this what a doctor feels like when they “did everything they could” to save someone’s life and ultimately lose them? I know I did everything in my power to help. But, I still feel like a helpless 6-year-old fatherless child all over again.

I know I’m not alone in these feelings. Over 800,000 people die by suicide each year worldwide. It’s said that each of them leaves behind six people or more who are forever and irreparably affected by their death. Each of us carries a “survivor’s guilt” and all the “what if’s” with us wherever we go.

But another perspective is this: I had the privilege of knowing her in a way few ever have. Amy chose to trust me with her hopes, dreams and crushing realities. She lived through things no human should ever have to experience and used that to help others. For whatever length of time, we got to talk about taboo things and experience raw humanness in a way that frightens most people. And that connection will continue on.

Let’s all remember those who are gone for the lives they lived, rather than they way they died.

Fly free, my friend; your story isn’t over.

P.S. I took this photo of Amy during a trip to Seattle for a shared speaking event. I’ll always remember her this way.

A special thank you to E.C. and those who have and continue to support me in so many ways. You give me renewed strength and perspective to continue ever forward.

Lead image provided by the contributor