It’s always hard to remind myself I’m sick, and while it sucks, I shouldn’t be ashamed of where I am in my recovery. It’s even harder to do this when I’m viewing the world through my eating disorder’s distorted lens. When “celebrity body transformations” merit magazine covers and sugar, carbs and fat are seen as the enemy, it’s nearly impossible to tell myself it’s OK to let people know you struggle with an eating disorder, and that bingeing is a part of it.

Eating disorders are isolating by their very nature, but I’ve never felt more alone than I do during and after a binge. I need support, but I don’t know how to ask for it, because I’m afraid to ask for it. I need to remind myself I haven’t committed a crime by eating more than I wanted to.

Recently, I was having a terrible day. My anxiety was through the roof, and none of my coping mechanisms were helping. I gave in to urges to binge, and I was devastated and felt embarrassed and hopeless.

But then I did something different. I reached out to a friend and I was honest. I told her how I’d been doing. I told her what I ate. I told her my fears for the night ahead. Would I binge? Would I have a panic attack? Would I vow to never eat again, starting off yet another binge/restrict cycle?

She was a solid, affirming presence. Her words were like a warm hug.

“You have nothing to be ashamed of. You’re a good person. Your eating disorder has nothing to do with your worth as a person.”

Though her words helped me, I can’t say they inspired me to never again restrict or binge.

That day, I went to the bakery in my office building and bought a pastry. I told myself how this made me a terrible person, and how I was weak for not resisting my urges.

But then I took a bite. And another one. I tried to keep my bites slow and deliberate, so that I could really taste the thick, challah-like dough and the interplay of melted chocolate. I realized I loved what I was eating.

I realized I was already on the train, and I was a girl eating, and enjoying, a pastry. No one was staring at me. No one acted like I’d committed some heinous crime.

I realized on that train, eating a pastry isn’t a crime. I realized, while I may be struggling, I’m not a source of shame.

I’m a source of strength.

Share
or  Copy Link
Link copied to clipboard.
Be first
212 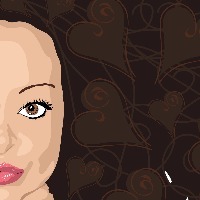