Why I'm Like Wonder Woman, Even on Bad Mental Health Days

Wonder Woman is more than a feminist icon, at least to me. In fact, the day I realized I was entirely smitten with Diana and the world DC created around her through comics, I saw straight through the immediate “badassery” that incidentally follows her as a female superhero in a still predominately male fantastical universe.

I have always wanted to be good. Good and strong. That was how I wanted to be. I wanted to face the world bravely, even when it was hard. I wanted to do the right thing and fight for people who could not necessarily fight for themselves. I wanted to become an advocate. I began exercising more seriously, not for the media-promoted “perfect look,” but because I wanted to be strong enough to take on any physical challenges that stood in my way.

So you can imagine my disappointment when my body and my mind began turning against me. My thoughts would strap me to the couch, rendering me unable to move, in fear that my feet would take me to self-harm. I felt helpless to the way my thoughts raced, scratching at my brain and my spirit as they passed, leaving me even more emotionally scarred than I was physically. I could not look in the mirror some days, in fear that I would hate the face that I saw. Not because the appearance was bad, but because I knew what laid behind my eyes in my head.

And I hated that I could not control it.

My relationships wavered, and I could not keep a constant opinion on anyone or anything. I watched the way I broke down my “Favorite Person,” chafing away at him every time I texted him a rant about my thoughts and what I wanted to change in my life and why it seemed impossible. I watched myself deteriorate like I was not even connected to the person who acted out my daily life, at least not completely.

I suppose that comorbid borderline personality disorder (BPD) and anxiety with resulting depression and obsessive-compulsive disorder (OCD) will do that to a person.

It was hard to convince myself I was brave and strong and could do good for other people when I could not even do good for myself. On my worst days, I would sit helpless anywhere — my bed, the ground, the couch — and say to myself, “I am not Wonder Woman.”

And that is the worst insult I can ever give myself. It was admitting defeat and discrediting myself and all the progress I really have made — and all the things I have done that have been very brave and very strong.

I want to be more brave, but this is a start.

I nearly cried when I watched “Wonder Woman” last night in theaters. Diana stood isolated in No Man’s Land, holding machine gun fire on her own, unafraid. That is how it feels in my body when I am brave. Like I am taking control of a force that should be much stronger than I am, but it is not. Not when I do not let it be. It is hard to be brave, especially when my greatest enemy is the one that lives in my head, but it is worth it. I can be Wonder Woman. I believe anyone can be Wonder Woman.

My mental illnesses do not define me, nor do they destroy me. They only give me more opportunities to be brave. They allow me to see how I want to improve, and in turn, they inspire me to be strong. 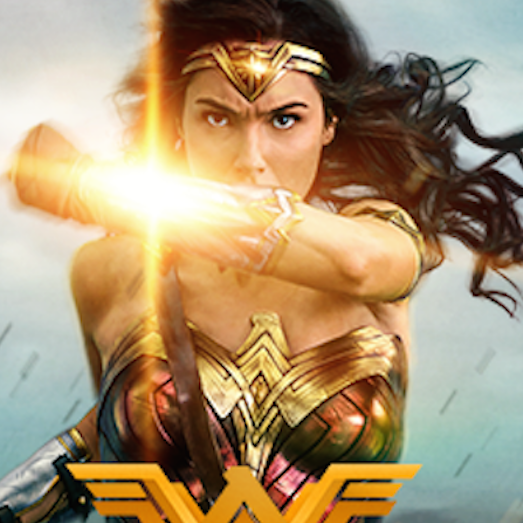