I Won't Be Complacent About the R-Word Anymore

Walking around the fitness center at my campus’ gym, my heart twinged in my chest as I heard the opening chords of a popular song. “Rolex,” a recent hip-hop song by Ayo and Teo, has been afforded a decent amount of radio time due to its relatively clean lyrics. Despite its record as an expletive-free track, there is one prominent word in the song that I consider to be vulgar and insensitive: “retarded.” However, society doesn’t seem to hold this degrading word in the same regard I do. And so radio stations continue to play the song, R-word and all, on repeat throughout the day.

I was surprised the first time I heard a song on the radio containing the R-word; how could such a controversial and obviously offensive word be played on the radio with no regard for the dignity of those with disabilities? Each time I hear it, I feel minuscule cracks in my heart form, just waiting to break. As I hear the word used in pop culture and songs, I still feel the twinge in my chest, but
I’ve grown used to the dull pain.

As always, as I wandered through rows of ellipticals and treadmills, I braced myself for the impending word. Yet, this time, the fissures never trembled. I didn’t hear a cycle of calming words in my head, attempting to compensate for the derogatory term that could spark rage in the pit of my stomach. I was surprised to say the least; this was the first time I’d heard the R-word taken out like the true expletive it is. If I was shocked about this, then I knew it meant I’d grown used to having a word that carried so much negative meaning present in my society. And so this time, as the derogatory adjective was covered by a robotic beep, a new word popped into my head: complacent.

It’s not that I haven’t been both enraged and saddened by the use of the R-word in today’s hits, or that I don’t feel guilty that it’s used in everyday slang. It’s that I haven’t done anything about it. I hear the offensive term on the radio and don’t say anything. I’ve been upset, but I haven’t been vocal. And if I’m not vocal and adamant about what needs to change, I am being complacent.

It shouldn’t be surprising that one institution recognizes the negative impact of the word – it should be a basic act of human decency, reacting to the needs and emotions of others. As Eldridge Cleaver said, “If you are not part of the solution, you are part of the problem.” I reject the idea that I am part of the problem. I will be part of the solution. I refuse to believe that my voice cannot cause change; I refuse to believe I can’t help change society’s viewpoint on the R-word. I will not be silent. And above all, I will not be complacent. 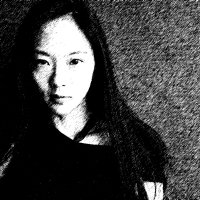