The Saturday before Thanksgiving (this year November 18th), the United States honors the survivors of suicide with their own national holiday. The original intent of the day was to honor those friends and family who survive the memory of a loved one who died by suicide. But recently, there has been a question as to what exactly a “survivor of suicide” is. Some have agreed with the former definition, while some say in connotes a person who has attempted or planned to attempt suicide and survived.

As someone who fits into both of these definitions, while I recognize the original intent of the day, I don’t see why we cannot make room for everyone on this day. Families and friends of those who have died by suicide, and those who have been intimately close to dying, can learn an incredible amount from each other.

Loved ones left behind can learn what might have been the experiences of their friend or family member before they died. Hindsight is 20/20, and it can be easy to miss all of the signs before it’s too late. But people who have been to that edge might have a unique perspective into what it means to plan and sometimes even attempt to die. The pain of mental illness or just life that generally precedes a suicide is something not truly understood by books, testimony, or movies; but can only truly be known by experience.

Those who have attempted or planned to, on this day, can see what it would be like for their loved ones, had they gone through with their plans/succeeded at their attempt. Those who die by suicide don’t get to see what their deaths do to the ones around them, but this day, if they are in solidarity with people who have been in that situation, they can see the way their pain does not disappear but is merely transferred to their loved ones. One of the main reasons people do not attempt suicide might be the pain they would cause the people around them, and this day could be a real opportunity for everyone to see the real extent of that pain.

On National Survivors of Suicide Day this Saturday, let’s make space for everyone to feel included, to feel like they are free to share their experiences and be open to learn from the lives and stories of other people. What this world would be like if only we listened to each other more. 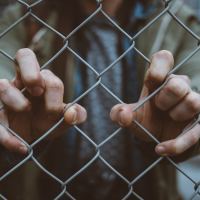