How the Opioid Crisis Could Hurt Those of Us With Fibromyalgia

So, something’s been bothering me about all of the news stories regarding a growing opioid crisis.

I take opiates for my fibromyalgia (among other drugs, all prescribed and above board). But that’s not it. Well, not all of it. Let me see if I can explain.

A little while ago, I was asked by someone I know if I would say I’m addicted to my pain pills. I answered by saying, “No, but I am dependent on them.” There is a very distinctive and important difference between the two, as far as I see it.

First of all, I take mine because I need to reduce my pain and not because I want to get some kind of high from them. For the record, they don’t actually make me feel drowsy, spaced out or anything apart from in slightly less pain. Just enough to function so I can get through my days.

Secondly, my doctor prescribes them for me and I only take them as directed. I’m used to being on various medications for my fibro, so I am responsible about how I take them. I’m not buying them from some shady dealer.

My concern with these “opioid crisis” stories in the news is that chronic pain patients like myself may already be seen as drug-seeking by many people (even some in the medical profession) and this will only make that worse. Doctors may become more reluctant to prescribe them, and those of us who take them may be viewed as criminals or drug addicts.

A condition like fibromyalgia still has many non-believers, and if people think we are just wanting the drugs for fun, we could eventually end up without the meds we need to survive. In addition, fibromyalgia awareness might be impacted negatively, which could hurt or end the lives of some people with chronic pain.

I mentioned earlier that I think dependency is different than addiction. I just hope the writers of these news stories and the policy-makers who read them can understand that.

Photo via Kenishirotie on Getty Images. 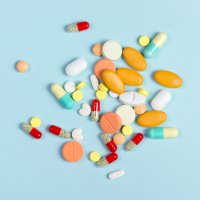