How My Own Pain Helped Me Process My Father's Suicide

My suicide loss story began in 1987 — in the living room of our shoebox mobile home in Michigan. I remember my grandparents were there with my mom and younger sister and brother. My father had recently moved out after yet another bout of drinking and fights with my mom. The story of his life and therefore the story of ours. But this time was different. Instead of drunkenly resurfacing on our doorstep at 3 a.m. or in a jail cell, my father was found dead in a dank motel room surrounded by a few meaningful possessions and a letter to us describing the immense emotional pain he was suffering. I was 6 years old when my father died by suicide.

But his pain didn’t simply cease to exist that day. The ripple effects from his death continued outward, affecting everyone from the building manager who found him, to the first responders who took care of his body and, of course, his family. But still, the ripple effects continued out from there, didn’t they? Because that pain is still being felt today, not only within his family, but now by each person who has heard his story.

Close to 800,000 people die by suicide each year, according to the World Health Organization. Each of those individuals also leaves behind irrevocable hurt in their wake.

Needless to say, his suicide had a profound impact on my life. I was plagued by questions, anger and a deep sense of abandonment. Over time, these feelings festered and grew into uncontrolled anxiety and panic attacks. Of course, I didn’t know what was happening at the time. My anxiety made me think I had stomach cancer or heart disease or maybe some resurrected strain of the Bubonic Plague.

When I described my symptoms to the doctors, they became concerned. They ran tests. They took blood. They hooked me up to machines: ECG, EEG, MRI. And even had me run on a treadmill like some kinda lab rat. But they could find nothing wrong with me. I was young, fit and healthy.

But I knew better. There had to be something seriously wrong with me. Why couldn’t they see it?

Not wanting to appear like a freak, I learned how to act “normal.” I put on a mask and pretended to be like everyone else.

This went on for years. The cycles of anxiety, trouble at school, paranoia, doctor visits and this eerie feeling of seeing my life happen from outside of my body. I simply wasn’t present for my own life.

And to top it off, never once did someone ask, “What’s really going on with this kid? Is there a deeper reason why he’s acting out?” Ya know, being dubbed “The Bad Kid,” who is seen only for their poor choices, really has a negative impact on one’s development. It creates a self-fulfilling prophecy when someone always expects you do the wrong thing. I wonder what might change if kids like me were viewed as who they are rather than how they act.

Eventually, this great rouse all came crashing down during my senior year of high school. While everyone else was looking forward to college, I was dreading a future of listless wandering. I couldn’t sleep at night, so I slept all day. I started missing school. I stopped bathing. I rarely left my room. And then I stopped eating. I had completely lost the will to live. Suicide by apathy.

To be in so much pain that I just wanted to die was simultaneously the most frightening and the most relieving feeling in the world. And in this strange juxtaposed limbo I finally had a revelation: This is how my father must have felt when he took his own life.

For the first time in my life, I could both understand and forgive him for what he did. He wasn’t a bad or a selfish person. He was a person who was in so much pain that he could see no other way out than death. I finally began to see him, not just my father who killed himself, but as the loving and resilient person he was. He was so much more than his addictions, his struggles and the way he died. He was my Daddy, Michael, and I’m sad didn’t have the chance to get to know him.

Fortunately for me, my mom recognized some familiar symptoms and extended a lifeline to me. She brought me to the doctor and got me some initial help. This was the first time I was forced to share my experiences with anyone. As much as I resisted, I knew it was what I needed. I finally saw a sliver of light at the end of a very very long tunnel.

It took me over a decade of doctors visits and exploring various wellness modalities to find a plan that works best for me — therapy, peer support and other holistic approaches. I still live with anxiety, panic and depression every day, but it no longer controls my life. Instead, I’ve taken ownership of my own mental health and that’s changed everything.

For me, a big part of my journey was sharing my story and wellness approaches. As I did, my community began to grow and it soon became clear that there was a real need for this type of support. So, I gave the community a name: NoStigmas. A new word which represents the anti-definition of stigmas:

But more than that, NoStigmas became an identity and a way of life.

A lot has changed in mental health over the past 30 years. Widespread conversation about mental illness and suicide is finally happening. In the media, on social platforms and inspiring events. Over 1.5 million people call the National Suicide Prevention Lifeline every year. That means even more people are finding hope and gaining access to the help they need. Now, it’s time to translate talk into positive action. And that starts with each of us.

No matter who you are, where you’re from, what you look like, whether you struggle with mental illness, thoughts of suicide or if you’re a survivor of suicide loss, please know that you matter. Know that you are not alone. Support is out there and you are worth helping. Please visit NoStigmas.org to join our Ally community. If you are considering suicide, please call 800-273-TALK or text “ALLY” to 741-741 for anonymous support 24/7/365. 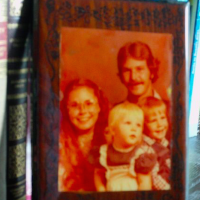