Sometimes the news isn’t as straightforward as it’s made to seem. Juliette Virzi, The Mighty’s Associate Mental Health Editor, explains what to keep in mind if you see this topic or similar stories in your newsfeed. This is The Mighty Takeaway.

On Tuesday, TIME Magazine released its annual top 10 list of fictional characters. Among characters like Pennywise from “It” and Gal Godot’s Wonder Woman was Hannah Baker, the lead character from the controversial Netflix series, “13 Reasons Why,” coming in at number nine on the list.

TIME’s explanation for Hannah’s inclusion on the list is as follows:

As played by Katherine Langford, Baker is the kind of protagonist any kid could relate to: warm yet acerbic, beautiful but insecure, popular in some ways, outcast in others. But 13 Reasons Why isn’t just a teen soap; it’s the story of Baker’s suicide, narrated by Baker herself. To critics, that was cause for alarm, prompting schools to warn parents, and parents to accuse Netflix of glamorizing suicide. But in spite — or because — of the Baker-centric controversy, 13 Reasons Why was a huge hit among teens and the year’s most tweeted-about show.

There are many things this description glosses over or ignores, but perhaps the most poignant is that, after you’ve watch the whole series, we don’t remember Hannah in “13 Reasons Why” for her “warm yet acerbic” personality. We don’t remember her for being “beautiful but insecure” or “popular in some ways, outcast in others.” We don’t remember Hannah for who she is — we remember Hannah for how she died — because that, along with the tapes she leaves behind — is really what the show focuses on. This is the heart of why Hannah Baker is such a problematic choice for the “top 10” fictional characters of 2017.

Though we don’t know the exact criteria TIME Magazine used in selecting these top 10 characters, we do know how they select their “Person of the Year.” The title is earned by “the person or persons who most affected the news and our lives, for good or ill, and embodied what was important about the year, for better or for worse.”

While I completely agree that “13 Reasons Why” was influential — albeit primarily for its controversial nature — I don’t believe it was responsible to include her in a top 10 list at all. Since it was released last March, “13 Reasons Why,” the Netflix series based on Jay Asher’s novel, “Thirteen Reasons Why,” has been the recipient of both criticism and praise from the mental health community. The show follows Clay Jensen as he goes through 13 cassette tapes Hannah recorded before her suicide, explaining the reasons (and people) that contributed to why she ended her life. Some folks have applauded the representation of a character struggling with mental health issues, while others believe the show implies there is always “someone to blame” for suicide. It’s dangerous to imply that in reality, Hannah’s tapes and suicide would inspire immediate social change — and this is a particularly dangerous message to send those who are vulnerable.

No matter what the intention was in selecting Hannah for the list, the phrase “top 10” carries an undeniably positive implication — indicating something to aspire to. In fact, the media guidelines for reporting on suicide warn against extensive coverage of suicide that sensationalizes or glamorizes a death. And while Hannah Baker is a fictional character and not a real person, making her a “character of the times” is glamorizing death by suicide — because unfortunately, we remember Hannah’s death, not Hannah. By continuing to “resurrect” Hannah, we are immortalizing her, glorifying her death and without meaning to, suggesting people will talk about you if you die by suicide. The show itself perpetuates the false belief that dying by suicide is an effective way to send a message, and this choice by TIME only perpetuates that.

There’s no question that people relate to Hannah. Many girls saw her struggle and thought to themselves, Hannah’s story could have been my story. It’s hard to watch the series and not be heartbroken about all Hannah went through. But the problem here is not really Hannah, it’s what Hannah symbolizes. The unfortunate reality is when people think about “13 Reasons Why” they often only remember one scene — the scene that graphically depicts Hannah taking her own life.

The show equates “Hannah the character” with “Hannah’s death.” Because of this, there really isn’t room to celebrate Hannah herself, a character in pop culture who experienced mental health challenges and trauma. When we do so, we are also celebrating a show that dehumanized her, making her suicide a plot tool in a pseudo-revenge “murder mystery.”

We need to stop glorifying suicide, and start seeing humanizing depictions of people struggling with their mental health. It starts with refusing to give coverage to dangerous depictions of suicide. 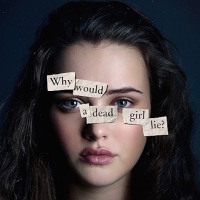