The Man My Mother Lives With

It’s hard to remember how I used to feel before the revulsion. Hard to remember when I was 10, 11, 12 and thought he was amazing. He was my mother’s boyfriend.

My father died when I was 5. My mother had boyfriends after that. All I wanted was for her to get married again so I’d have a father. But one by one they left. Or she left them — it wasn’t always clear to me. This one seemed like he’d stick around. He took me fishing. We spent time with his friends. He brought me to an outdoor fishing and hunting fair, and I shot a shotgun twice, missing the clay pigeons completely. The impact left my shoulder sore.

He spent a lot of time at our house. He brought over his books, jazz cassettes, yellow legal pads filled with clipped articles from The New York Times and New Yorker. He brought a rifle, or a shotgun — I didn’t look closely enough to detect which.

And he brought pornography. Penthouse and Forum magazines, mostly. A few novels filled with graphic descriptions of sex and violence. And I read them. And he tried to talk to me about sex.

One conversation stands out in my memory: he was encouraging me to experiment with lesbianism.

“Girls are nice!” he sniggered.

“Stop it!” said my mother. She was there. She saw. She heard.

Showing me pornography and talking to me about sex wasn’t just bad judgment on his part. It was incest. All the time we spent together doing nonsexual activities — reading and writing poetry, fishing, listening to music — that was a parental relationship. He was my de facto stepfather, even though they never got married. He still lives in my mother’s house.

I consulted with a leading expert in sexual abuse, who told me: “Incest produces intimacy disorders in adult women. Your stepfather is a predator. This was reportable, arrestable and I would report him if he’s involved with other children.”

Time doesn’t heal all wounds. Trauma leaves a lasting imprint on the body.

For decades I tried to ignore what had happened to my adolescence, even as the effects plagued me in adulthood. A raft of physical ailments. Sinus surgery. Nausea, gastritis and reflux. Fibroids that required surgery. Chronic back pain. Crippling knee pain. Neck and shoulder and ankle injuries — I’ve sprained each ankle more than twice. I’ve found that many trauma survivors are clumsy, physically uncoordinated, not at home in their own bodies. I walk into walls, bang my head on cupboard doors I’ve just opened, trip over small obstacles and uneven sidewalks.

Even worse were was the emotional fallout. Anxiety. Depression and suicide attempts. Insomnia. Binge eating — I’m lucky I never took to alcohol or sampled harder drugs. Many trauma survivors numb their pain with heroin; virtually all of the patients I saw in a methadone clinic had a history of trauma. I also manifest an “exaggerated startle response” — one of the telltale signs of traumatic injury — that makes me self-conscious when co-workers or clients innocently trigger it by tapping me on the shoulder or calling my name when I’m not looking at them.

These are the sequelae of childhood sexual abuse. Trauma leaves an impact that manifests in many ways. Years of emotional misery, physical agony. Psychologist Mary R. Harvey says, “Trauma survivors have symptoms, not memories.” It’s true that trauma fragments the memory encoding process, leaving behind shards and glints of information, pain and pleasure, some of which the brain desperately tries to bury and some of which intrudes into the present via nightmares or flashbacks.

But the body does not forget.

First I attended a survivors weekend called “Taking Back Ourselves,” and it allowed me to meet other survivors and feel validated. Developing friendships with those women and being able to speak openly of my pain was liberating. I’m sick of pretending to be “normal” when I’m damaged. I needed people who would love me despite the damage and understand that it wasn’t my fault.

I also started seeing a therapist who uses interventions that engage the body, including mindfulness, EMDR and other techniques. Successful trauma treatment requires a physical intervention, since trauma impacts not only the cognitive processing areas of the brain but also the areas that react to emotion and even regulate balance and gross motor control.

Mindfulness increases awareness of your presence in your body; you focus on any sensations you’re experiencing in the present moment, without judgment. Right now, I can feel the weight of my body pressing into the seat and back of my chair. My knees ache, perhaps because it’s a chilly day and I have the window cracked open (New York City apartments are routinely overheated); the pain is sharp over the kneecaps, dull behind the knees. I’ve just had breakfast and can feel my stomach shifting from hungry to satiated. Through the windows the sun is shining; I can hear cars driving past on my quiet street.

Developing and practicing that kind of awareness reintroduces and reconnects me to my body. Trauma ruptured that connection.

Another somatic therapy is EMDR. Without going into specifics, its interventions are bilateral, engaging both sides of the body. It’s theorized that this creates new connections and associations in the brain, strengthening a sensation of wholeness instead of fragmentation.

Trauma has lived in my body long enough. I want to get rid of it.

I’ve also joined an amazing community of survivors on Facebook, in a private group. Support during recovery is essential. I’m able to vent my frustration or ask, “Does anyone else in here scare their coworkers with their startle response?” and be completely understood.

“I know I sound like a hypochondriac, but I think I have restless leg syndrome,” I posted. Immediately the others reassured me: “You are not a hypochondriac.”

I’m not alone. Even though I live alone and have no husband, boyfriend or children. I’m reimagining what the second half of my life will look like, and coming to grips with the disappointments of the first half. I finally have a job I love where I’m respected and supported. And I might get a dog.

There is life after sexual abuse, once you recognize and treat the trauma it generates. I’m living proof. 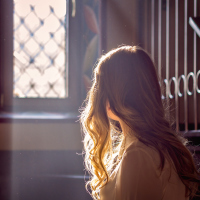