With all the recent suicides of celebrities and those local to my community, I hear a lot of, “please reach out if you’re feeling suicidal.” What the people saying this don’t realize is that it’s hard for someone feeling that way to reach out. A lot of the time, when we do reach out, it seems like we are ignored, misunderstood or considered “crazy.” Here’s one of my stories:

A couple years ago, I started to realize I was passively suicidal. This means I would think about killing myself constantly and wishing to die, but not actively having a plan with which to follow through. This was after an attempted suicide, so I was already so full of overwhelming emotions. (I should also mention I am diabetic, as it coincides with the story.)

My endocrinologist (a diabetic specialist) had asked me why I wasn’t taking care of myself — why I wasn’t taking my insulin regularly, watching my diet and so on. I was still a minor at this time, so my dad was with me, and she asked him to leave the room when she saw me start to tear up. He knew about my self-harm problem, but my doctor told him she wanted to exam my breasts so he would leave the room. She then told me to take off my sweater and show her my arms. The only self-harm scars I had on my arms were almost invisible, as I have a job where I need use of my arms, meaning no long sleeves. She proceeded to ask where I was harming myself. So, I told her it was on my legs. I was reaching out to her, and I felt like she would actually help me with finding a counselor and someone to talk to. I told her I don’t really care about living, and I wouldn’t care if I died from not taking care of myself.

She assumed I was an immediate risk — that I was actively suicidal, and not passively suicidal. So, instead of working out a plan with the pediatric psych counselor, she sent me to the psych unit for an evaluation.

When they took me to the ER to be checked in, they talked to me like I was a 6-year-old. They got all my information down, and then brought a wheelchair to put me in to take me to the psych ward.

It scared the crap out of me. I thought I was going to be locked away.

I could tell I was about to have a panic attack, so I tried my hardest to stay calm. When I got to the psych ward, they made me change into these blue scrubs and made me take off my bra. I asked why and they said they couldn’t allow me to have anything with which I could hurt myself. They took all my personal items, including my phone. That freaked me out because my phone is my crutch, especially when I’m anxious.

It had been a couple of minutes before the nurse came in to give me my evaluation. It was very stressful, and the thing that got me most was when she asked if I had ever been sexually assaulted or abused. I broke down and told her something I had only told two other people in my life. When she asked me if I wanted to officially report it, I said no. I didn’t want to cause drama or have it on my medical record. I thought it would make me seem “crazy” or broken.

At the end of the evaluation, she told me it would be a good idea to be admitted for at least 72 hours, but it wouldn’t make a difference in my ideology. She told me, for some people, being admitted can make them “worse.” I told her I didn’t want to be admitted. She gave me a couple of pamphlets, let me change and gave me my stuff back.

I wasn’t given recommendations for counselors or anything. I was just released, and it was like it didn’t even happen.

I don’t reach out to people anymore for this reason. In my experience, I feel like people only care if you’re actively suicidal, not passively. So, when people post that we should reach out for feeling suicidal, I just want to scream at them, saying, “Reach out to us! We don’t trust being the ones to talk first.”

That’s just my experience, but please think twice before saying we need to reach out. If you really do care, please check on us. For some, your message can save their life.

Photo by Tj Holowaychuk on Unsplash 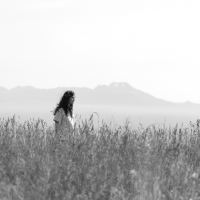