Sometimes the news isn’t as straightforward as it’s made to seem. Renee Fabian, The Mighty’s editor, news & lifestyle, explains what to keep in mind if you see this topic or similar stories in your newsfeed. This is The Mighty Takeaway.

On Wednesday, hundreds of schools were closed in the Denver, Colorado, after police received a “credible threat” from Sol Pais, an 18-year-old who was allegedly fascinated by the perpetrators of the Columbine school shooting that occurred nearly 20 years ago on April 20, 1999. After a massive search, the Denver FBI reported Pais was found and had died by suicide.

On Tuesday, Jefferson County’s sheriff department was alerted that Pais had traveled to the Denver region and purchased a weapon. According to CBS4 in Denver, Pais allegedly made undisclosed threats related to the Columbine school shooting. During a press conference, law enforcement said her alleged comments and behavior posed a “credible threat” to the community, but added she did not threaten any school in particular.

We are currently investigating what appears to be a credible threat possibly involving the schools. Children are safe. Deputies are at the schools. Multiple schools are on lockout in Columbine area & Mountains. More details to come #JeffCo pic.twitter.com/LwS6VJKxdV

State and local authorities posted on social media to update the community on the search for Pais, who they said was “armed and dangerous.” The search led law enforcement to a mountain area near Columbine where Pais was found deceased. During a press conference at the Denver FBI field office, law enforcement confirmed Pais died by suicide. An investigation is ongoing.

We can confirm that Sol Pais is deceased. We are grateful to everyone who submitted tips and to all our law enforcement partners for their efforts in keeping our community safe.

If this news is hard for you, you’re not alone. Here are three things to keep in mind if you see reports about this news:

1. For mass shooting survivors, seeing this news can be very triggering.

Surviving a major traumatic event, like a mass shooting, can have serious mental health consequences that might be triggered even by hearing about other threats of violence in the news. This goes for those directly impacted as well as loved ones and communities, sometimes years after the trauma.

Marjorie Lindholm, a survivor of the Columbine massacre, explained in an interview that when she sees a shooting in the news, she is still affected. “There’s been so many shootings on the news, and every time you read the news and something like that happens, you kind of relive what you lived through,” she said.

Research has shown those who survive school shootings are more likely to develop post-traumatic stress disorder (PTSD), acute stress disorder, depression and other mental health challenges. This includes survivor’s guilt, which can cause the same trauma-related feelings and experiences as PTSD, including a higher risk of dying by suicide.

If you’re struggling, you’re not alone. Mighty contributor Lisa Hemp, a survivor of the 2007 Virginia Tech shooting, shared her advice and support for getting through tough days. She wrote:

To those impacted by the shooting, you may feel a rush of overwhelming feelings as you reflect on the past year and look ahead to next. Tragic flashbacks may run through your head, and it might seem impossible to get away from your emotions. Outside pressure for what you will do or how you will mark the day may be overwhelming. Pause. Breathe, and breathe again. These feelings are normal. If you wait a little longer and focus on your breathing, the uncomfortable emotions will eventually pass.

As you continue your recovery journeys, I send my thoughts, prayers and a few words of advice from a fellow survivor: Don’t compare your experiences. Make self-care a priority. Be kind to yourself. Be patient with yourself. And remember, breathe.

2. Regardless of what you might hear, keep in mind the majority of those with mental illness are not violent.

This is a complicated story, and we don’t know all the details about what happened or what other factors might have been in play. Regardless, the threat of violence for the Denver community, mass shooting survivors and how it played out in the news has caused many in the mental health community a lot of anxiety and pain.

However, because it usually doesn’t take long for people to speculate about the mental health of the alleged perpetrator, it bears repeating: Most people with mental illness are never violent.

According to MentalHealth.gov, only 3 to 5 percent of “violent acts” are committed by people who live with a mental health condition. In addition, even if a perpetrator lives with mental illness, there are multiple factors that contribute to violence — the “cause” isn’t mental illness alone. Conversely, people with severe mental illness are 10 times more likely to be victims of a violent crime.

It is important to remember that only a very small percentage of violent acts are committed by people who are diagnosed with, or in treatment for, mental illness. Framing the conversation about gun violence in the context of mental illness does a disservice both to the victims of violence and unfairly stigmatizes the many others with mental illness. More important, it does not direct us to appropriate solutions to this public health crisis.

3. If this news is hard for you, you’re not alone and support is available.

You’re not alone if this news is hard for you. It’s normal to have difficult feelings or struggle with your mental health from reading or seeing something that triggers memories of your trauma. As you recover from trauma, Hemp shared an important reminder to be patient with yourself on hard days. She said:

Recovery from trauma is a process. It takes time to move through the stages the grief: denial, anger, bargaining, depression and acceptance. Not everyone will experience all stages, and the order you go through them varies. Recovery usually requires painful emotions be thoroughly processed. Journeys after trauma and loss will be different for everyone. … It is not something that will be obtained immediately, but rather a long-term goal.

Know it’s OK to prioritize your mental health and turn off the TV or walk away from social media. Prioritize self-care and reach out to others for support — you don’t even have to talk about how you’re feeling if you don’t want to and just hang out and play a game.

And if you’re really struggling or feeling suicidal, help is available. If you or someone you know needs help, visit our suicide prevention resources. If you need support right now, call the National Suicide Prevention Lifeline at 1-800-273-8255, the Trevor Project at 1-866-488-7386 or reach the Crisis Text Line by texting “START” to 741741. You’re not alone.

Share
or  Copy Link
Link copied to clipboard.
Be first
127 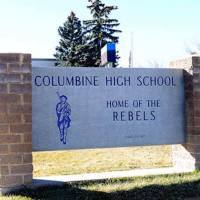