So, here are the facts: January 8, 2009. I was a senior in high school, and my parents were out of town. He was a close friend of mine, and we had hooked up (though not had sex) before. I had gotten out of a relationship fairly recently, and, because he was a close friend, I had talked to him about the fact I really wanted to refrain from having sex with anyone for the foreseeable future. So far this sounds fairly cut and dry, right? He knew I did not want to have sex and our close relationship and previous hookups don’t nullify that. But here is where it gets a little more complicated and less factual.

The reason he had come over in the first place was because we were both bored and decided to fool around. He had said he had brought condoms just in case. In the awkward word vomit of a 17-year-old, I replied that I was on the pill. To me, this was merely a statement of a fact, not a subtle agreement to have sex. But how could he have known that? This is the piece of the story where I get stuck, where I can see how that could have been interpreted as an agreement, making this — in my mind — as much my fault as it was his. Then, suddenly, he was having sex with me (assaulting me? I don’t know). I don’t remember how that transition happened. I definitely did not say “yes” at any point. He did not use a condom (which I still would have wanted, even on the pill). I was not very participatory. Eventually, I faked an orgasm so it could be over. And then he left.

It was in my own bed with someone whom I cared about very much. I took a long shower after and slept in my parents’ bed with my dog. I instant-messaged my best guy friend that I hated myself and wanted to die. I didn’t think it was an assault at the time, but, emotionally, it sure felt like one.

Further complicating matters, he had several mental health issues, including chronic suicidality and occasional symptoms of psychosis. I do not know what his mental state was that night, and whether that could have impacted our interaction. I confronted him about that night in a coffee shop parking lot a few days later, bringing up that we had had numerous conversations before about me not wanting to have sex, that I really hadn’t wanted to that night, and that I felt betrayed. He told me he was going to go home and harm himself badly because of me. In retrospect, it was perhaps a red flag for abusive and manipulative behavior to place all the blame on me. But I also think that some of his response was genuine hurt and confusion, because he had clearly not intended to hurt or assault me. He did sign my yearbook a few months later, telling me that he knew that our relationship had been complicated but that he loved me. My high school-aged sister saw it recently and asked if we had been enemies. I told her it was complicated.

I ended up getting a bad urinary tract infection (UTI) and having to tell my parents. I was vague and standoffish, alluding slightly to the fact that I did not feel that it was consensual. My step-father asked me directly, later that week, whether it had been consensual or not. I lied. I didn’t want to deal with the level of vulnerability it would require of me to talk about it. I didn’t want to hurt someone about whom I still genuinely cared, despite what had happened. It simply wasn’t worth destroying his life or jeopardizing his mental well-being. I was willing to shoulder that burden alone.

For the next few years, I didn’t tell anyone about that night and framed it in my head as “just vaguely nonconsensual sex” that I regretted. Then, I started to conceptualize it as an assault. I told a few people, and their reactions usually made me feel worse. I’ve mostly been met with blank, uncomfortable stares and a terse “I’m sorry you experienced that.” Even a therapist I once told was fairly dismissive about it. Maybe these people meant well, and I think they were erring on the side of avoiding overreacting and making me uncomfortable. They also may have been following my lead, as I try to be vague and casual when I mention it due to my difficulty in knowing how to talk about it. But my takeaway from those exchanges was usually to think that maybe they didn’t believe me or thought I was being dramatic.

Now, I don’t really know where I stand, thus the term “nonconsensual sexual experience.” I have gone over it in my head so many times, trying to remember, trying to find an answer. But the truth is, memory is imperfect, and the further away I get from it the fewer details I can remember. I am filled with “what ifs.” Sometimes, I come to terms with thinking I was raped, but then I wonder: “what if maybe I did give some indication that I was OK with sex?” If I can’t remember it clearly, then I can’t say for sure. Other people seem to know very clearly whether they’ve been assaulted. Plus, other people have far worse experiences. So, then I switch to thinking that maybe I am just making it all up and it is a regret rather than an assault. But then I wonder what if I am downplaying it out of discomfort with the reality that I was assaulted. I have occasionally found myself wishing it had been worse or more violent somehow, because then at least I would know for sure. I know that is an awful thing to think, but it’s the truth.

To be clear, I am pro-affirmative consent, and I am not excusing the behavior of rapists or other sexual assailants. On the whole, I believe that “consensual sex” is just “sex” and anything else is rape. I write this because I am willing to bet there are more people with similar experiences — people who were left behind by more narrow definitions of assault but who have also been left behind in modern movements. People who are confused about what to take as their truth. Those of us who live in the confusing grey area of “was it or wasn’t it?” Those of us who are afraid to talk about it, because it seems so vague and hard to pin down for us. The not knowing is what makes it hard to move on. The not knowing is what makes it hard to talk about. The not talking about it makes it hard to move on.

Right now, discussions of sexual violence are very black and white, even in spaces that have tried to have more nuance. People say someone was assaulted or that person is exaggerating, which makes it difficult for people who don’t fit tidily or who are confused to feel supported and heard. Rapists are (rightfully) demonized, which makes it confusing when the encounter happens with someone with whom I may, generally, have had a good, caring relationship. It is worth noting that in 8 out of 10 rapes, the perpetrators are known to the victim.

From a legal perspective, of course we need lines and definitions. But from a social and emotional perspective, there has to be more nuanced in the way we talk about and conceptualize sexual assault. My high school self could have used it, and perhaps it would have made a difference in my former friend’s behavior as well. It is an emotionally charged subject that lends itself to defensiveness and strong gut reactions, but in not acknowledging a grey area, people are getting left behind.

Photo by Pablo Varela on Unsplash

Share
or  Copy Link
Link copied to clipboard.
Be first
734 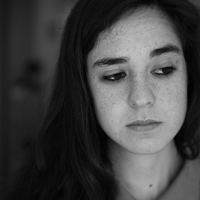