When My Ordinary Life Is Deemed 'Amazing' Because of My Disability

Every so often I get comments from people telling me how amazing it is that I do certain things. The most recent was in regards to working at a summer camp, which is all right because I love it. But why do so many people assume people with disabilities don’t do things, don’t work, don’t support themselves financially or go to college? I believe the answer is silly but simple: they can see our disabilities.

It’s silly because so many people have a disability, you just don’t see it sometimes. And people whose disabilities aren’t visible often face the opposite problem — people assuming they’re not doing everything they possibly can and are just “lazy.” The reality is we’re all human beings and if you have the abilities and passion to do something, you probably do it. If you have the passion but lack the abilities, you’ll probably work on gaining skills to do the thing, if it’s physically possible for you.

A day or two later, I was sitting with a friend who posed a question I always appreciate being asked, “Are you working anywhere else this summer?” I thought to myself, “Yes! This person gets it!” I wouldn’t expect anything less from this friend, but it was an encouraging moment in my life when so many people make assumptions.

Eric Church has a song about the words (along with things) he would kill if he could, words like cancer and hate. I would kill assumptions. Not disabilities, just assumptions and exclusion. Our problem is not our disabilities, it’s the way the world sees and treats us. I believe people were created with disabilities for a reason, a good reason. Friends, instead of assuming — just ask.

Share
or  Copy Link
Link copied to clipboard.
Be first
98 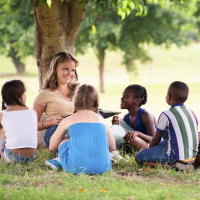