Things I Have Learned as a Samaritans Crisis Hotline Volunteer

Not everyone who rings is suicidal.

When I sat down at the first induction meeting, I already had a checklist of preconceptions. Number one: Samaritans was just about preventing suicide. Number two: every call would be from someone who was suicidal. Both of these turned out to be far from the truth and through training, I learned that Samaritans was above all a listening service. The majority of calls are not from people about to take their own life. Some are, and those are often the most harrowing, but can also be the most rewarding for listeners. Hearing a person go from uncommunicative sobs to a small laugh is one of the most touching and humbling things I will ever experience. Other callers are lonely, angry, scared, confused. Some are inappropriate and abusive (with the aim to try and get the caller to explain why they have called and why they are feeling so angry.) Every call is different and no shift is ever the same.

You cannot fix people (as much as you wish you could).

I’ve been reduced to tears listening to some people’s stories. They pour their heart out, from where it all began to what has led them to feeling like suicide is their only option. I have listened to horrific stories of abuse, neglect, physical and mental torment. Stories of loss, pain, loneliness. I listen but cannot solve. And for some, that is the hardest thing. Some callers expect solutions, answers to their problems. This is where you have to gently explain that Samaritans cannot offer advice. For some, this might  seem futile, pointless even. But reflecting and voicing everything that has been going on can sometimes be the very thing that ignites acceptance and healing. Talking and listening are simple but powerful tools.

Samaritans get things wrong, too.

Despite the thorough training and practice we are given, nothing can prepare you for the real thing. A real voice on the other end of the phone. Needing help. Needing you to be there. We are told not to self-disclose, not to discuss our personal lives, not to offer advice of any kind.  It is hard to re-direct the conversation without specifically answering the question. It is hard when you can deeply relate to a person’s situation but cannot tell them that you understand what they are going through. Some people get frustrated, angry that they are being so honest with you and you won’t even tell them small things about yourself. Sometimes we say the wrong thing, misunderstand an avenue the person is going down. Sometimes we get it wrong. We are human and we are learning.

The system is broken.

If I had a pound for every conversation about lack of mental health support, lack of access to treatment, people being told they aren’t “sick enough,” hospitals sending people away after suicide attempts without follow-up care, I would be rich enough to start my own private clinic. The mental health system is bulging at the seams. People slip through the net, left for weeks, months even years without help. And tragically as a result, some take their own life. Often, I feel helpless, listening to someone tell me how they have rang their crisis team several times but they haven’t picked up. Or the fact they are on the waiting list for cognitive behavioral therapy but it’s been 18 months and they still haven’t heard anything. I feel incapable, angry, frustrated. We are doing out best but sometimes our best isn’t enough.

Listening is a privilege.

Listening is challenging, draining, emotionally demanding  but also a complete privilege. Knowing that someone has felt able to share things that they have never shared with anyone else, be honest and raw with a complete stranger, pour their heart out at 2 a.m. after feeling like there is no reason to go on. It is a privilege to be a sounding-board and an impartial ear to those who deserve to be heard.

There aren’t enough of us.

The phones never stop ringing. Ever. Throughout the day, throughout the night. There are always emails to answer, texts to reply to. A Samaritan agrees to commit to a three hour shift a week and an overnight shift every four weeks. Most do more. Yet there is not enough of us. From listening to fundraising, collections to admin, there is a role for everyone. Volunteering is life-changing – and not just for the person on the other end of the phone. 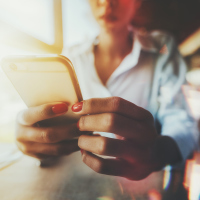